With the standard dual front airbags becoming a norm in cars across the segment in India, Volkswagen has decided to move a step further and offer two side airbags in the Vento Highline Plus variant in addition to the standard front units. The update also includes new 16-inch alloy wheels finished in Portago Grey for the Highline Plus variants and new 15-inch alloy wheels for the Highline variants.

The updated Vento lineup is available in a new Lapiz Blue exterior color option. The fully-loaded variant also receives a body-colored rear spoiler. Inside, the refreshed Vento moonstone color highlight on the center console, illuminated glove box and a USB charging port at the rear.

On the airbags count, Vento now has 4, still lesser than Honda City and Hyundai Verna’s 6, and Toyota Yaris’ 7. Rest of the package on Volkswagen Vento has been left untouched. The updates are aimed at improving the Vento’s appeal during the festive season. The stablemates Polo and Ameo also have received similar updates.

The Volkswagen Vento is available with one diesel and two petrol engine options. The lone diesel engine is a 1.5-litre unit which is tuned to deliver 110 PS and 250 Nm of torque. The motor can be opted either with a 5-speed manual gearbox or a 7-speed DSG. 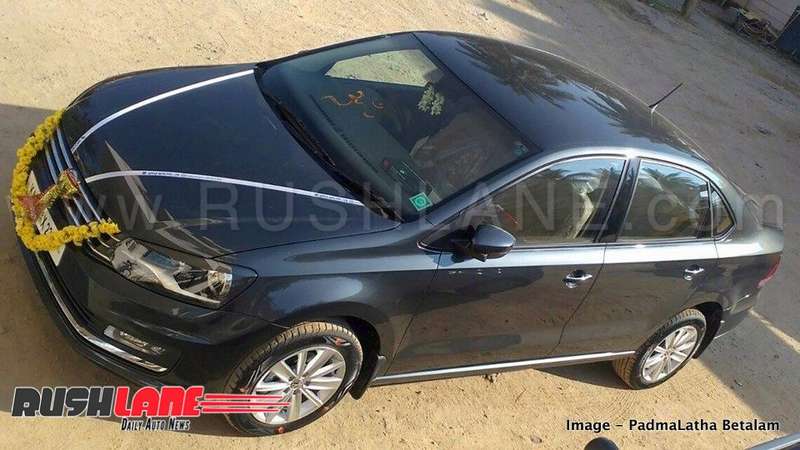 The Vento competes with Maruti Ciaz, Honda City, Hyundai Verna, Toyota Yaris and also with its sibling, the Skoda Rapid. Despite having stellar safety credentials and widely acclaimed engines, the Vento only has a marginal market share in a high-volume segment. The top three contenders (Ciaz, City and Verna) control the lions share of the mid-size sedan segment in the country.