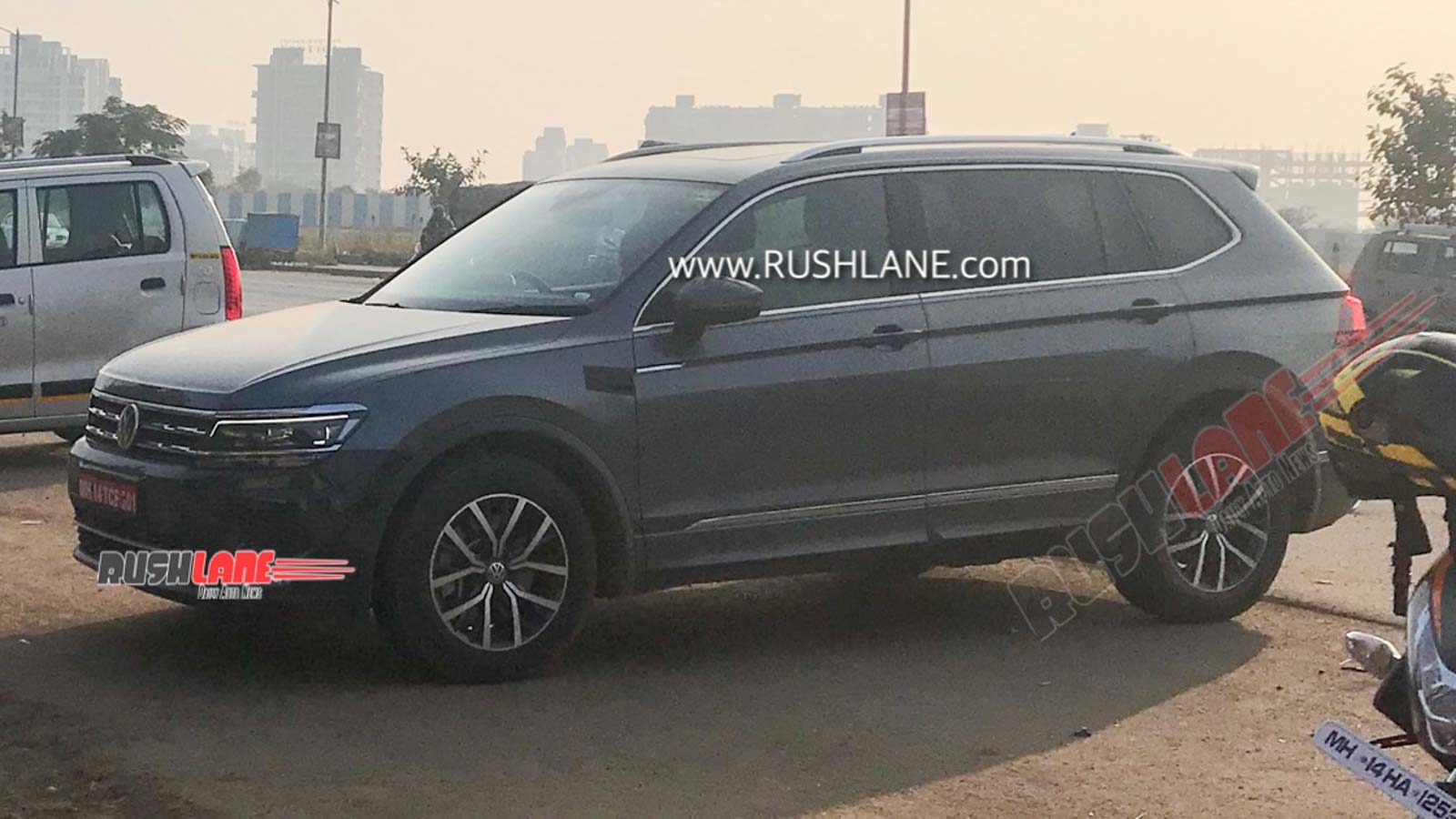 Volkswagen is actively testing the new Tiguan AllSpace in India. It will launch in early 2020 and will be a 7 seater version of the standard Tiguan currently on sale in the country. Thanks to a longer wheelbase, the AllSpace variant can accomodate added row of seats. 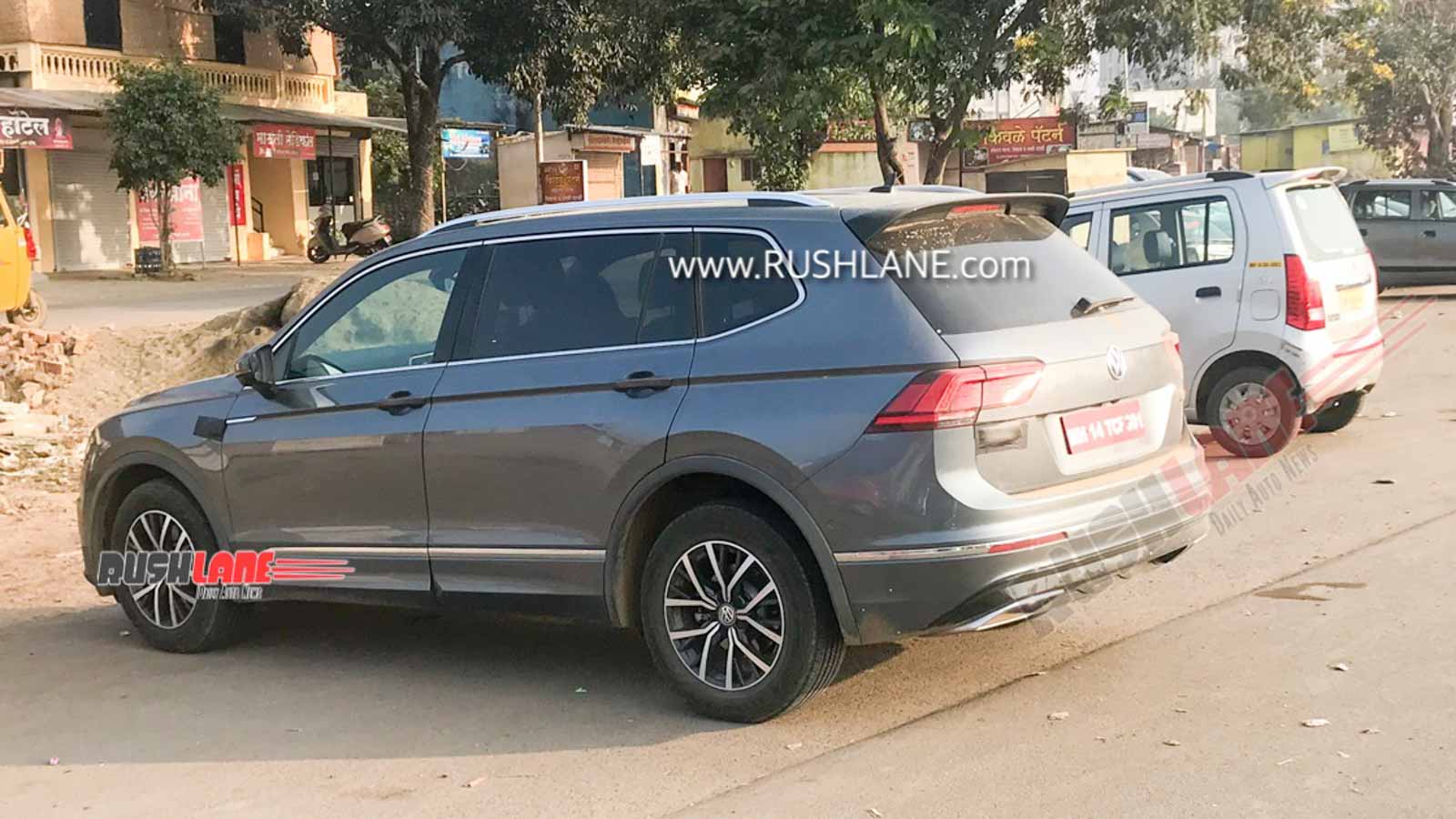 With the AllSpace being a 7 seater with third row seating, boot space is significantly reduced to just 230 liters as against 615 liters seen on the standard Tiguan. Boot space can be increased to around 700 liters once the rear seats are folded down.

Interiors of the Volkswagen Tiguan AllSpace also bear strong similarities to the standard Tiguan. The dashboard layout remains identical but with a different colour scheme while some premium features will be added to set it apart from its standard counterpart.

These will include connected car technology, digital dials and a larger infotainment screen. Other features such as cruise control, dual zone climate control, powered seating in the front and a panoramic sun roof will be similar to that seen on the standard Tiguan.

A BS6 compliant petrol engine is expected to power the new VW Tiguan AllSpace. This 2.0 liter TSI petrol engine will offer 190 bhp power and 320 Nm torque mated to a 7 speed DSG with Volkswagen’s 4MOTION all wheel drive technology. The All Wheel Drive technology will allow the 7 seater to accelerate from 0 to 100 kmph in 8.2 seconds. With the company expected to discontinue with all diesel engines once the BS6 norms come into effect, there will be no diesel engine offering on the AllSpace.

Launch in India in early 2020 will see the Tigual AllSpace 7 seater priced at around Rs.35 lakhs. It will be positioned above the 5 seater model and will compete with the Skoda Kodiaq, Isuzu MU-X, Honda CR-V, Toyota Fortuner, Ford Endeavour and the Mahindra Alturas G4.