The accident occurred at Sarpsburg in South Eastern Norway close to the Swedish border. A Volvo XC70 SUV was travelling along the road with 70 mph (112 kmph) speed limit, and veered off into the path of an upcoming 40 tonne R Series Scania filled with gravel.

The split second error in judgment lead to a head on crash, throwing the XC70 across to the side of the road due to the impact. The entire series of event has been captured on the dashcam of the car behind, while moments later the driver can be seen trying to reach out for the door handle to emerge from the wrecked car showing that he shaken but was completely unharmed. 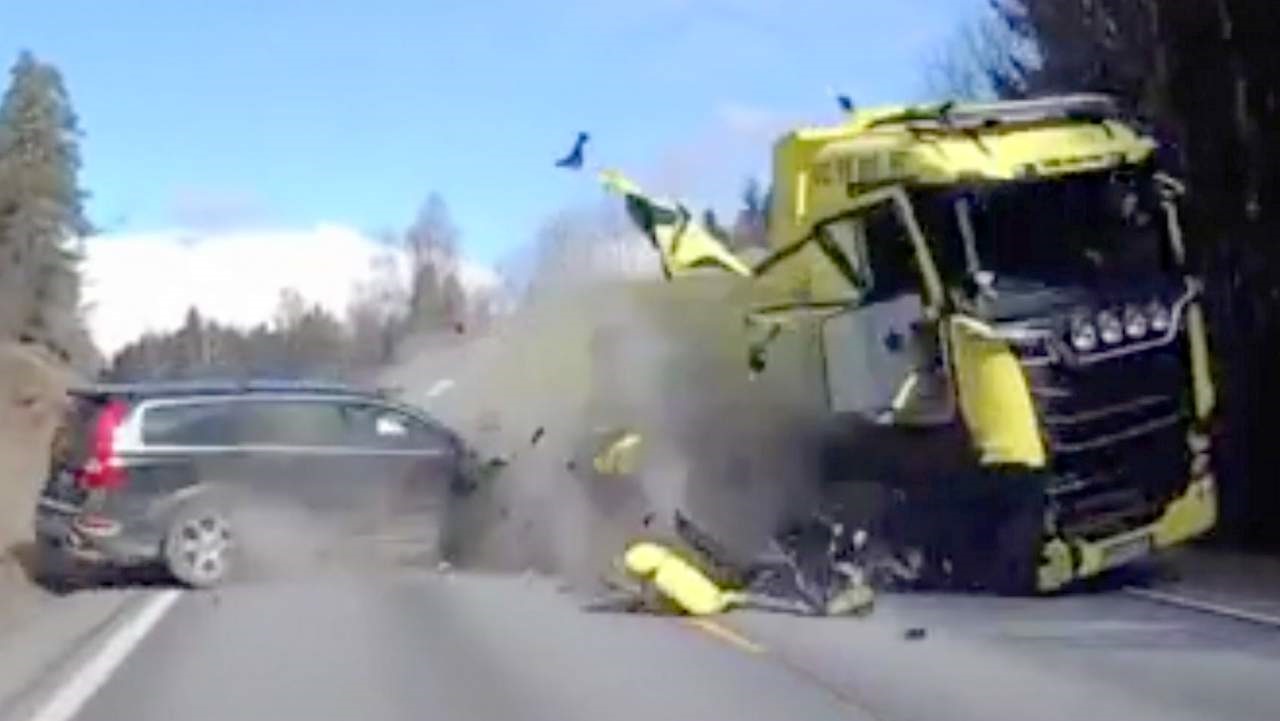 The impact of the accident was so severe that while the front of the car was completely destroyed, the impact had no effect on the A Pillar or on the interior of the car.

Thorbjørn Lerfald, who recorded the whole accident ran forward to help the driver who was just a little bloodied and shocked. Lefalt helped the man out of the vehicle through the window. Doctors who arrived on the scene stated that he had no serious injuries except for a few scratches. Watch the video below.

The exact series of event that lead to the head-on crash is not clear even as both the vehicles were travelling at high speed. The Volvo was able to absorb the entire impact, keeping its occupant completely safe. Had the driver not been in a Volvo, the results could have been tragic.

The accident, its impact and state of the Volvo XC70 post accident along with the condition of its occupant clearly shows the reason why this model has received a 5-star rating. The Volvo XC70 like the other cars in the Volvo brand is built for stability and safety. Volvo has established itself as a leading brand dedicated to the safety of its customers. Volvo XC90 has set a record as being the longest serving SUV and the only car with zero fatalities in the UK – meaning that no one has ever died in an XC90.