Volvo India is getting ready to launch a new super luxurious 3 seater version of the XC90. Based on the XC90 Excellence, this SUV will only sport three seats. It will be the only 3 seater car on sale in the country.

This 3 seater version of the XC90 will be seen with a single seat in the front row for the driver and two seats at the rear. In the place of the second seat in the front, which is normally seen vacant, especially in chauffeur driven vehicles, Volvo has designed to deliver more comfort to rear seat passenger.

The extra space in the front also houses a box. On the outside of this box, there are cabinets for storage of smaller items. There is also a screen that functions as a workstation table. The box also opens out so that passenger at the rear can rest their legs. Even the passenger seated behind the chauffeur, receives a foldable work station.

The interiors of the new Volvo XC90 Excellence also boast of ambient lighting, a mini fridge positioned behind the rear arm rest and space for wine glasses at the rear. Rear seats are electrically adjustable and movable and come in with heating function while the front screen is also electrically powered and a glass partition separates the passenger area from luggage area. 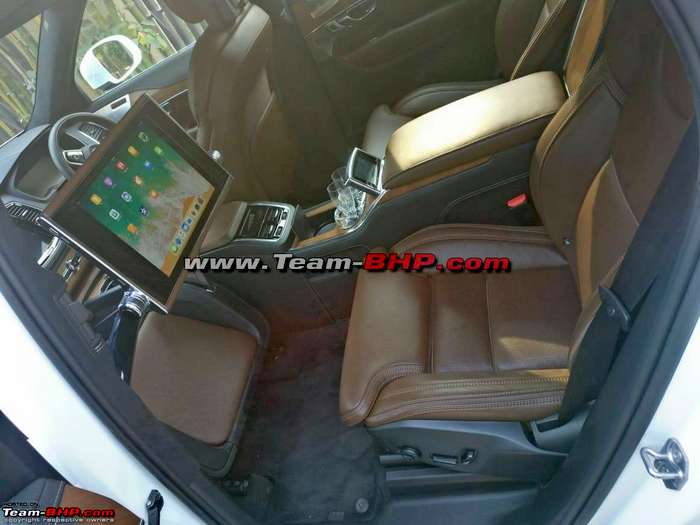 Volvo XC90 Excellence will be powered by a hybrid engine as is seen on the 4 seater variant. This 2.0 liter, supercharged, 4 cylinder petrol engine offers 315 hp power and 400 Nm torque. The electric hybrid system offered an extra 86 bhp power and 240 Nm torque taking total to 401 bhp power and 640 Nm torque. The engine will send power to all four wheels via an 8 speed automatic transmission.

Speaking about Volvo India, they have managed to deliver their best sales performance till date in the country for 2018. They have recorded 30 percent growth in the year ended December 31 2018. The company has noted increased sales for the models built on the SPA and CMA platforms that include the XC60, XC40, XC90 and the S90. Of these, the XC60, XC90 and S90 are assembled locally in India while the XC40 is sold as a Completely Built Unit (CBU).