Home Everything Else 26 yr old who went to party in Gurgaon, robbed of his...

26 yr old who went to party in Gurgaon, robbed of his Maruti Baleno at gun-point 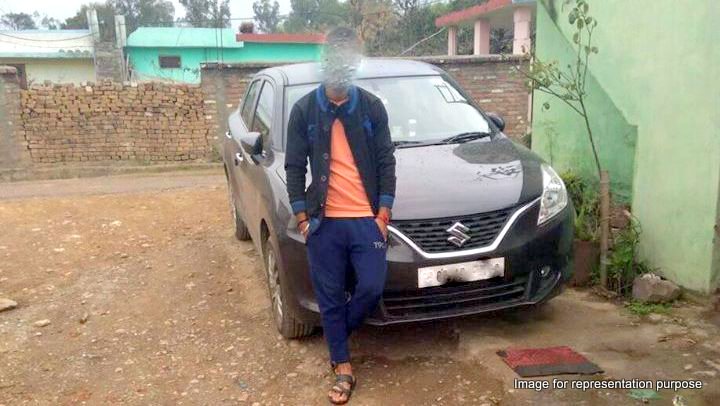 On Sunday, 26 year old Sidharth Mandal from Delhi was relieved of his new Maruti Baleno, cash and 2 mobile phones from Sector 14. Mandal had come from Uttarakhand to the city to attend a party.

At around 10 pm when Mandal waited for his friend at the Rajput Vatika area on the Old Delhi Gurugram Highway in Sector 14, he had parked the car and was talking to the same friend he was waiting for.

All of a sudden, a man reached inside the open car window and pointed a gun to Manda’s head. Two of his accomplices got into the car and sat in the driver’s seat.

The two at the rear pulled Mandal into the rear seat while the gun brandishing thief sat in the driver’s seat. The relieved Mandal of Rs 10,000 cash and 2 mobile phones and dumped him at the Dwarka Expressway and sped away into the darkness in his Baleno.

Mandal walked a few miles to a farm house in the Garhi Harsaru village. The guard helped Mandal call up the police and an FIR was registered against the three accused under section 379-B (snatching and use of force) and 34 (common intention) of IPC and Section 25-54-59 of Arms Act at Sector 14 police station.

CCTV footage of the area is being assessed and ASI Trilok Chand, Investigating Officer has assured Mandal that the accused will soon be arrested.