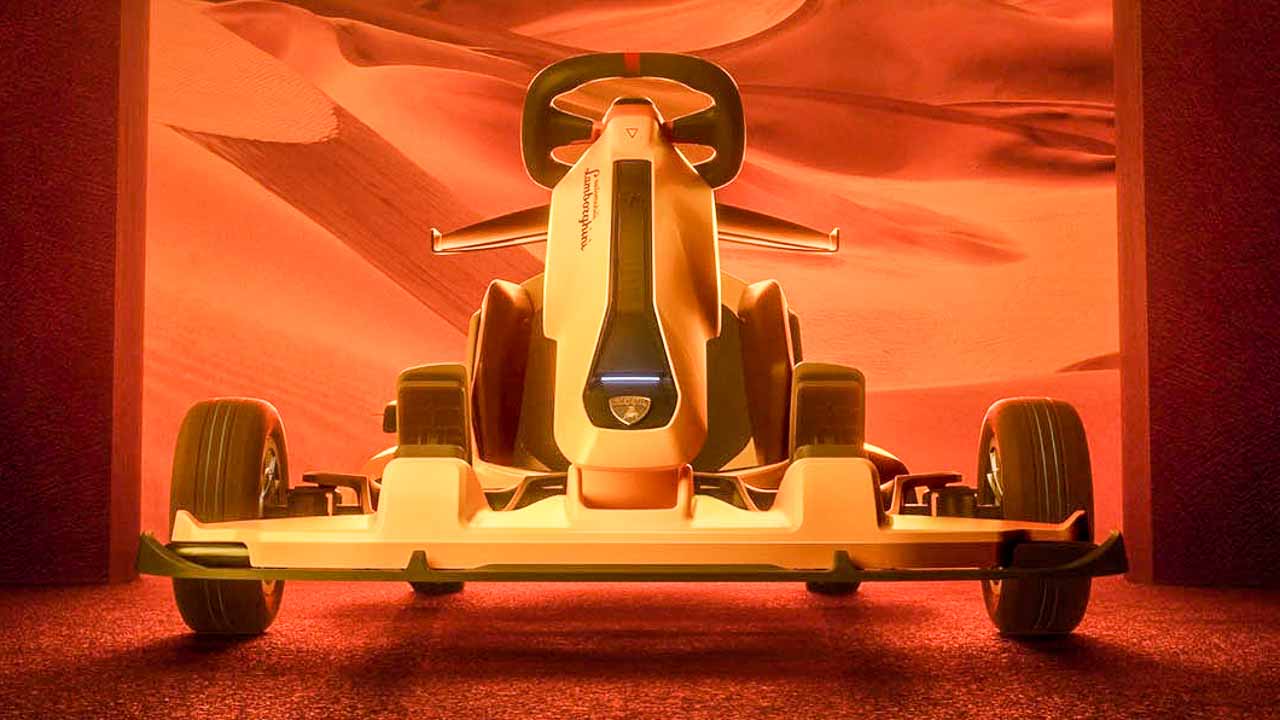 Chinese electronic giant, Xiaomi has teamed up with Italian supercar giant Lamborghini to jointly develop a special edition of the Ninebot Go-Kart Pro which is fully electric. Xiaomi announced this development on the occasion of its 10th anniversary which is being celebrated this month.

This new super go-kart is expected to be something more than just a sticker of a bull pasted on the body. Xiaomi and the Italian supercar marque have come together to develop a more potent form of the already existing standard go-kart which is supposed to take inspiration from Lamborghini’s Huracan. The new model will not only be quicker but is said to carry forward some supercar aesthetics from Lamborghini as well.

The images show the Ninebot GoKart Pro Lamborghini Edition wearing the sports car manufacturer’s Giallo Orion colour. At the front, it dons ‘Ice Lake Blue’ LED headlamps which is very useful if one intends to drift in dark. It also gets an audio emulation system that gives a proper feeling of how a Lamborghini would actually sound.

It is powered by a 432 Wh battery pack that gives an impressive performance of 25 kms range or a 62 lap sprint across a 400m track. On the other hand, the standard go-kart offers a range of 22 km. The go-kart can attain a top speed of 25 miles per hour (40 kmph). Xiaomi claims that it can hold masses up to 100kg which makes it possible for kids as well as adults to ride.

Compared to the standard Ninebot Go-Kart, which is sold in the US by Segway, this Lamborghini Edition is way much swifter. Its top-speed is 4.8 kmph more than the standard go-kart. This special edition also comes with a Superleggera rear wing and a chin splitter. However, the biggest highlight remains the F1-inspired steering wheel which comes equipped with a functional digital speedometer and a red stripe centre for that added racer vibe.

It also comes equipped with a four-speaker audio system which lets you enjoy your favourite tunes via Bluetooth connectivity. It also gets custom-made tyres which make it easier to drift. Both- the standard as well as the Lamborghini edition come with a foot brake and a handbrake.

The Ninebot Go-Kart Pro Lamborghini Edition has been priced at $1,500 USD which roughly translates to INR 1.10 lakh. This is about $200 more than the standard version. It will be sold exclusively in China, at least initially, though it is expected to reach a wider audience in the future.