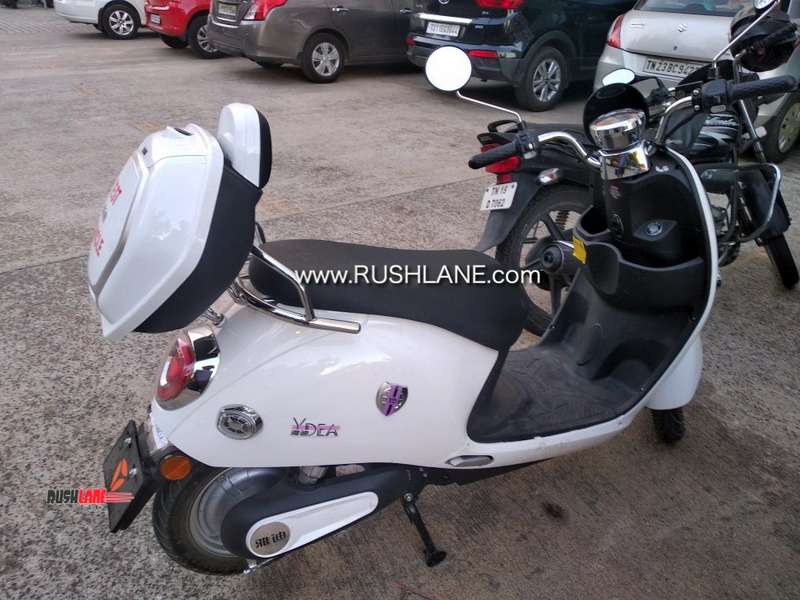 India’s push towards mass electrification of two wheeler segment in a short time span has put homegrown automakers in immense pressure to deliver. Meanwhile, the government’s move has got several two wheeler manufacturers from the other side of the Himalayas with ready access to low-cost EV technology interested.

In the foreseeable future, we could be seeing more than few Chinese electric two wheeler brands either setting up shop in India independently or entering the market through local manufacturing and distribution partnerships. Looks like Yadea, one of China’s leading e-scooter and e-bicycle manufacturers, is already in advanced stages of finalizing its India entry. Images credit to Suresh Kumar.

A Yadea electric scooter has been spotted in Chennai without any camouflage. The scooter features ‘Test Vehicle’ sticker on its rear mounted luggage box. The vehicle could be here for any number of reasons such as initial evaluation, customer clinic, or even for benchmarking by a rival. 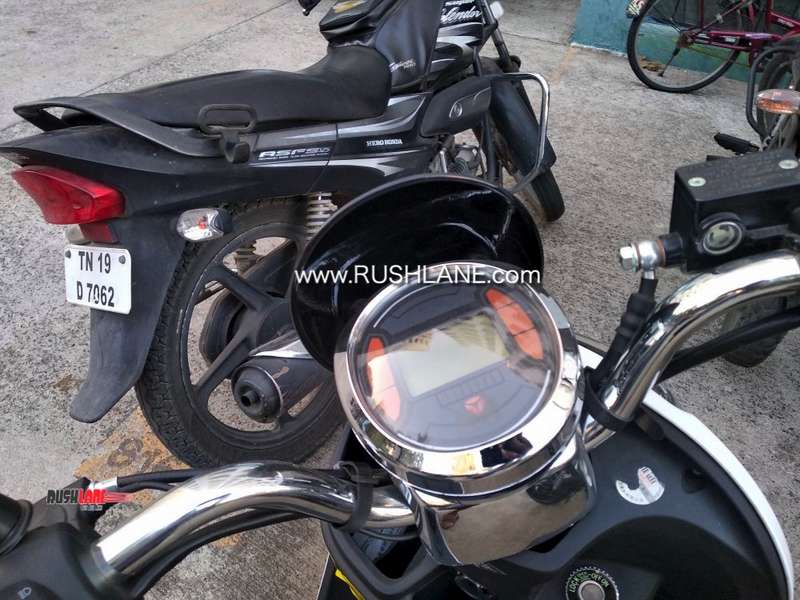 A quick look at Yadea’s global website reveals that the Chinese brand has 19 e-scooters in its portfolio. Interestingly, the one spotted in India doesn’t exactly match any of them but it looks awfully close to the YD-EM186.

With an unconventional apron, bulging headlamp, and fairing less handlebar, the e-scooter’s design is quirky to say the least. The EV sports a large chrome instrument dial with digital display, cubby holes in the apron, spacious seat, steel grab rail with pillion backrest and a removable storage box.

The company’s official website has limited details about the specification of YD-EM186 scooter. It is equipped with an 800W electric motor (type not mentioned) which is supported either by a 60V 20 Ah battery or a 48V 20 Ah unit. The scooter has a claimed top speed of 45 kmph and a range of 55-60 km.

Yadea has been making electric scooters since 2012 and already has presence in over 50 countries through over 1,700 distributors. According to the company’s website, the brand owns over 600 patents across different domains and has an installed annual production capacity of 6 million units.