Apart from Marvel superhero-inspired liveries and body decals, there have been no changes made on these special edition models from Yamaha

Well, if you are Marvel fan and have some interest in automobiles then it could be the best time for you. Recently, TVS Motor company introduced a special edition model of its power scooter called Ntorq Avengers Edition which took every Marvel fanboy by surprise.

This time it’s Yamaha’s turn to replicate something similar. Yamaha has launched its most popular quarter-litre motorcycle FZ25 in a Marvel-inspired Limited Editions model in Brazil. The FZ25 is popularly known as Fazer 250 in the South American country.

The Avengers Edition of FZ25 has been offered in two themes- Captain Marvel and Black Panther. Apart from this, the Japanese bikemaker has launched a similar special edition model of its dual-purpose motorcycle Lander 250 which gets Captain America inspired colour scheme.

All three motorcycles get superhero-inspired liveries and decals on their body panels. The FZ25 comes with matching rims whereas the Lander 250 misses out on this design attribute. 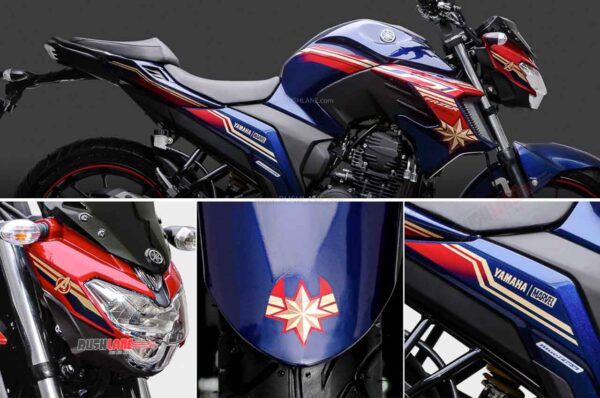 Interestingly, Yamaha FZ25 Avengers Edition has been priced at 18,090 Brazilian Real which roughly translates to INR 2.45 lakh and is Rs 4200 cheaper than the standard model. On the other hand, the Lander 250 is retailed at 19,290 Brazilian Real, which is around INR 2.62 lakh. Other than the change in body graphics, there has been no update on these bikes either aesthetic or mechanical.

The latest BS6 compliant FZ25 received a minor makeover earlier this year which brought an updated front face. Its wide range of equipment consists of an LED headlamp, digital instrument console, dual-channel ABS and a side-stand engine cut-off switch to name a few. 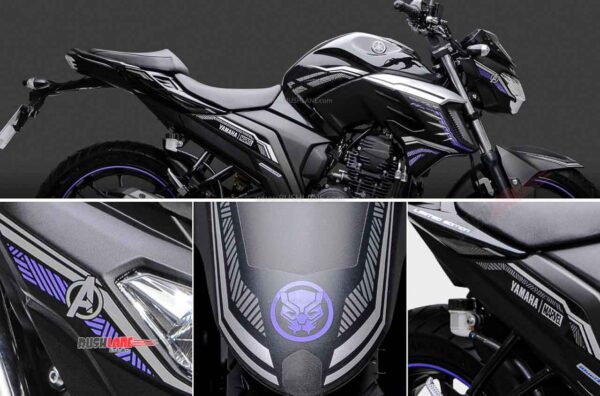 Apart from these special edition models, Yamaha also offers R15 V3 derived NMax 160 in special Star Wars Edition in two colour variants: Galactic Empire and Alliance Rebel. The Marvel Edition FZ25 will surely attract a lot of younger audiences in our country if launched. However, there is no official word from the Japanese brand regarding this. Meanwhile, the manufacturer recently launched a colour customisation option for MT-15 in India which lest a buyer choose from 11 different colour combinations.