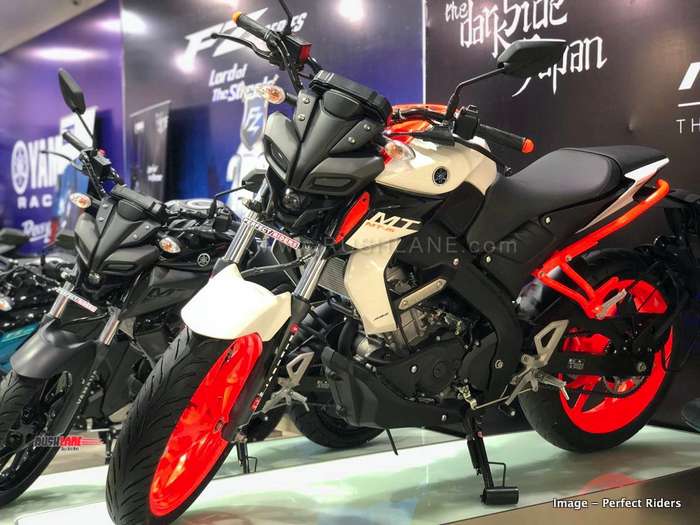 Yamaha MT15, the naked, street fighter motorcycle, has been noting outstanding sales performance ever since launched. Introduced in March 2019, Yamaha MT15 registered sales of 5,203 units in the first month of launch, outselling rival KTM 125 Duke for the month. In March, it could be noted, that sales of the Yamaha MT-15 has beaten combined sales of both the Duke 125 and Duke 200.

Yamaha MT-15, at the premium end of the 150 cc segment, is priced at Rs.1.36 lakhs which makes it more expensive than rivals such as the TVS Apache RTR 200 4V, Bajaj Pulsar NS 200 and KTM 125 Duke. Its features include a wider and higher set handlebars, a more comfortable riding position, twin LED daytime running lights, projector lens LED headlamps and a digital console.

Offered in two color options of Dark Matte Blue and Metallic Black, the Yamaha MT-15 shares most parts with the R15 V3.0. It gets its power via the same 155cc single cylinder, liquid cooled, Variable Valve Actuation System offering 19 bhp power and 14.7 Nm torque mated to a 6 speed transmission with assist and slipper clutch. Suspension is via telescopic forks in the front and monoshock at the rear and braking is via disc brakes at both ends.

The KTM Duke 125 on the other hand is powered by a 124cc, 4 stroke engine offering 14.5 bhp power and 12 Nm torque mated to a 6 speed manual gearbox as standard. This engine has no slipper clutch on offer and overall is less powerful than the engine powering the Yamaha MT-15. The differences also lie on the fact that the Yamaha MT-15 has a Deltabox frame unlike the trellis frame seen on the Duke 125.

Priced higher than KTM Duke 125 by Rs.12,000, the Yamaha MT-15 is a naked streetbike and is based on the company’s MT series. It boasts of added power and torque as compared to its KTM rival with better looks, reliability and refinement. 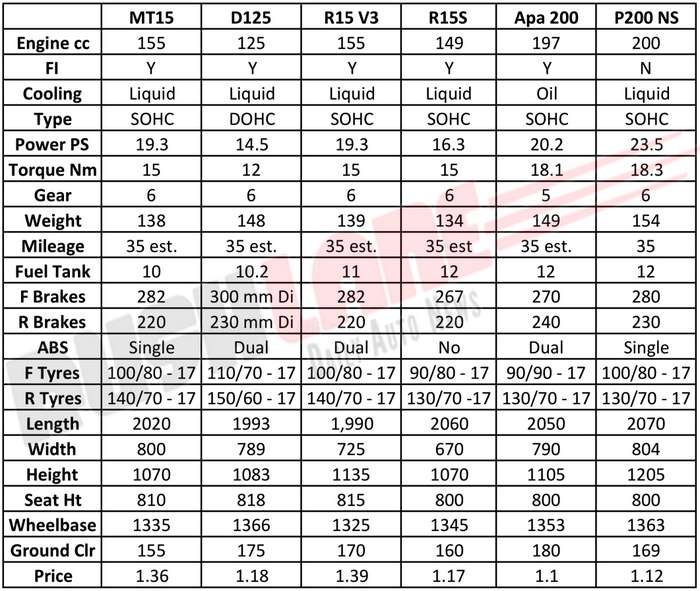 Sales of premium motorcycles have been reducing over the past few months due to a slowdown in the Indian economy. Both the competitors, Yamaha MT15 and KTM Duke 125, have been affected by this slump but sales should see some revival once the economy is back on track.