Following a strong indication in January 2019 that Yamaha MT15 was coming soon, booking for the bike opened in February. Dealers we spoke to, have revealed that there has been a good response to the bike and enquiry numbers are substantial.

Yamaha India started the year with multiple launches in January – FZ-FI ABS, FZS-FI ABS, FZ 25 ABS, and Fazer 25 ABS. They are now getting ready for the launch of MT15, which will take place on 15th March at the BIC. 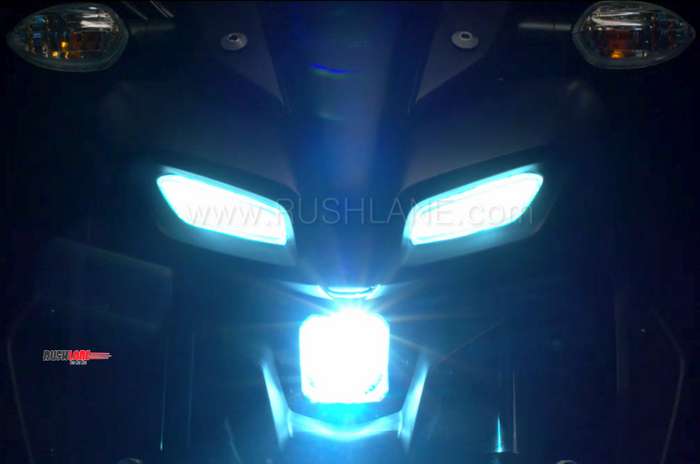 New Yamaha MT15 for India, is different than the internationally available MT15. The changes are done to keep costs low, and price the bike aggressively. The two major changes are telescopic forks in the front, instead of USD and a less contoured fuel tank instead of the more sporty and bulky fuel tank on offer with international-spec MT15.

Test ride and display bikes have arrived at dealerships. Two colour options have been spied till now. One is matte blue, which is also the communication colour of the bike. Another colour that also has been spotted, is Darknight, same as seen on R15 V3. Yamaha’s MT15 in India will follow the ‘The dark side of Japan’ theme, which is also followed by international version. Ahead of launch, Yamaha India has now shared the first teaser video with the caption – Ready to join the Dark Side of Japan?

Powering the new Yamaha MT15 in India will be a single cylinder 155 cc engine which also powers the R15 V3. This engine is capable of delivering 19.3 PS power and 15 Nm torque via six speed gearbox. This makes it the most powerful motorcycle in the segment.

Other changes on India spec MT15 noticed are the presence of more affordable MRF tyres, different alloys, saree guard, mud guard, etc. Instrument cluster is same as R15 V3, which is a fully digital unit. Thanks to being lighter than R15 V3, it will be better in performance too. Braking will be via disc brakes. ABS will be standard. Prices are expected to start from Rs 1.2 lakhs, ex-sh. Making it about Rs 20k cheaper than the R15 V3, but still the most expensive 155 cc naked street motorcycle in India.