Overall, the Japanese motorcycle brand sold 39,405 units last month against 60,116 units back in November 2018; a sales decline of more than 34%. Tough competition and the wait for BS6 models are two major factors that caused this downfall.

The Yamaha FZ 150cc series became the brand’s best-seller and the only product to achieve a positive sales result in the month of November 2019. Compared to the same month last year, sales grew by 22%. 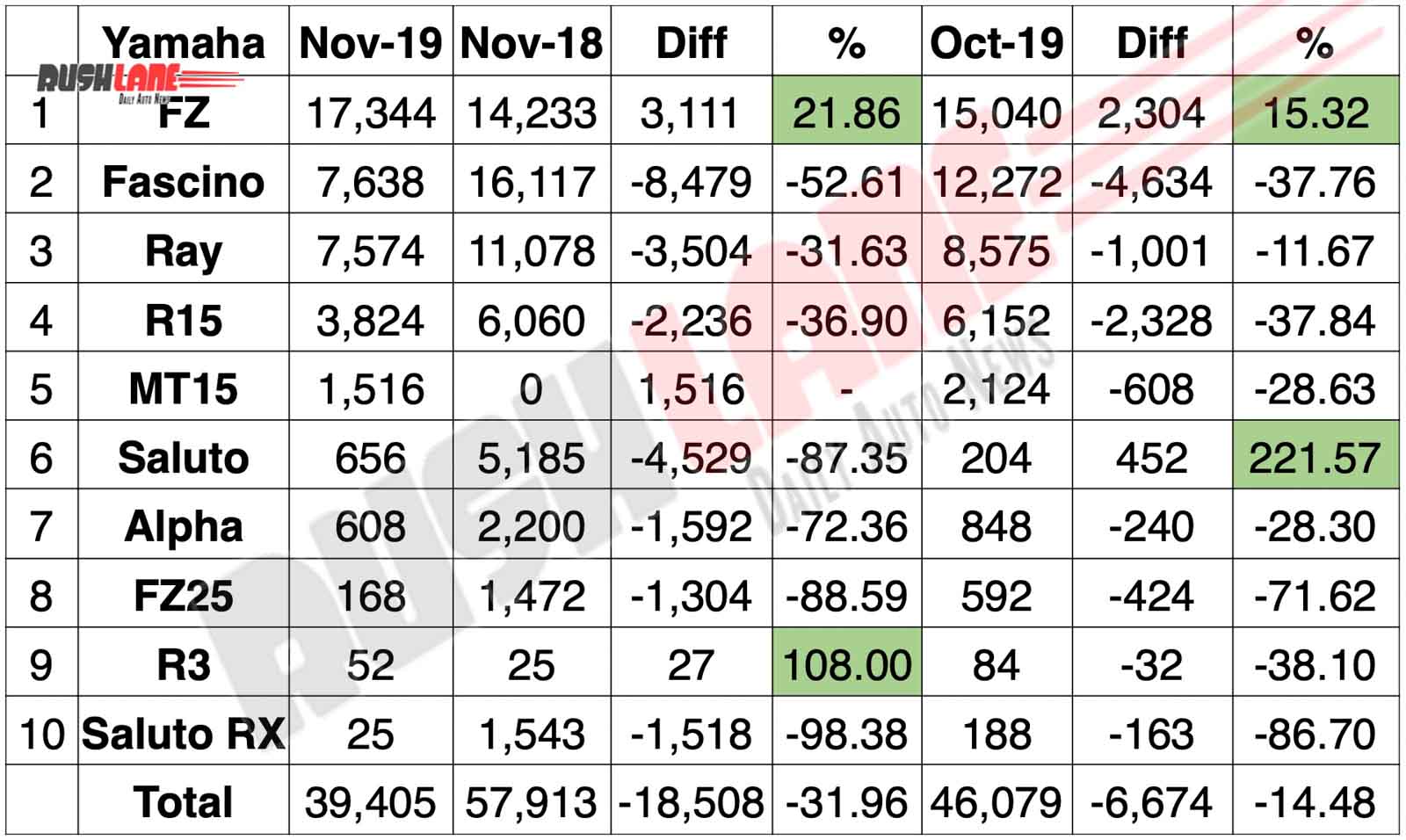 The Yamaha R15 V3.0 is easily one of the best single-cylinder motorcycles in 150cc segment, available on the Indian market today. At 3,824 units, the sports motorcycle faced a sales drop of 37% in November 2019. Its naked sibling, the Yamaha MT-15, is the only remaining product on the chart to attain a four-digit sales figure. Launched earlier this year, the motorcycle hit 1,516 units last month.

The Yamaha Alpha is the less popular scooter offering from the brand. For the same reason, it could gather only 608 units in sales compared to 2,200 units back in November 2018. The Yamaha Saluto performed slightly better than the Alpha and gathered a sales figure of 656 units, despite facing a massive downfall of 87% compared to November 2018.

Matters became even worse for its RX variant. The Saluto RX could sell only 25 units last month while the figure was decent at 1,543 units back in November 2018; a sales drop of 98%. The Yamaha FZ25, unlike its 150cc siblings, faced poor market performance in November 2019. It could gather only 168 units even though sales were decent a year before, at 1,472 units.

Finally, at the bottom of the list is the Yamaha YZF-R3. It garnered a sales figure of over 50 units in November 2019, which is more than double its performance back in the same month, last year. Even though sales happened in just two-digit figures, it is not fair to compare the R3 with other mainstream Yamaha products. The Yamaha R3 is a parallel-twin sports motorcycle placed in a higher price bracket on the Indian two-wheeler market.