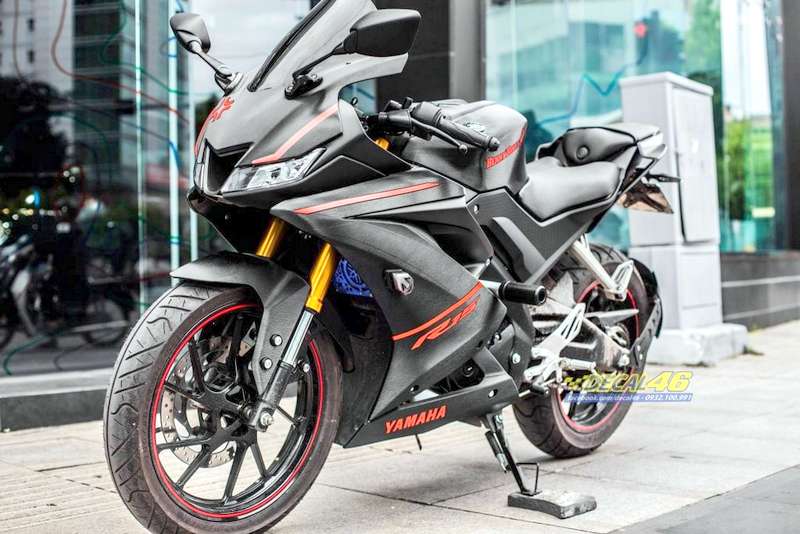 Folks at Vietnam-based Decal 46 has come up with a tasteful wrap for the already sharp looking Yamaha YZF-R15 V3.0. Themed around Benny Bunny, a lesser known cartoon character, the motorcycle features a matte black wrap with contrasting red decals at strategic places (and Benny Bunny branding on the fuel tank).

While there are no further cosmetic changes, the wrap and decals are executed so well that the motorcycle looks much sportier than the stock version. Decal46 has also thrown in a pair of very useful frame sliders to protect the front fairing panels from a fall. The tinted windscreen and red rim tapes go well with the dark color theme.

The Vietnam version of the Yamaha YZF-R15 V3.0 features golden coloured upside inverted telescopic front fork while the Indian-version makes do with a regular telescopic unit due to cost constraints. Rest of the specifications are identical. 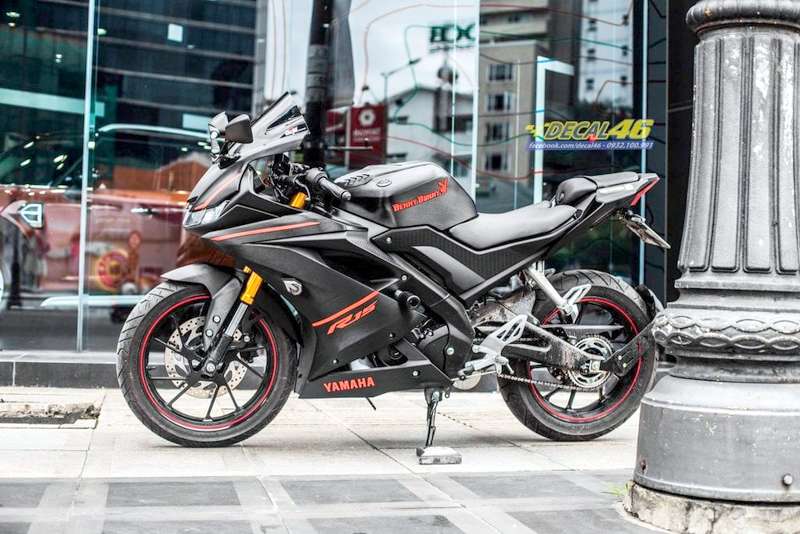 The feature rich R15 V3.0 would be receiving an update in India before the BS-VI deadline (1st April, 2020). We don’t expect much to change except for some engine tweaks and new colour themes. So far, the third iteration of the R15 had been sold alongside its predecessor R15S in India but the latter has been discontinued after ABS become a mandatory fitment. Yamaha is reportedly considering a new R15S variant based on the V3.0 with a single-piece seat and single-channel ABS.

The Yamaha YZF-R15 V3.0 locks horns with its own street figther sibling, the MT-15, and the recently launched KTM RC 125. All these motorcycles target young audience who are taking baby steps in the world of premium motorcycles.