Vehicle modifications have been declared ‘illegal‘ in the country by Supreme Court, but the world carries on with the trade. In the latest from mod world, that’s getting everyone’s attention, is this extreme modification done on Yamaha R15 V3. A number of changes have been introduced and final output looks absolutely stunning. The mods have been carried out in Indonesia by DMX Graphic Art.

Front section of the modified R15 immediately grabs your attention with its dominating stance, which appears to be inspired by R1. It features projector lights, an addition to factory fitted dual LED headlights. A tinted finish has been added to the windscreen and sporty graphics under the wind deflector seem to extend the unit all the way to the air-scoop. 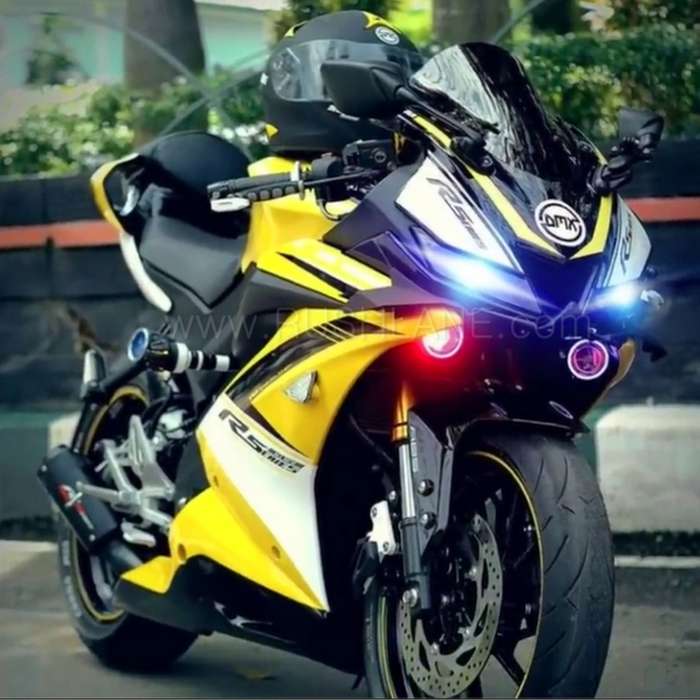 Contemporary LEDs now adorn this beauty, which have been installed as a replacement for stock front blinkers. It’s easy to see that modifications have been carried out with great finesse, as all new components fit snugly with the fairing.

Handlebars have been left untouched, but the bike augments its sporty appeal with a pair of MotoGP-inspired lever protectors. Cosmetic enhancements that add to the bike’s aggressive looks include winglets that have been installed close to the headlight. Usability improvements include a pair of frame sliders that have been added to protect the bike’s bodywork in case of a skid. 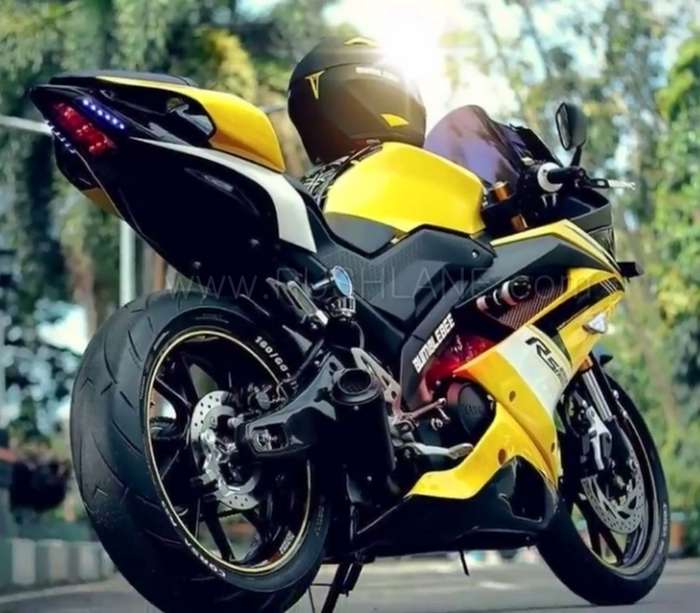 An aftermarket SC-Project exhaust can also be seen, which significantly improves the bike’s aural appeal. Being part of the bike’s performance enhancement package (PowerTRONIC), the free flow exhaust is also functionally relevant. With the fenders removed completely, the rear section gets a cleaner look. There are custom blinkers as well, installed close to the tail light.

In addition to the stock LED headlights, there is an addition of more LED lights and its vibrant red glow adds a striking contrast to the bike’s yellow character. Engine performance has also been improved with PowerTRONIC ECU, but exact values have not been provided. Yamaha R15 V3’s stock 155 cc liquid cooled engine delivers 19.3 hp power @ 10,000 rpm and 14.7 Nm of torque @ 8,500 rpm. Engine is mated to a 6-speed gearbox and comes with Variable Valves Actuation (VVA).