Over the weekend, Yamaha concluded its first ‘The Call of the Blue’ brand engagement activity at ECR Speedway, Chennai. Alongwith a wide range of bikes on display, Yamaha conducted activities that focused on track riding, and test rides at the Gymkhana riding track. Highlight was the all new Yamaha R15 V3 MotoGP Edition.

Motofumi Shitara, Chairman, Yamaha Motor India group of companies said, “Yamaha is extremely convinced to put together a brand engagement event following a vibrant riding culture of Chennai which is also a great market for Yamaha. The excitement and style that is offered to Yamaha customers through such initiatives is only what counts for us as a ‘kando’ creating company.” 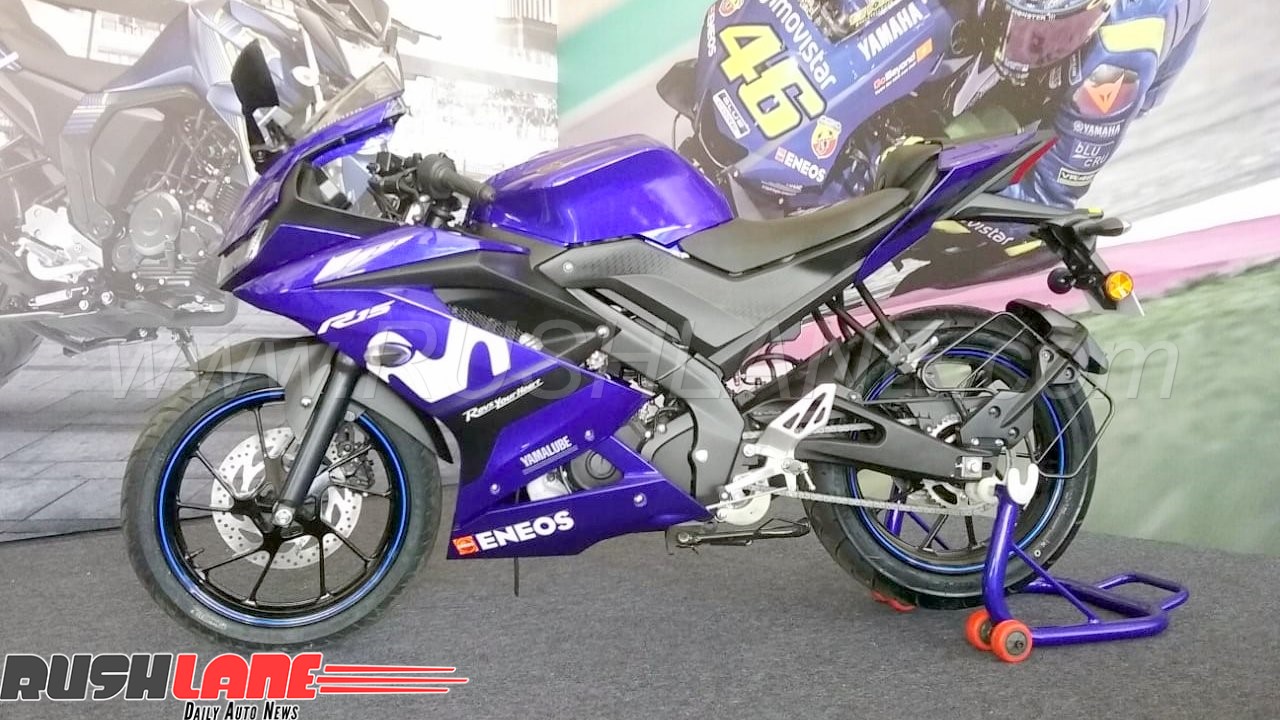 Yamaha R15 V3.0 MotoGP Edition is launched in India. It has started making its way to company show rooms and carries a price tag of Rs 1.30 lakhs. This is a limited edition which is restricted to just 5,000 units in India with 4,000 units offered in the first phase.

The limited edition Yamaha R15 V3.0 MotoGP Edition is identical to its normal model but gets Yamaha MotoGP Team Livery and a Yamaha Racing Blue color. It is seen with visual add-ons such as Valentino Rossi’s racing number 46 in addition to Movistar and Eneos logos and a ‘Bibendum’ (Michelin Man) logo on the front mudguard, which makes it Rs3,000 more than its standard colored counterpart. 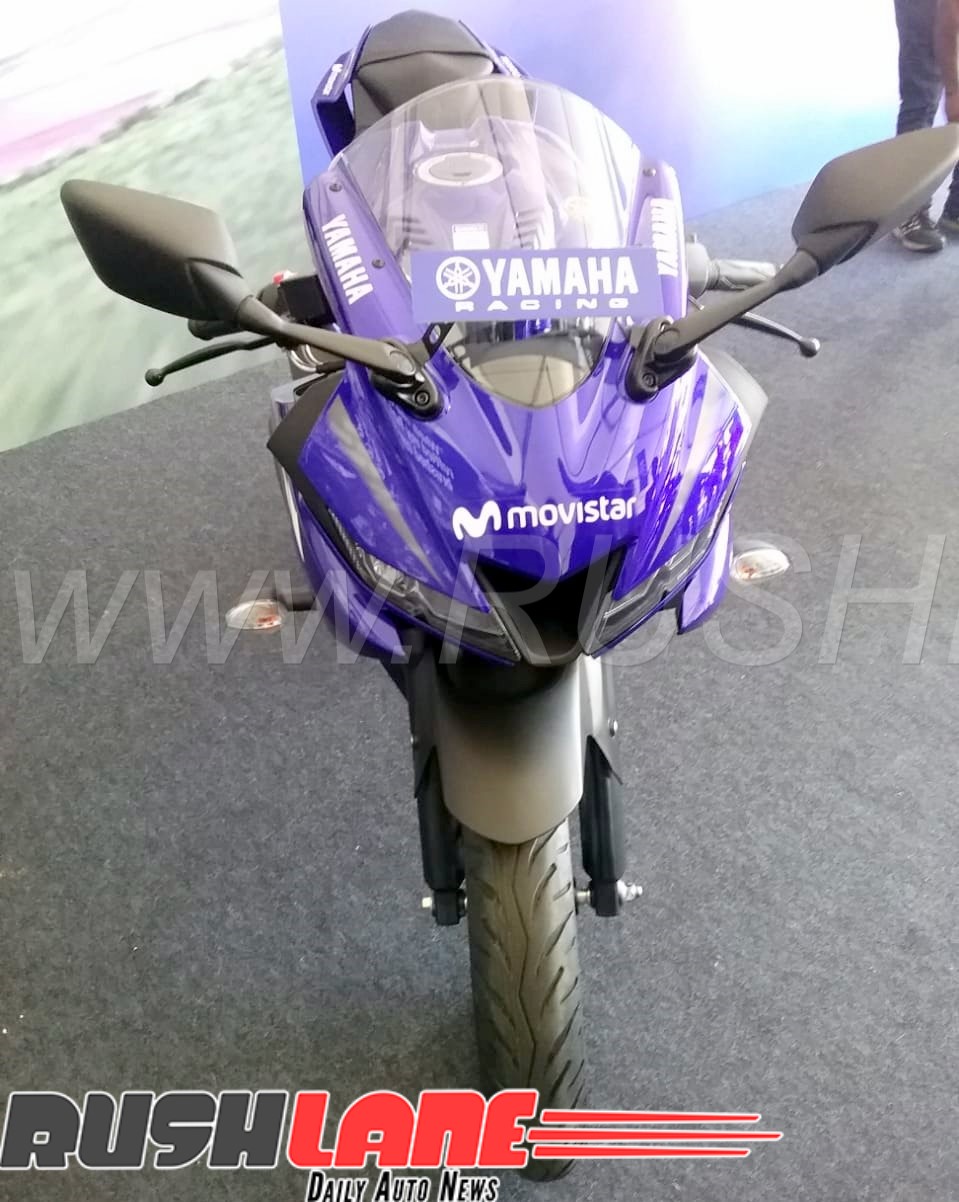 Apart from these visual accents, the bike sports the same 282mm front and 220mm rear disc brakes without ABS and telescopic front forks and rear monoshocks for suspension duties. It gets its power via the same 155 cc, liquid cooled, SOHC engine offering 19.3 PS power at 10,000 rpm and 15 Nm torque at 8,500 rpm mated to a 6 speed transmission with assist and slipper clutch and Variable Valve Actuation.

The bike sits on 17” wheels and is fitted with 100 section front and 130 section rear MRF tubeless tyres. It can also be had with options of Metzeler Sportec M5 rear tyres and track only Daytona full exhaust system. Yamaha R15 V3 competes with the Bajaj Pulsar RS200 and KTM RC200 in India.