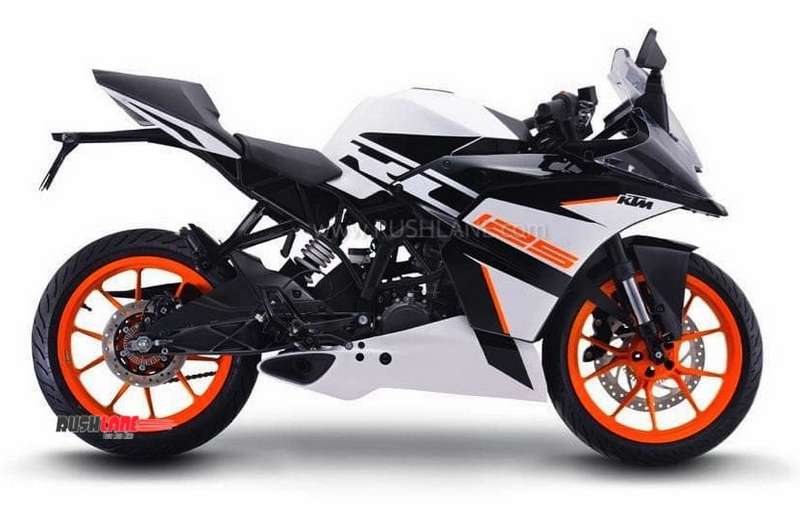 KTM RC 125, a bike which was produced in India exclusively for exports, is now launched in the country. Being launched at an introductory price of Rs.1.47 lakhs makes the new RC125 the most affordable fully faired motorcycle on sale in the country. Bookings have opened at the company’s 450 showrooms at a down payment of Rs.5,000 with deliveries promised from the end of this month.

At this price point, the KTM RC 125 is more expensive than the Yamaha YZF R15 which is priced at Rs. 1.37 lakhs. Both these are faired sports bikes and we compare these bikes in terms of features, engine and other tech specs so as to decide a winner. However, the KTM RC15 is a 125cc bike as against the Yamaha YZF R15 which is in the 150cc category.

Design – KTM RC 125 is positioned on a steel trellis frame. Its design is inspired by the KTM RC16 Moto GP race bike while it follows the distinct KTM colour scheme of orange and white. It gets a triple clamp handlebar along with twin projector headlights with DRLs, low set clip on handle bars, a digital instrument console and 17” wheels fitted with 110/70 ZR 17 front and 150/60 ZR17 rear tyres. 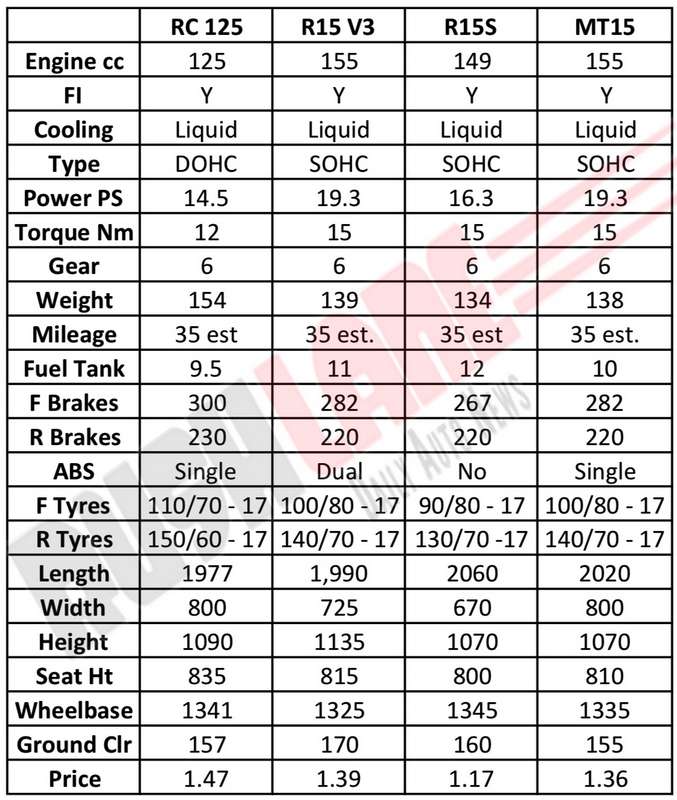 Yamaha R15 is longer than the KTM RC15 standing 2,060mm in length. It is 670mm in width and 1,070mm in height while wheelbase is also marginally longer at 1,345mm. It also gets higher ground clearance at 160mm though kerb weight is lower at 134 kgs along with seat height which is at 790mm. 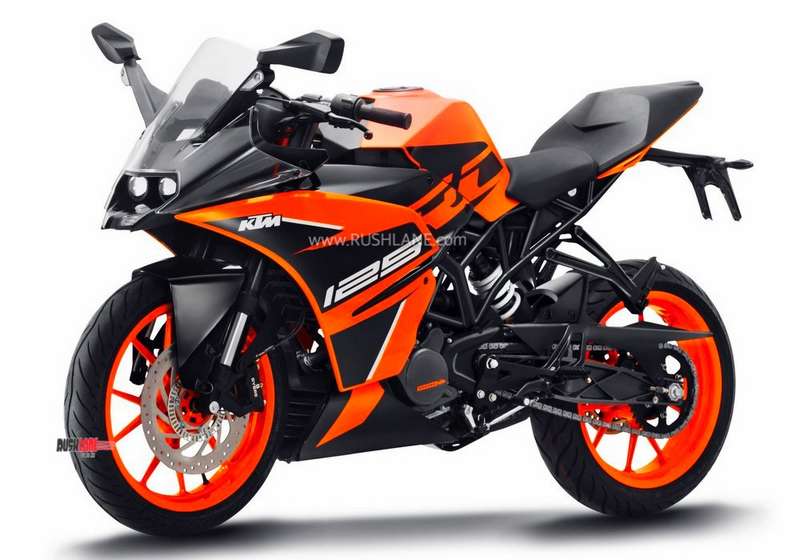 Suspension is via inverted telescopic forks in the front and monoshock with 10 step adjuster slots at the rear. Braking duties are carried out via 300mm disc in the front and 230mm disc at the rear while single channel ABS from Bosch is offered as standard. Price starts from Rs 1.47 lakhs.

Yamaha R15 gets its power via a 150cc, single cylinder, liquid cooled engine offering higher power and torque as compared to that seen on its rival. This engine makes 16 bhp power at 8,500 rpm and 15 Nm torque at 7,500 rpm mated to a 6 speed gearbox.

The bike gets conventional telescopic fork at the front and monoshock setup at the rear while braking is handled by 267mm disc brakes in the front and 220mm disc at the rear. It receives double channel ABS as standard as against the single channel ABS seen on its rival KTM RC15 despite being priced cheaper by Rs.8,000. Price starts from Rs 1.39 lakhs.

Colours – KTM RC15 is seen in distinctive KTM colors of orange, black and white. However, the Yamaha YZF R15 gets colors of Track White, Adrenalin Red and Spark Green.