Chennai-based rider Manoj Kumar has given his beloved 2017 Yamaha R3, nicknamed Toshu, a striking MV Agusta F3 AMG-inspired livery. The nicely executed cosmetic job certainly stands out in traffic and the rider has been enjoying the attention and curious questions from the onlookers ever since his R3 adopted it’s new avatar.

Speaking to us, Manoj revealed that he actually wanted his R3 in black but he somehow ended up buying a blue motorcycle. He added that though he liked Yamaha’s default livery, he felt there is something missing and looked on the internet to find his steed a new identity. His love for MV Agusta and the stunning appearance of the F3 AMG edition sealed the deal for him. 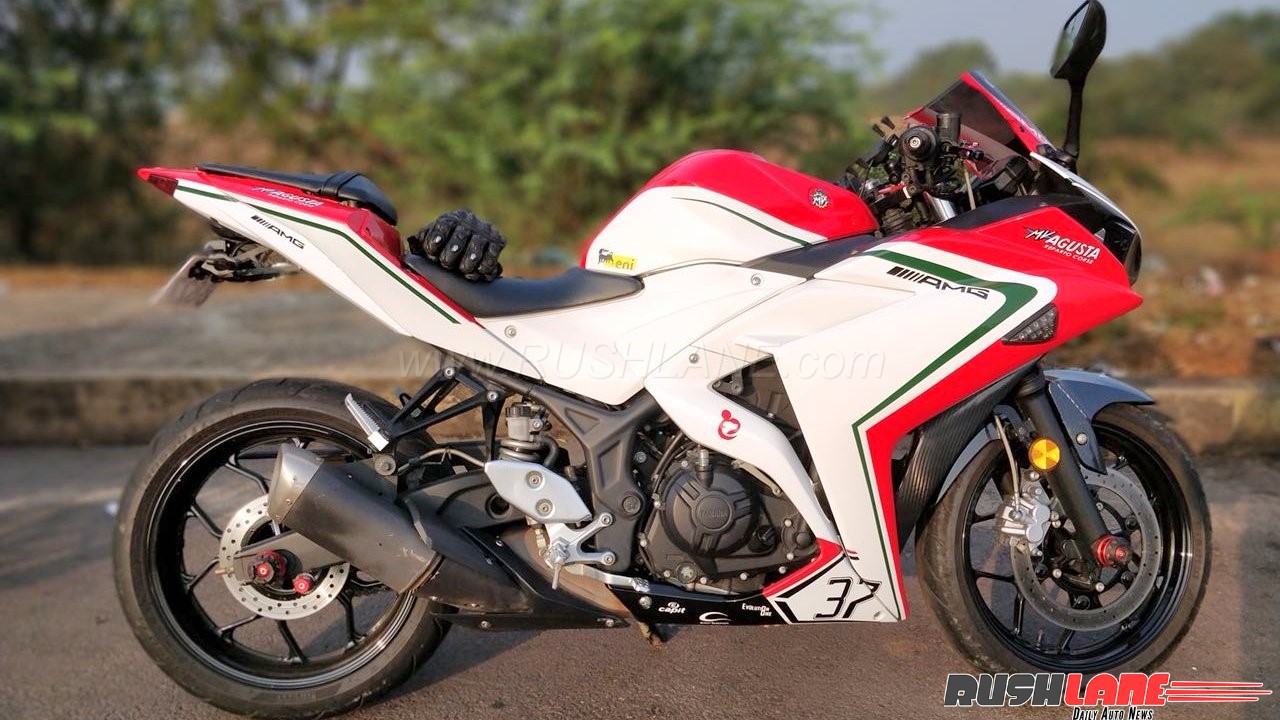 Having seen the quality of work done on his brother’s modified Yamaha R3, he entrusted the job of transforming his bike to Chennai-based Knight Auto Customizer. Initially, it was planned to achieve the AMG livery purely by using wraps but things didn’t pan out well so Knight Auto decided to come up with a white-red dual-tone paint scheme as a base on which the decals were placed. 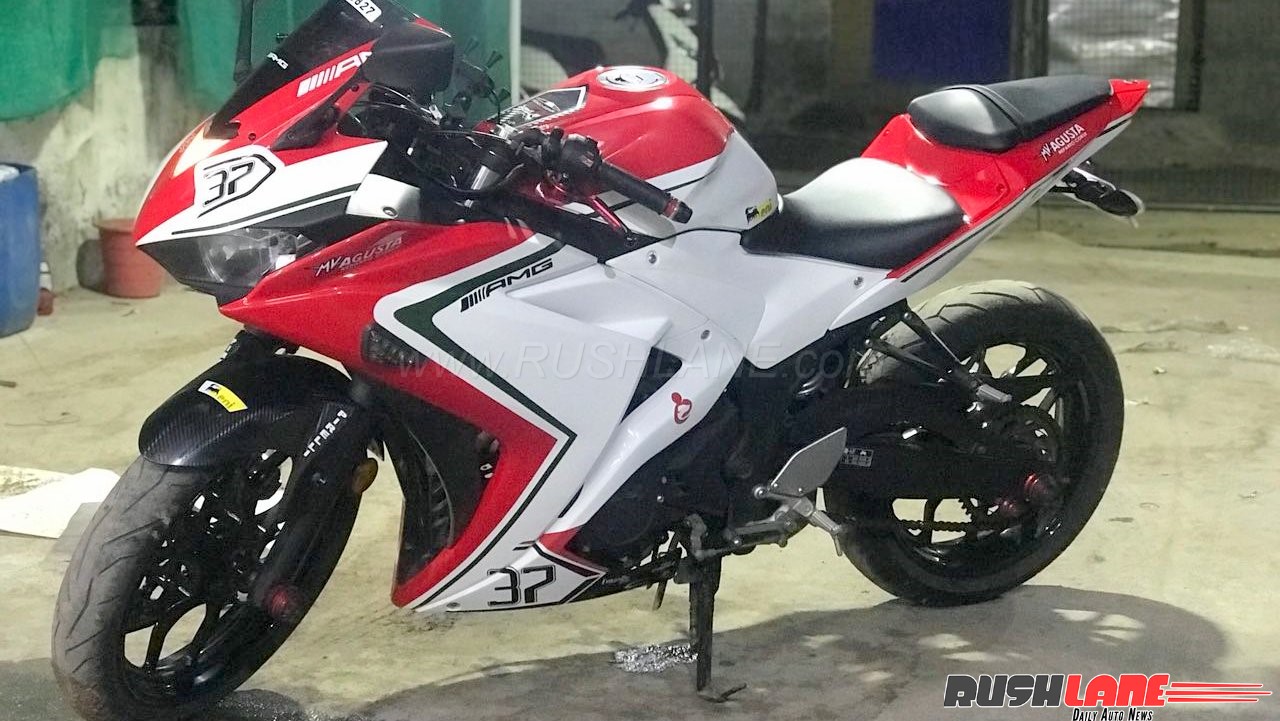 The engine, transmission, suspension and exhaust system has not been fiddled with although Manoj is planning for an extensive hardware upgrade in phase-2 of modification. It has to be said that the R3 serves as a great canvas for this striking livery and the overall execution is fairly accurate.