Yamaha RX100 character will be back – In a future premium motorcycle

Yamaha’s strategy to focus on mass market motorcycles and scooters didn’t quite bode well in the highly competitive market of India. Yamaha India ended FY18 with a nearly flat growth as the industry registered a growth rate of 15%. The Japanese brand’s market share dipped below 4% and it also lost its 5th place in the country to Royal Enfield.

In his first interaction with the media, Motofumi Shitara, the newly appointed chairman of Yamaha Motor India Group, stated that the company will be focusing on premium end of the motorcycle segment (150 cc and above) moving forward.

Yamaha has a good brand recall among enthusiasts, thanks to the sporty yet affordable offerings of the previous era. Under the new leadership, Yamaha is hoping to emulate the success it enjoyed in India in the past.

Speaking about brand recall, how can one forget one of the most known and loved Yamaha in the country, the RX100. Speaking about bringing back the Yamaha RX100, Mr Shitara said that he is aware of the fact that RX100 is a cult motorcycle here in India. He said that the character of RX100 will be embodied in a future Yamaha motorcycle. It will be a premium offering, and will be launched in India. 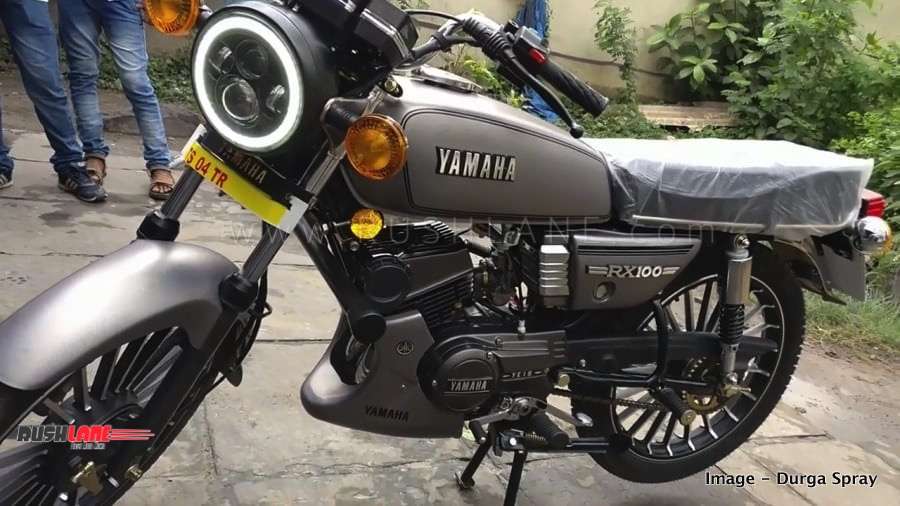 Without explaining much, Mr. Shitara said that Yamaha India is currently studying the market for motorcycles with engine displacements above 300 cc, and premium scooters with displacement of 125 to 150 cc. He also added that the 100-110 cc commuter motorcycles will be primarily manufactured for export markets like Africa and Latin America. Economic Times reports that Yamaha India would eventually exit the mass market commuter motorcycle segment and focus on premium products that attract young audience.

Mr. Shitara says that that India’s growing middle-class and youth population means, a significant proportion of the current commuter motorcycle owners will upgrade to a premium product in the coming years. Yamaha wants to be ready with a suitable portfolio to cater to these customers.

The new chairman of Yamaha Motor India Group expects the company to capture a market share of 10% in the next 5-7 years with an estimated sales volume of 2.5 to 3 million units per year.