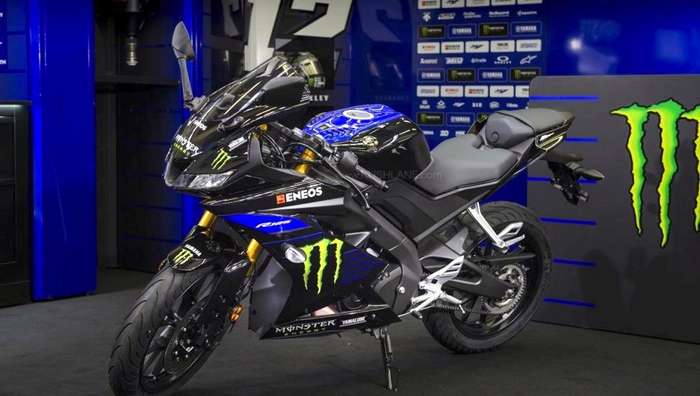 YZF-R125, the entry level Yamaha bike from YZF family has recently received an extreme makeover and showcased as Monster Energy Yamaha MotoGP Edition. Sold only in specific global locations, Yamaha YZF-R125 is yet to be launched in India. In the Indian market, Yamaha has launched MotoGP edition of YZF-R15 V3.0. 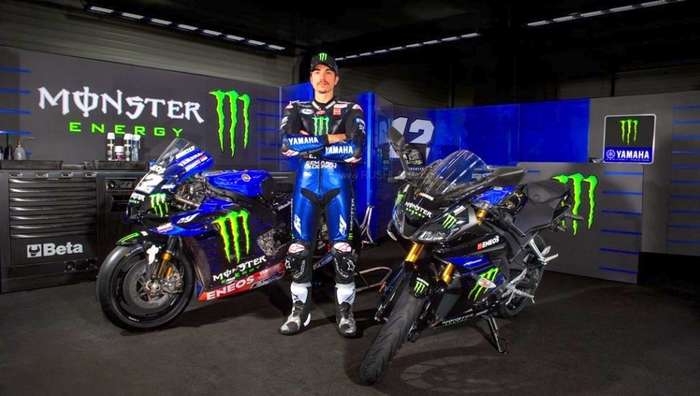 Key features as can be seen on YZF-R125 MotoGP edition include racing-inspired lever protector. This is installed on the right side of the clip-on handlebars. The bike’s sporty profile is further enhanced by an YZR-M1 MotoGP-inspired supersport cockpit. Other colour options offered for YZF-R125 include Tech Black, Yamaha Blue and Competition White.

Changes in MotoGP Edition of YZF-R125 are limited to visual aspects and don’t include engine or performance upgrades. The bike continues to use the same 125 cc, single cylinder, liquid cooled engine that generates max power of 14.88 bhp and max torque of 12.4 Nm. Engine is mated to a 6-speed transmission and comes with variable valve actuation (VVA) and assist & slipper clutch.

Just like Yamaha R-series bikes, a number of optional accessories are available for YZF-R125. Users can customize with accessories such as LED blinkers, tank pad, rim stickers, titanium exhausts and slip-on mufflers, protectors and billet covers.