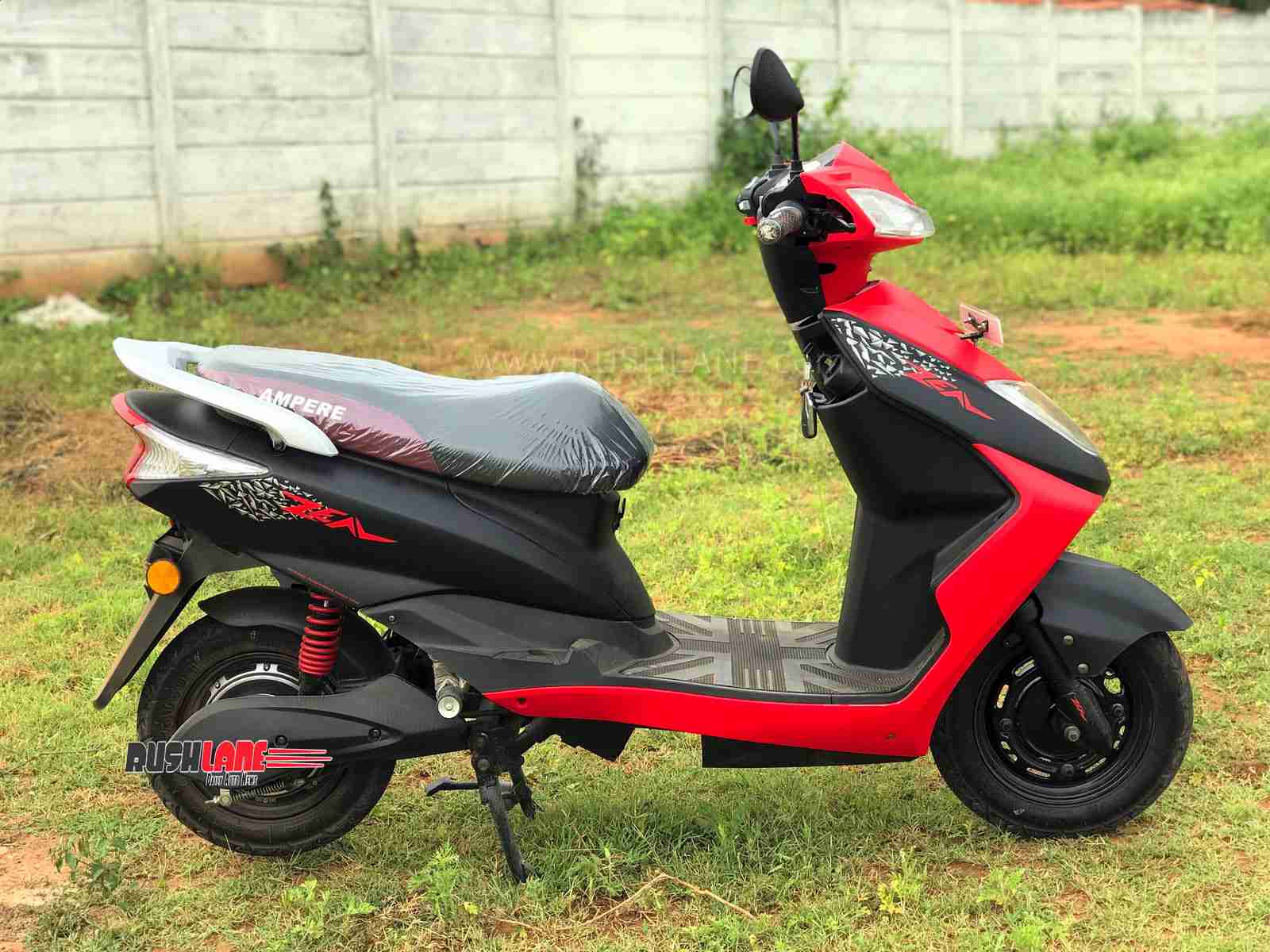 Even as new players like Ather Energy and Bajaj Auto are gearing up to up their game in the electric two wheeler space, Ampere Vehicles has started reaching new milestones in the segment. The Ampere Zeal electric scooter has helped company recently surpass 50,000 sales milestone, making it one of the best selling high-speed electric scooter in the country.

Been in the market for around a decade, Ampere Vehicles whose majority stake holder is Greeves Cotton, has managed to garner 20% market share in the electric scooter space. With Zeal enjoying faster acceptance, the company is bullish about its prospects in the foreseeable future.

The Ampere Zeal adopts a modern styling which targets young audience. The scooter is powered by a 1,200 W hub-mounted BLDC (Brushless DC) motor which derives its energy from a 30 Ah 60 V lithium-ion battery pack.

The portable battery pack can be charged via a normal socket in 6 hours. The company claims that the battery is good enough for a maximum range of 75 km on a single charge. At a reference temperature of 25 degree Celsius, the battery can last for up to 650 cycles (max life of 48,750 km in terms of mileage).

The Ampere Zeal is capable of accelerating from 0 to 50 kmph 6 seconds and has a top-speed of 55 kmph. It can be operated in Economy and Speed modes. At 75 kg, the Zeal is a lightweight urban runabout. Feature highlights include regenerative braking, Harmonic Braking System (CBS in Ampere’s lingo), tubeless tyres, fully digital instrument console, LED DRLs, front glove box, etc.

The Ampere Zeal is priced at around INR 67,000 (ex-showroom, Bangalore) which is inclusive of the FAME-II subsidy, making it a lot more affordable and accessible than the premium offerings like Ather 450 and Bajaj’s upcoming e-Chetak. With a range of attractively priced e-scooters, Ampere Vehicles look set to have a significant presence in the burgeoning electric two wheeler space.

Speaking on this new offering, P Sanjeev, COO, Ampere Vehicles, said, “As one of the significant players in providing electric mobility solutions, we are taking all the necessary steps to make this shift as smooth as possible. We are already providing easy finance options to the people at the bottom of the pyramid to buy an e-scooter and now with the free Insurance offer on Ampere Zeal, we hope to strengthen the proposition of e-vehicles in the country.”