Mercedes-Benz India wore another feather with great pride this week. The company rolled out its 100,000 car at the Chakan, Pune plant. Manufcaturng at the plant began back in 1995 with the E-Class being the obvious choice. 24 years down the line, its 1 lakh cars and counting as an E-Class rolled out in the presence of MD and CEO, Roland Folger, and Ex Dir Ops, Piyush Arora.

Mercedes-Benz is the first global luxury automotive brand to enter India for business back in 1994, and promptly rolled out the W 124 E-Class at the assembly plant in Pimpri, Pune. 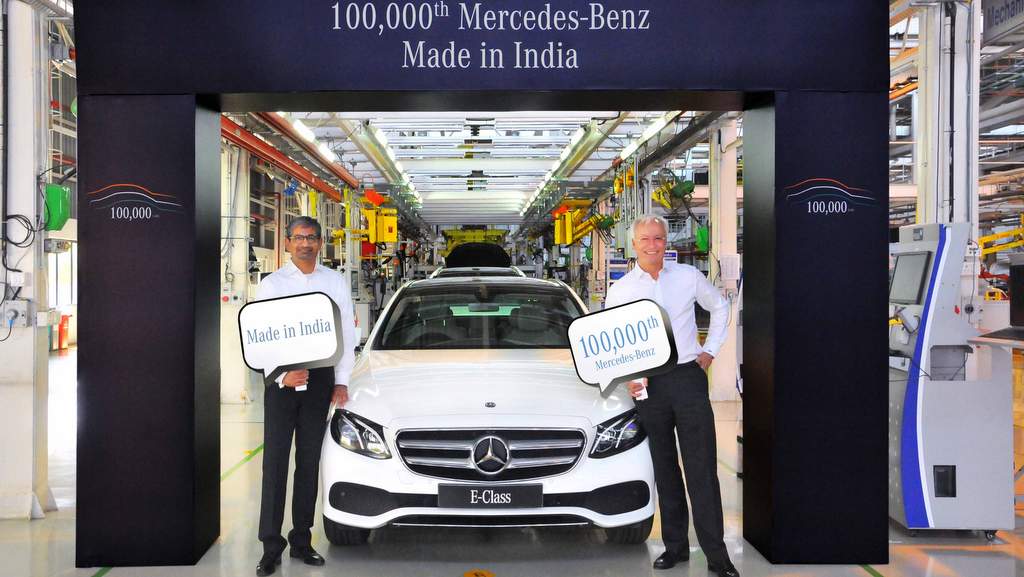 In its current form, the 100+ acre Chakan plant where the company operates form is worth an investment of over INR 1000+ crores. As part of Mercedes-Benz’ global production network, Mercedes-Benz India is involved in the CKD/MVP production network in Brazil, Indonesia, Malaysia, Thailand and Vietnam where the company produces vehicles within specification for domestic markets.

Mercedes-Benz India began production at its expanded production facility in the same premise in June 2015. The company’s spare parts warehouse stocks up to 44,000 parts. 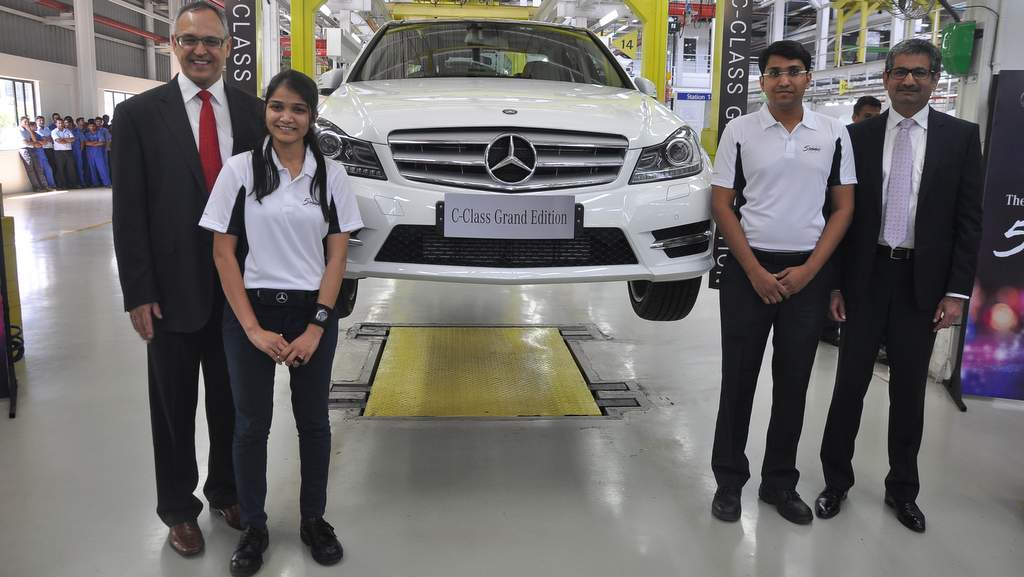 Roland Folger said,”Mr. Folger further added, “With the growing demand of Mercedes-Benz products, a spiraling aspiration among young successful Indians, our extensiveand expanding local portfolio,combined with an unparalleled network and innovations in customer service; we are positive that the next production milestone will be attained even earlier. We pioneered luxury motoring in India and with our ‘customer delight’ approach and vision for future, we are confident of defining future mobility in India as well.” 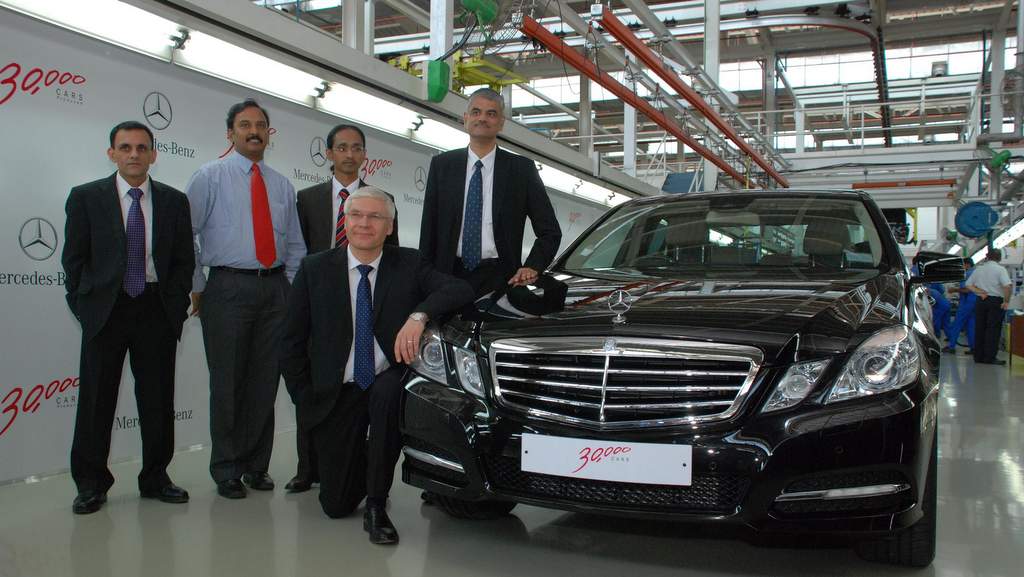