Hyundai Motors India Limited, the second largest car maker in India, are actively testing a new hatchback. This is the new generation Santro, a nameplate which began with the journey of Hyundai in India. Spy shots of the car on test have drawn attention to its new design and refreshed interiors.

Recently, a Rushlane reader posted interesting photos of the car in the Rushlane Spylane Facebook Group which draws attention to the car’s compact nature. The new Hyundai Santro is seen taking a U-Turn in between parked Maruti Alto, Swift, WagonR and a Renault Kwid. 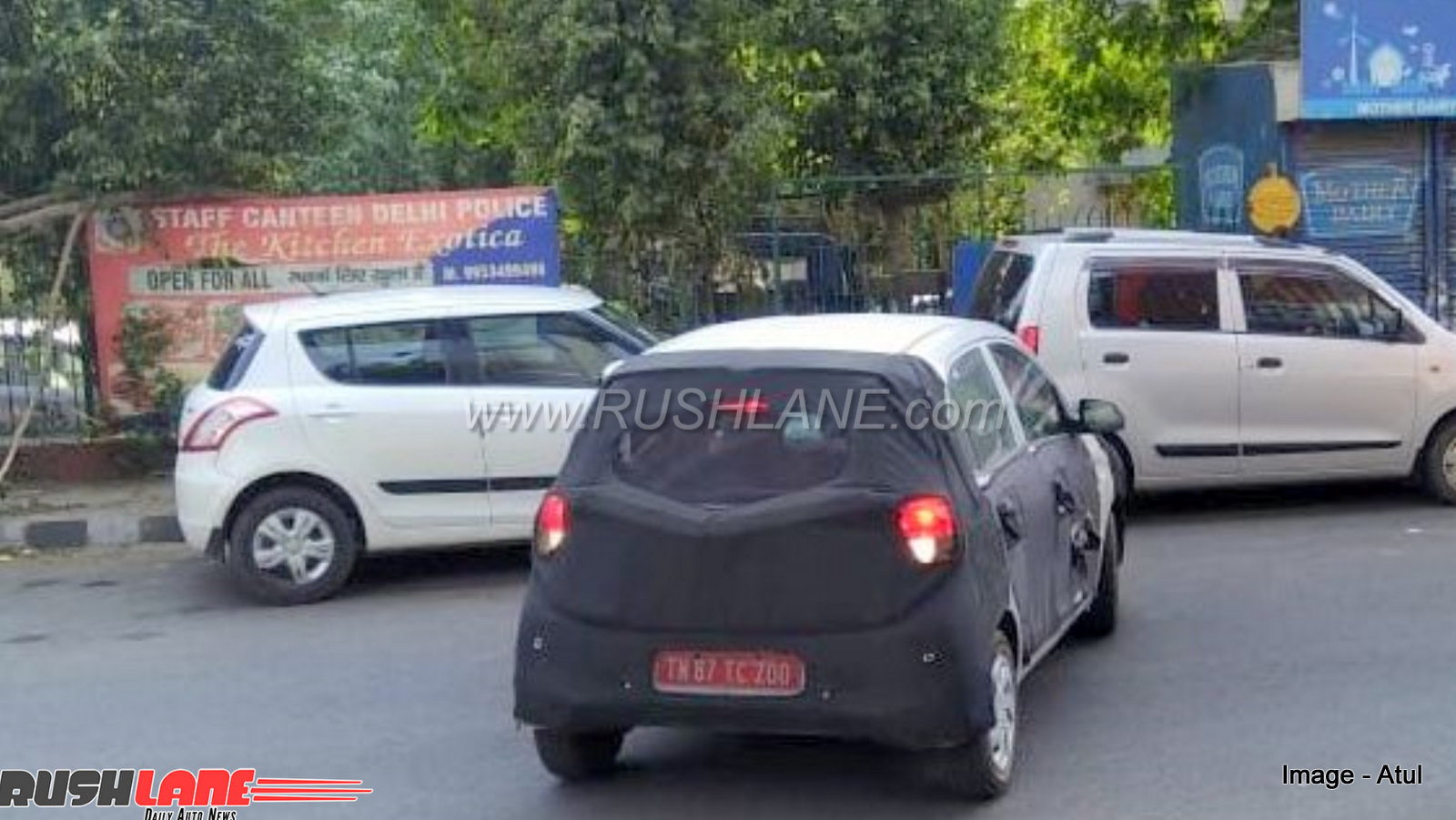 In doing this, we do get a brief idea about the car’s dimensions in real world conditions. Compared to the old Santro, the new one will be of larger dimensions. To sport the same tall boy architecture, the upcoming Santro will be positioned between the Eon and Grand i10 in the company line-up.

The car on test sported a black and beige color scheme, three spoke steering wheel with audio controls and a twin pod instrument cluster. The hatchback will also get power windows in the front, dash mounted gearshift as is also seen on the Grand i10 and adjustable headrests. Electrically adjustable ORVMs were also noted along with steel wheels. A touchscreen infotainment system is also on offer. In terms of safety, the new Hyundai Santro will also get dual airbags and ABS as standard features right from its base variant. 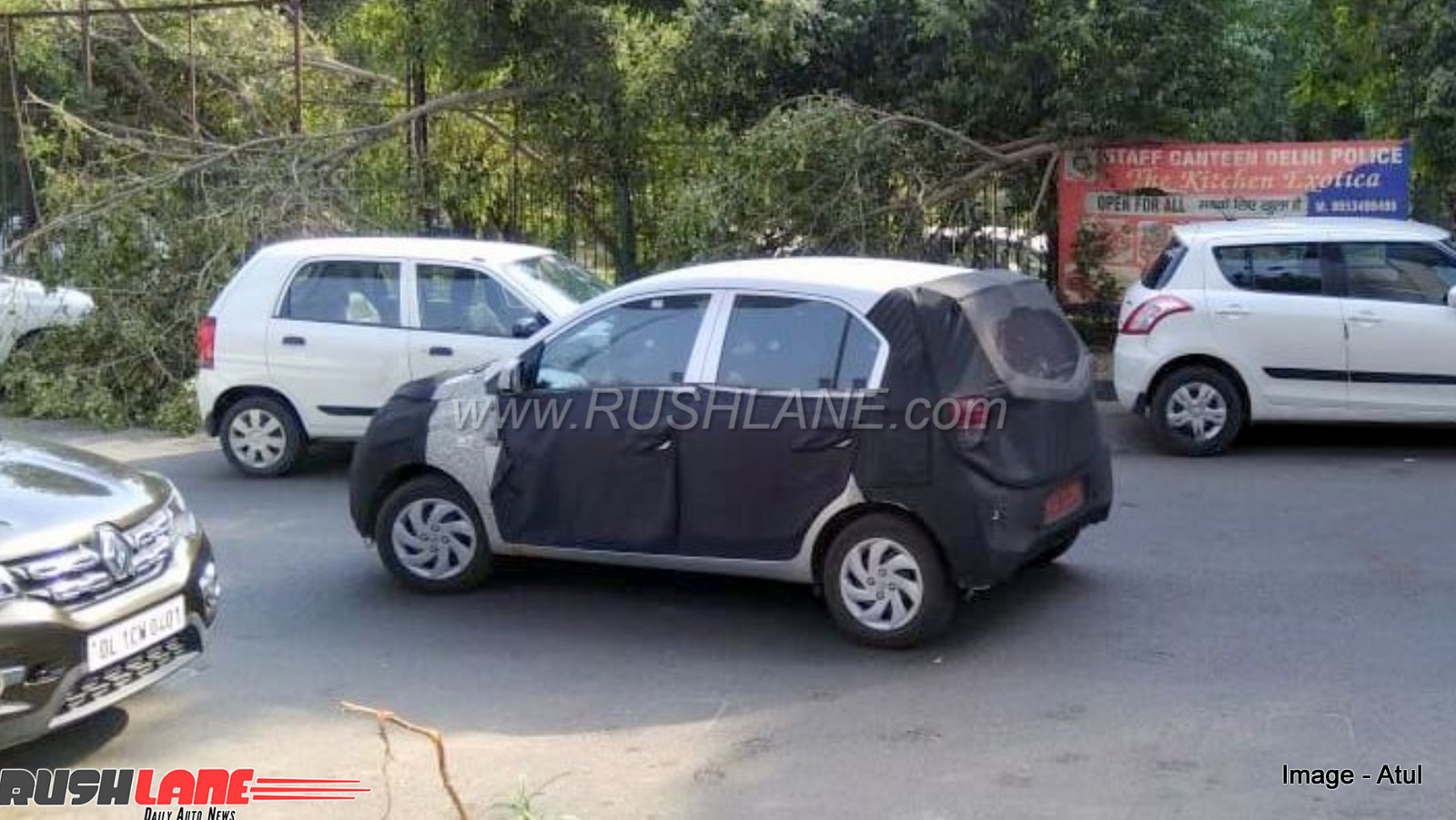 To be based on the company’s Fluidic Sculpture 2.0 design language, cabin space will be at a premium while the car sports a wider body style with a cascading front grille and larger headlamps. Engine specifications could include an updated version of the same 1.1 liter, 4 cylinder engine that powers the i10 and the earlier Santro.

This engine will be BSVI compliant and would be capable of 70 PS power and 110 Nm torque. It will be mated to a manual transmission while for the first time, on any Hyundai car in India, it could also get an optional AMT. Once officially launched, the new Hyundai Santro will compete with the Maruti Suzuki WagonR, Renault Kwid and Tata Tiago in its segment.