2018 Mahindra XUV500 facelift is set for launch on 18th April, 2018. Mahindra has sent out media invites for an event on the said date.

New Mahindra XUV500 will be seen with refreshed interiors and exteriors. It has been upgraded thoroughly to compete against the likes of Tata Hexa and other similar priced cars like the Renault Captur, Hyundai Creta and Jeep compass. 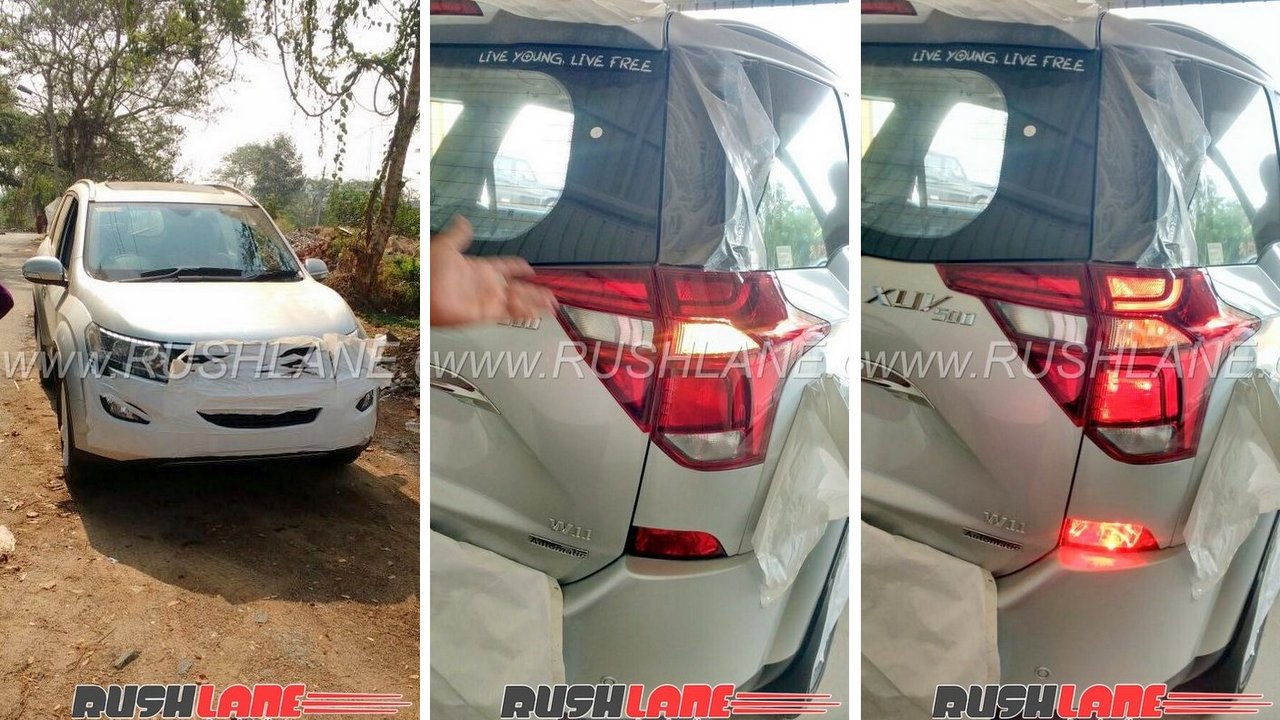 Spy photos of the soon to be launched Mahindra XUV500 facelift see several changes to exterior and interior design while engine also gets updated. Exterior updates include new headlamps with projector units, LED DRLs and a new grille with chrome surrounds. New bumper design at the front and rear are also noted along with dual tone diamond cut alloy wheels.

At the rear, vertical tail lamps seen on its earlier counterpart are replaced by triangular units positioned just below the rear windscreen. A new tailgate design with chrome accents is positioned above the license plate enclosure. 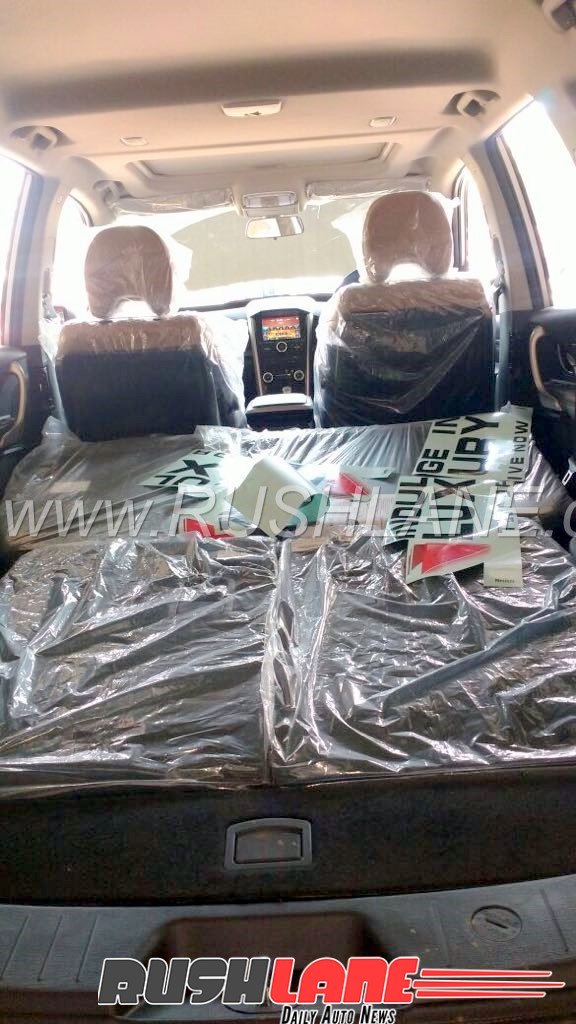 The new interiors, with added driver and passenger comforts include a new dashboard design with an all black color scheme and faux leather soft touch material. Its central console is also in a black color scheme with aluminum accents. Aluminum foot pedals and a new infotainment system are also evident on the Mahindra XUV500 facelift. This infotainment system promises features such as Android Auto and Apple CarPlay.

2018 Mahindra XUV500 facelift will be powered by the same 2.2 liter mHawk turbocharged diesel engine tweaked for added power and performance. This engine will be available in two tunes – 140 hp and 155 hp. The latter will only be on offer with new top end variant which is W11 AWD.

Dealer dispatch has started. No indications of pricing have been revealed as on date but the facelift model could be priced marginally higher than its current counterpart priced from Rs 12.64 lakhs onwards. Below are the latest photos detailing exteriors and interiors.