First showcased at the 2016 Paris Motor Show as a LIV-2 (Limitless Interface Vehicle) concept, the SUV is now all set to be launched in India as the XUV700. For the world, this is the new generation Rexton, but for India it is most likely going to be christened as the Mahindra XUV700.

Confirmed by Mahindra, to be launched by the end of this year, this is the flagship Mahindra – their most expensive car. Made to rival the mighty Toyota Fortuner in India, the SUV has was spied recently while it was doing night testing. 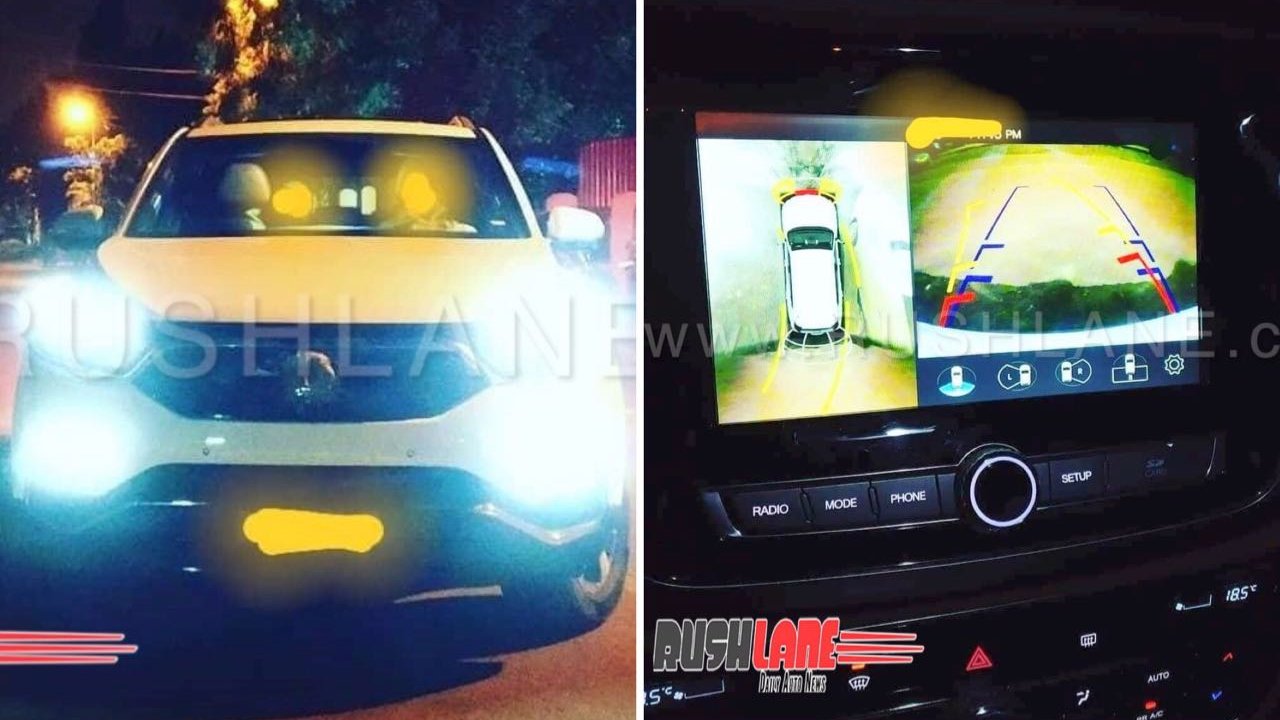 Expected to be bigger in size than the Fortuner, the new Mahindra XUV700 is a massive looking 7 seater SUV. It comes without saying that it will be difficult to manoeuvre this SUV on our city roads, especially while parking in those tight spaces. Many probable buyers change their decision of buying huge SUVs because of the trouble they have to go through to find a parking spot

To help such buyers, Mahindra will offer a solution. Thew new Mahindra XUV700 will be fitted with a parking assist system which is seen in luxury cars from Mercedes Benz and BMW in India.

This is the 360 degree parking assist. With this, driver of the car will get a surround view of the car, thanks to multiple cameras fitted around the car – which project a real-time 360 image of your car’s surrounding at the touch of a button. So whenever you are in need to put this huge car in tight spaces, and want inch perfect precision, this new feature will come very useful.

This new Mahindra flagship SUV will sit above the XUV500 in the company line-up. A full-size premium SUV with 3 rows and seating for 7, the XUV700 will measure is 4.85 m long, 1.92 m wide, and 1.8 m tall. It has a wheelbase of 2865 mm, which is 120 mm more than rival, thereby resulting in more interior space. The flagship Mahindra will not only beat rivals in terms of space, but also in terms of features.

It gets features like – individual seats, and a fully connected centre console for rear seat occupants. Seats recline, and massage function. An integrated communication system features a central 9.2 inch screen on each headrest. Connectivity is boosted through Wi-Fi, Apple CarPlay and Android Auto. The car illuminates the path for passengers approaching or leaving the car at night. Luxury is a high priority for a chauffeur driven limousine experience.

UPDATE – Expected to be priced in the Rs 20-25 lakh range, Mahindra XUV700 will be sold via upcoming premium experience zones, which will be setup inside their current dealership. More details will be revealed closer to launch.