First launched in 2010 in India, Micra soon became the best selling Nissan car in the country. Offered in two engine options (one petrol and one diesel) and 9 trims, Micra sales average at about 700 units a month.

Also on sale in many countries across the globe, including Latin America, the new 2018 Nissan Micra has now been crash tested for occupant safety by Latin NCAP. As per them, the car has scored poor rating of just 1 star. 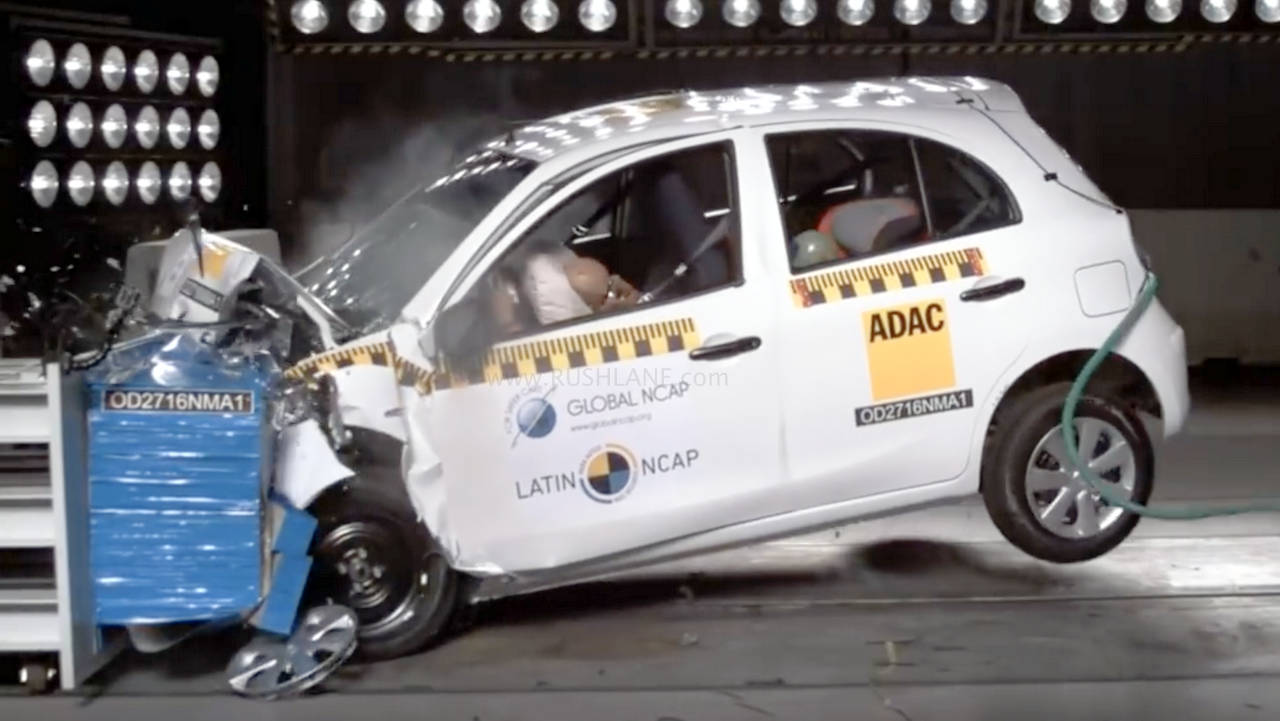 After conducting the frontal and lateral crash test, the agency said that the Micra’s body was not strong enough to stop forces from entering into the cabin and hurting passengers. In spite of having dual airbags, the model only scored 1 star.

Other points mentioned by the NCAP are that the body structure is weak as per 2018 standards and need reinforcements. Because of this, the driver knee and front passenger knee are at risk in case of a head on collision. Below is the crash test video.

On sale in India, the new Nissan Micra CVT variant is aimed at first time buyers in urban India, who are looking to upgrade to an affordable automatic small car which will help them ease their commuting through traffic jams. Nissan India would also be hoping to get added sales with the launch of new Micra CVT variant.

Features on offer and design remains same as before. Some of the features on offer with the CVT XV variant include driver / co-driver airbags, ABS, EBD, BA, engine immobilizer, central lock, auto AC, keyless entry, start/stop, etc. Below is the crash test report of Mexico-made Nissan Micra.