Officially launched in Japan and expected to make its presence felt in India sometime in early 2019, Suzuki Jimny could potentially replace the ageing Maruti Gypsy, which was first launched in 1985, and has not received any major update ever since.

Let us see whether buyers will really miss Maruti Gypsy in the light of the new Jimny coming in, and how these two cars compare against each other in terms of dimensions, features, engine performance and price.

Both cars are positioned on a ladder frame chassis but a shorter and wider footprint on the Jimny will enhance its off roading abilities as compared to that seen on the Gypsy.

Seating capacity is where the new Jimny is found lacking. The Gypsy, being a longer vehicle with rear side benches can seat upto 8 persons (without seatbelts) unlike the Jimny with is primarily just a 4 seater model with uncomfortable bench seats. 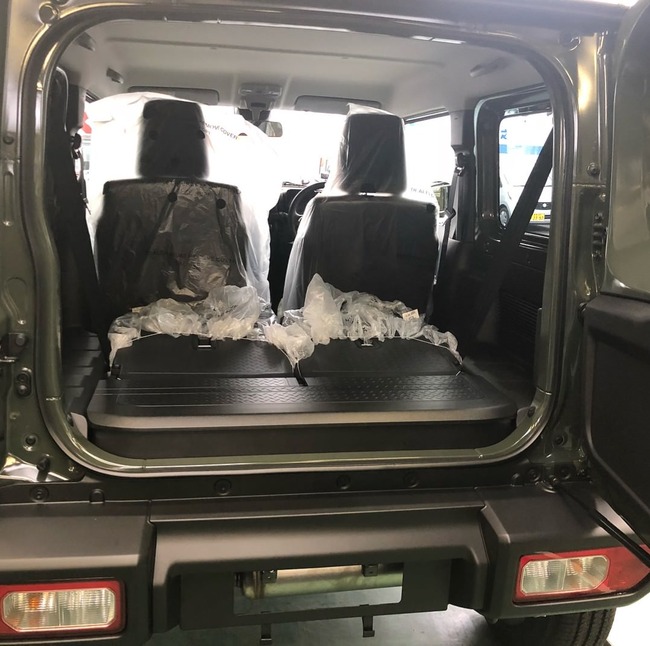 Features on board the Maurit Suzuki Gypsy are sparse. It is devoid of essential safety features such as airbags, ABS, power steering or manual air conditioning. The new Jimny however, comes in loaded with safety features. It is seen with a total of 6 airbags – dual front, curtain and front side, ABS, EBD, ESP, Brake Assist, Traction Control and autonomous emergency braking along with lane departure warning system.

Engine specifications also vary with the 2018 Suzuki Jimny receiving a K15B 1.5 liter petrol engine offering 102 PS peak power and 130 Nm torque mated to a 5 speed manual transmission or 4 speed automatic transmission. The Gypsy is fitted with an older G13BB 1.3 liter petrol engine offering 81 PS power and 103 Nm torque mated only to a 5 speed manual transmission. This more powerful engine on the Jimny enhances its off-roading performance while the Jimny also displays better power to weight ratio of 89.87 PS/tonne as compared to the 77.1 PS/tonne seen on the Gypsy.

Pricing of the ageing Maruti Suzuki Gypsy as compared to the 2018 Suzuki Jimny is notable lower. The Gypsy is priced from INR 6.25-6.39 lakhs while the Jimny launched in Japan is priced in the region of Rs 8-12 lakhs.