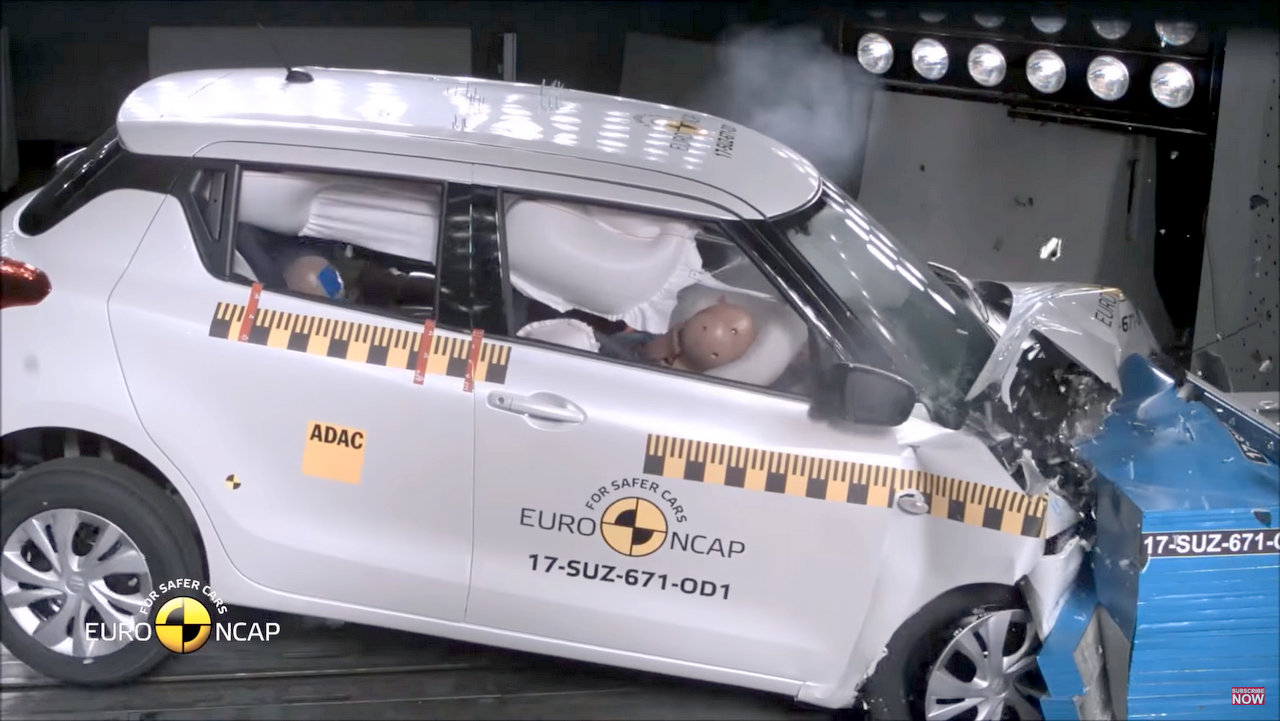 Dummy occupants in front seats received high level of protection for both knees and femur while the passenger compartment also remained stable in frontal offset tests. Barrier crash test indicated marginal protection to chest for front occupants and the Swift also scored maximum points in side barrier and side pole impacts.

The Swift also scored high in whiplash protection for front passenger but was poor in the case of passengers at the rear. In terms of pedestrian protection, the Suzuki Swift scored 695. It was the presence of autonomous braking feature that significantly reduced the speed of the Swift allowing it to achieve this rating.

The Swift put to the test was a right hand drive petrol variant powered by a 1.2 liter engine. It has kerb weight of 855 kgs and the standard variant receives ISOFIX child seats and a seat belt reminder.

The India spec model is however seen with only dual front airbags as against the 6 airbags seen on its model on sale in global markets.