Tata Motors is all set to launch a more rugged variant of the Tiago hatchback. Aptly named Tata Tiago NRG (pronounced as eNeRGy), which is also called a ‘toughroader’ – the Tiago NRG cross-hatch will be launched in India on September 12.

Leaked documents show off some of the rugged features and dimensions. Offered in three body colors of Malabar Silver, Canyon Orange and Fuji White, the Tata Tiago NRG will stand 3,793mm in length, 1,665mm in width and 1,587mm in height. This is a marginal increase in dimensions over its standard car while ground clearance is also increased from 165mm to 180mm. 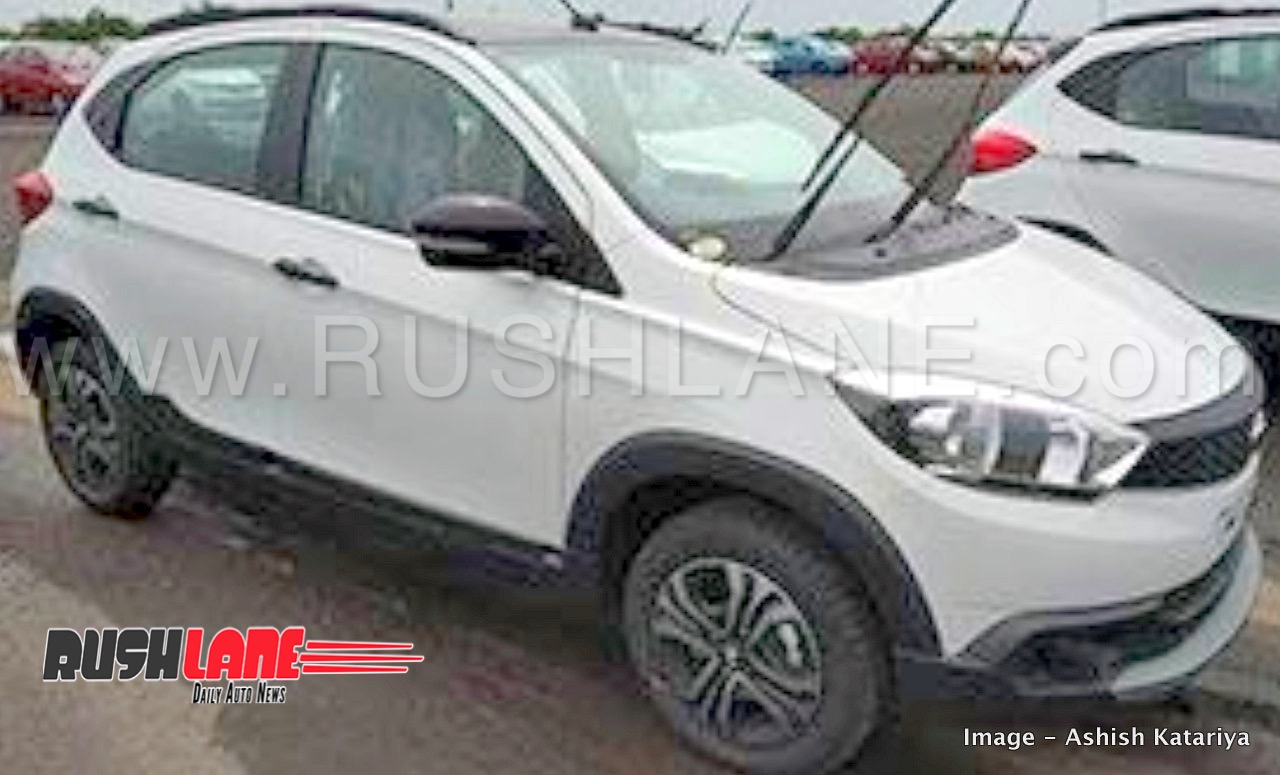 Tata Tiago Cross NRG boasts of contrast colored body cladding. It gets faux skid plates at the front and rear, roof rails, roof mounted spoiler and black inserts on tail gate. Front grille, mirrors and door handles have been given a black makeover while it sits on newly designed 14” alloy wheels.

The Tiago NRG boasts of electrically adjustable wing mirrors and a cooled glove box along with a 5.0” touchscreen infotainment system which also acts as a display for the reverse camera. It also receives an 8 speaker Harman audio system and driver adjustable seating.

Once launched, the Tata Tiago NRG Cross will directly compete with the Ford Freestyle and Maruti Celerio X. No price details have been revealed as on date but a marginal increase over its standard version is expected.