Just days away from launch, the 2019 Bajaj Dominar has now been detailed in a first look video, which was originally shot back in September 2018, when the TVC was being shot in Leh, Ladakh.

After noting diminishing sales, Bajaj Auto expects the new Dominar to see better results with the 2019 update. 2019 Bajaj Dominar gets notable changes, among which the most visible are upside down forks in the front and a twin barrel exhaust canister. 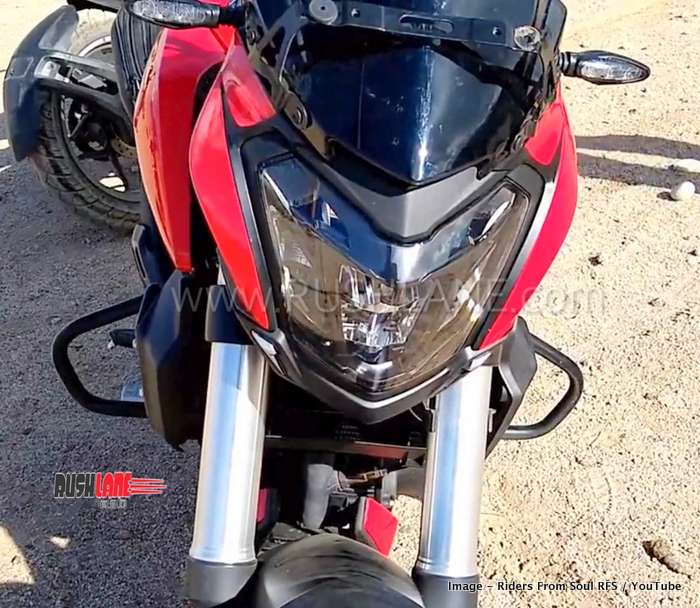 There will be no change in rear suspension which continues with a multi step adjustable mono shock unit. It will also receive new rear view mirrors, with a new stalk. This will give better rear view to the rider. Instrument cluster now offers more information than before. You get speed, RPM, average fuel consumption, etc. The small tank mounted digital display gives out information on time, gear position, odometer and trip distance.

Other mechanical change made, is the inclusion of a larger radiator. This ensures better cooling. It gets all LED headlights, same like current Dominar. As per the 2019 Bajaj Dominar review, vibrations have been completely removed. Some of the current Dominar owners complained of vibrations in the range of 4k-6k rpm range. This has been fixed now. Watch the detailed first look review vide by Riders From Soul RFS below.

Engine specifications on the new Bajaj Dominar will see no change. The 373.3cc, triple spark, 4 valve, DTS-i engine, which powered its earlier counterpart continues to power the new Dominar. But instead of the SOHC setup, this time it is DOHC setup, like is the case of Duke 390. Like the older Dominar, new Dominar will continue to deliver 35 PS and 35 Nm via a 6 speed gearbox. But the power and torque delivery is much better, and smoother.

Dual channel ABS will be offered as standard/. Braking will be via 320mm front and 220mm rear disc brakes. With official launch around the corner, several dealerships have commenced bookings of the 2019 Bajaj Dominar at a down payment of Rs.11,000. Launch price is expected to be around Rs 1.8-2 lakhs, ex-sh. Take a look at detailed photos of new parts / features in the gallery below.