Bajaj Dominar sales have been declining in the last few months and a major reason is the upcoming launch of upgraded 2019 Dominar later this month. In the past few months, dealers have been trying to clear the existing stock by offering attractive discounts and freebies. Bajaj is hopeful that launch of new Dominar 400 will lead to a spurt in sales.

Ahead of launch, testing of the new Dominar continues. Latest spy shot are credit to automotive enthusiast Omkar Thombare, who spotted the motorcycle near Shanipar in the middle of Pune city. 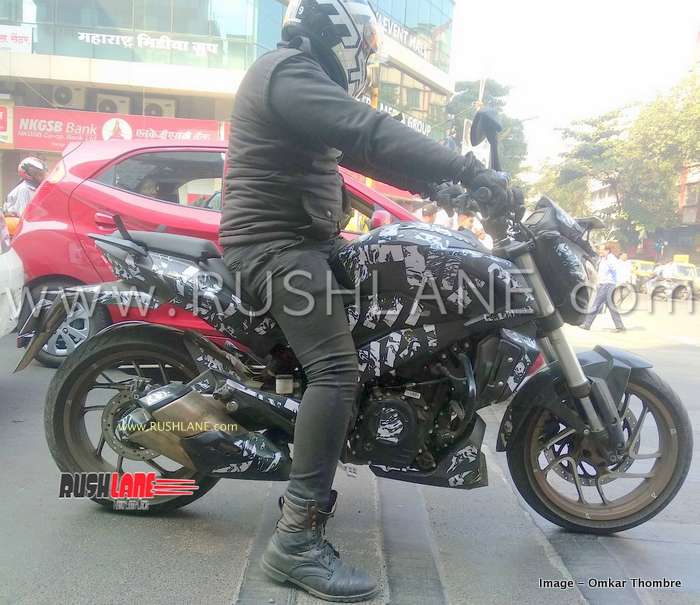 2019 Bajaj Dominar will have various new features such as sweptback twin-barrel exhaust. These spy shots now reveal the production spec version of the all new twin exhaust system. It can be seen with brushed aluminium finish.

The new exhaust system makes the new Dominar 400 a lot sportier not only in looks, but also functionally. Thanks to new exhaust, ground clearance has increased than before. Another key update is the revised fully-digital instrument console that displays a lot more information than that of the outgoing model. Primary info displayed includes average fuel consumption, RPM and speed. Just below the console, one can see the info for neutral, headlight and side stand. 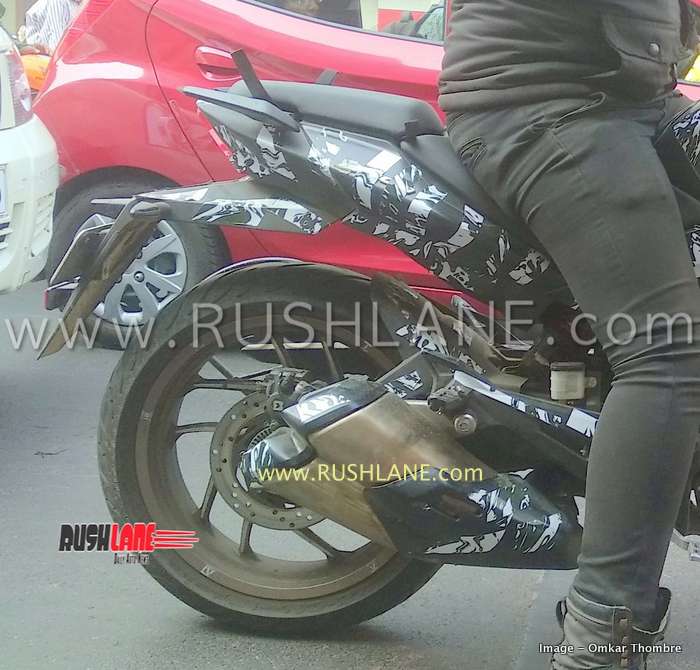 New Dominar 400 also has a smaller, tank-mounted digital display that shows gear position, time and trip meter. It has simple push button on both sides, which can be easily accessed by the rider. 2019 Dominar 400 comes with USD front forks, which is an improvement over the earlier telescopic front forks. However, rear suspension will be the same multi-step adjustable mono-shock unit as the existing model.

As compared to the current Dominar, new one will be more expensive. The price bump is due to the addition of new features, and changes made to the engine. Updated Bajaj Dominar 2019 will have the same engine as earlier, but engine has been fine-tuned to deliver improved performance. Instead of the SOHC setup on the older Dominar, the 2019 Dominar will get DOHC setup, just like it is offered with KTM Duke 390. A large radiator has also been added, which will provide improved cooling.

It is possible that the updated engine can be BS-VI compliant. The 373.3 cc triple spark, 4-valve, DTS-i, liquid cooled, fuel injection engine currently delivers 35 PS @ 8000 rpm and 35 Nm @ 6500 rpm. Engine is mated to a 6-speed gearbox and comes with slipper clutch for smooth gearshifts. Braking system comprises 320mm disc at front and a 220mm disc at rear with dual-channel ABS as standard.