At the time of launch, Bajaj Dominar was India’s first motorcycle to have LED headlamps. Bajaj launched it to compete with Royal Enfield Classic 350. This was a significant challenge, as RE 350 averages sales of around 45K per month. However, Bajaj was confident that Dominar could successfully take on RE 350.

The company even had expectations that Dominar will emerge as a billion-dollar brand. Clearly, there’s a huge gap between those ambitious goals and expectations and the real situation. Sales of Dominar in recent months have gone below 700 units. To boost sales, updated 2019 Dominar is going to be launched soon. Dealers are offering huge discounts and free gifts with current Dominar, to clear stock of 2018 variants. 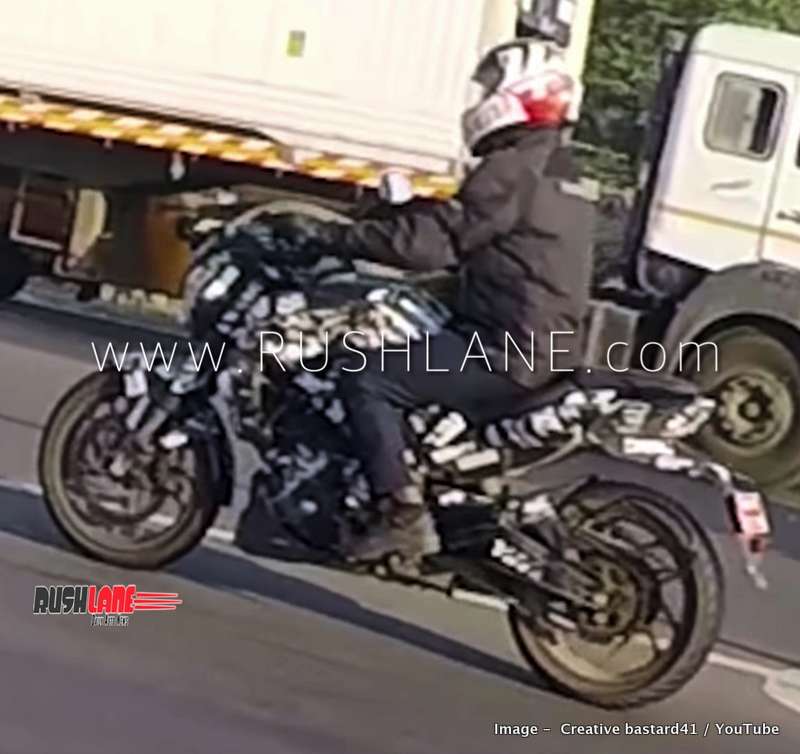 Yes. A new Bajaj Dominar will soon be launched. It will have plenty of appeal and high-end features. New Dominar makes an impressive stance, thanks to the updated USD forks in the front, a new exhaust system, new black alloy wheels, new colour options, revised rear view mirror stalk, etc.

Spied on test recently by Youtube channel Creative bastard41, the video shows KTM Duke 390 rider / owner trying to chase the 2019 Bajaj Dominar 400. As per the KTM rider, the new Bajaj Dominar is faster than the KTM Duke 390, which is a little difficult to believe. Watch the video below.

The instrument cluster also gets updated with a new information display offering detailed readings in terms of speed, distance to empty, fuel consumption, etc. Gear position will be on the tank display and the Dominar 400 will also get new leg guard, steel braided brake cable. As is seen on the current Dominar 400, dimensions are set to remain the same at 2,156mm length, 813mm width and 1,112mm height. It will receive a 13 liter fuel tank while total kerb weight will be of 182 kgs.

The engine on the current Dominar offers 35 bhp power at 8,000 rpm and 35 Nm torque at 6,500 rpm mated to a 6 speed gearbox. This engine will see a bump in power figures on the new Dominar 400 while the engine is also BS VI compliant so as to comply with new emission norms coming into India by 2020. In terms of pricing the 2019 Dominar 400 could see an increase of around Rs 15,000 as compared to current prices. Only ABS variant will be on offer.