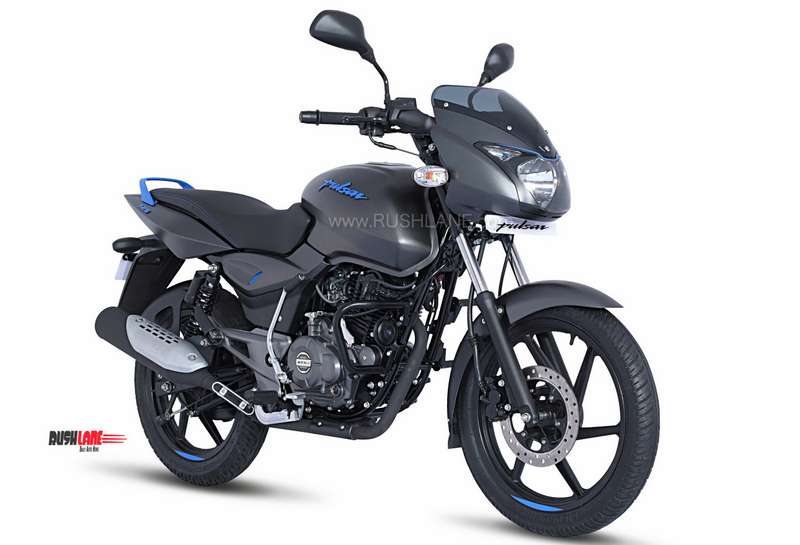 Bajaj Pulsar 125 has been in the news ever since it was launched in export markets under the guise of LS (Light Sport). While most of us expected the 125 cc Pulsar to retain its LS design for India, Bajaj decided to use the regular Pulsar family design for its new motorcycle.

The choice of design clearly indicates that the two wheeler giant wants to mount an all-out assault on the leader of 125 cc segment and one of Honda’s cash cows, the CB Shine SP. It is safe to say that the Bajaj Pulsar 125 for India is pitched towards fuel-economy-seeking commuters rather than young urban audience.

So, how does the newest member of the venerable Pulsar family stacks up against the Honda CB Shine (best selling 125 cc bike in India)? For starters, the Bajaj’s 124.38 cc air-cooled engine develops 11.83 bhp as against the Honda’s 124.73 cc air-cooled unit which puts out 10.16 bhp. However, the Pulsar 125 weighs 139 kg as against the CB Shine SP’s kerb weight of 123 kg. Both the commuters employ a 5-speed gearbox. Specs sheet, video credit – Youtube channel MRD. 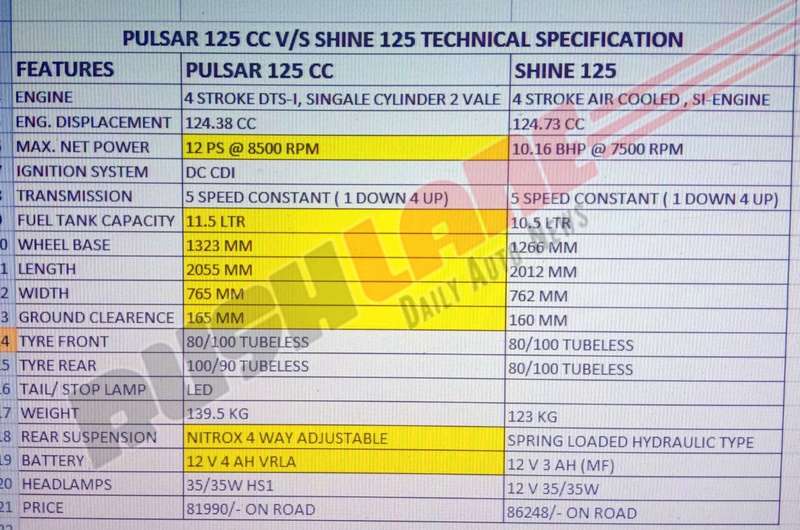 Even though the sub-125 cc engine displacement allows the Pulsar 125 to eschew the mandatory ABS in favour of CBS (Combi Brake System), the segment it plays in warrants it. Like all other Pulsars, the newest entrant is equipped with a front disc brake with single-channel ABS and a rear drum brake with lift-mitigation system.

As of now, the Bajaj Pulsar 125 employs a carburetor but may switch to electronic fuel injection system once the BS-VI emission regulations come into effect next year. Features list are at par with the Pulsar 150, making it a decent value of money proposition.

Bajaj’s previous attempts at 125 cc segment with other nameplates (Discover, Platina, Wind) weren’t really successful in the long term, but this time, the company chose its strongest brand make inroads. It would be interesting to see how the Pulsar 125 perform in the price sensitive segment.

Mr Sarang Kanade, President, Bajaj Auto said, “We are excited to bring out the Pulsar in the 125cc variant. The new Pulsar 125 Neon will open up a new segment targeting the premium commuters who have always wanted to buy a sporty motorcycle with outstanding performance, style, and thrill at an amazing price point.” The Neon variant is priced from Rs 66,618 ex-showroom Delhi for disc brake variant.