Bajaj is about to launch an all new motorcycle, Pulsar 180 F. It based on Pulsar 220 F, which has been on sale for over 10 years now. Famously known as ‘The Fastest Indian’, semi faired P220 will have a sibling for the first time ever. The same, P180F, is now being dispatched to dealerships across India.

The first ride review of 2019 Bajaj Pulsar 180 F has already been posted by Moto vlogger Dino’s Vault. The bike revealed in detail till now, was seen in Black with Red accents. But, there is one more colour option, which is going to be on offer with P180F. While the official colour listing isn’t known, there’s grey on offer with orange stickers and inserts. It is this new colour, which has now spied in detail at a Bajaj dealer. 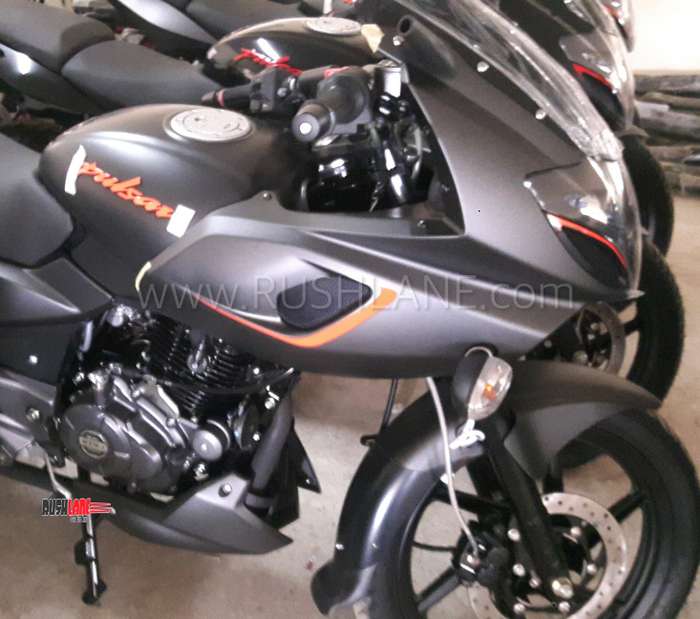 There is no hiding of the fact that the Pulsar 180 F is based on the Pulsar 220 F. With both bikes sharing more parts than ever, one can easily differentiate the new 180 F, with its old exhaust setup. The 220 F uses a larger exhaust setup. Of course, there’s also 180F logo and stickers on the bike for easy identification. 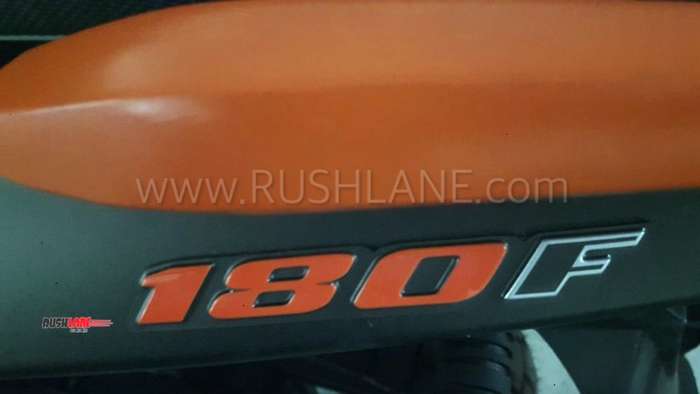 Bajaj has improved braking performance, with a front brake with a steel braided line instead of the rubber one as seen in Pulsar 180. With no changes to the engine, the single cylinder 178.6 cc motor, mated to a 5 speed gearbox returns 17.02 PS of power, and 14.22 Nm of torque. Improved seat cushioning makes for better comfort. Available at a price of Rs 86,500, new 180F costs only Rs 1,500 more than P180 but misses out on ABS for now.

Despite’s introducing ABS with most of its bikes, Bajaj Auto doesn’t yet offer ABS to the Pulsar 180 F. Single channel ABS will be a standard feature by April 1, 2019. This means that the P180 F with ABS will also be launched soon. The reason it has not been offer at launch time, is that Bajaj is awaiting homologation clearance for the same. As soon as they have the clearance, ABS variants will be launched. In the last couple of weeks, the company has introduced Pulsar 150, Pulsar 180, and Pulsar 220 F with ABS. Soon they will launch 2019 Dominar.