2019 BMW 3 Series, spied on emission tests in India, is scheduled to make its official debut at the Paris Motor Show that kick starts on October 4, 2018. This new BMW 3 Series is the 7th generation model which will go on sale in global markets later this year and in India by mid 2019.

Spied on emission tests ahead of official debut, the BMW 3 Series was also leaked in a teaser image. This could be the M performance variant which showed off its kidney shaped front grille and new ‘L’ shaped LED lighting. Features to the rear could include new bumpers and LED tail lamps. 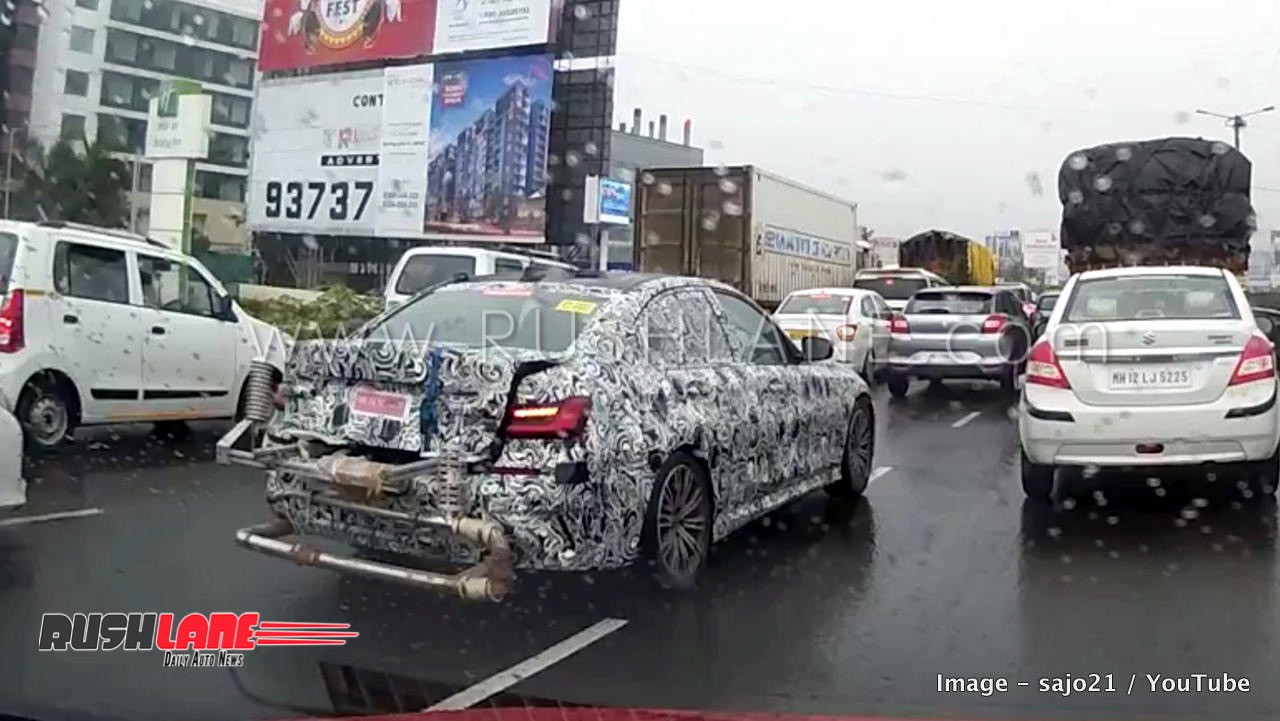 Reports also reveal that the new 3 Series will be around 60mm longer at 4,703mm of which 20mm is taken up by its wheelbase which now measures 2,830mm. 2019 BMW 3 Series will be underpinned by the CLAR rear wheel drive platform that offers enhanced structural rigidity. It is also lighter by 55 kgs as compared to its earlier counterpart with a 50:50 weight distribution which manufacturers state will lead to more responsive handling.

BMW 3 Series engine lineup will include a range of petrol and diesel engines. The 1.5 liter, 3 cylinder, turbo charged petrol engine will be exclusively for global markets.

The range will also include 2.0 liter, 4 cylinder and 3.0 liter, 6 cylinder petrol and diesel engines all of which will be mated to an 8 speed Steptronic automatic transmission.