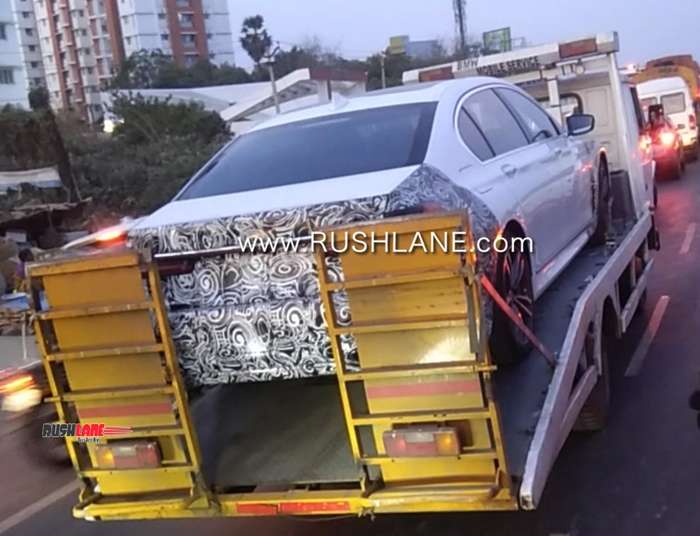 2018 has been a good year for BMW India. The luxury car maker registered a strong growth of 13% over the previous year and managed to sell over 11K cars. In doing so, they have now become the 2nd largest luxury car brand in India, replacing Audi. Mercedes continues to remain on top.

Interestingly, of the three, it is BMW who has posted growth in Q1 2019 in India, whereas Mercedes has posted a decline in sales. BMW India looks well determined to continue with the sales momentum in 2019 as well. There is a long list of new / refreshed BMW cars which are all set to hit the Indian market this year. One of them is the 2019 BMW 7 Series facelift.

Spied in India for the first time, the 2019 BMW 7 Series was being transported on a flatbed in Chennai, most likely to the company plant, which is also located in the same city. The front and rear of the car, where the changes have been made, is camouflaged. 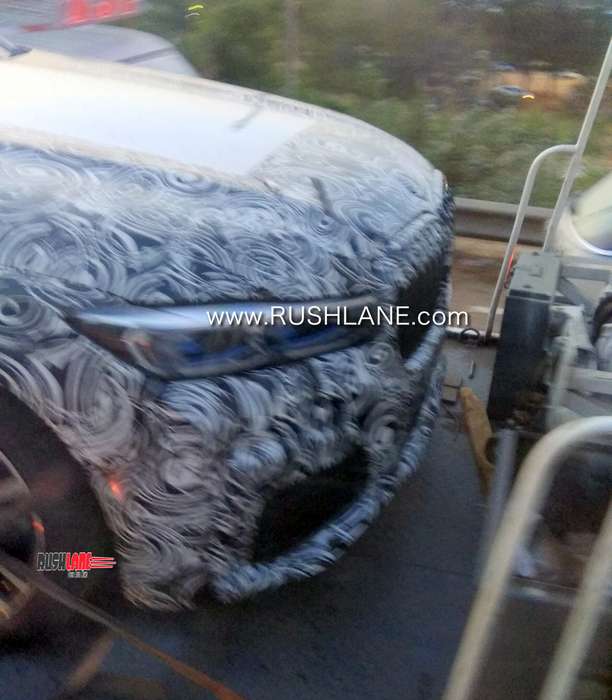 BMW has installed their largest ever grille, on board the new 7 Series. The grille is even bigger than that is seen on the X7 SUV. The reason behind installing such a huge grille, is buyers in China, who prefer larger grille. About 41% of 7 Series are sold in China. BMW 7 Series was also subjected to meme / trolling on the internet due to the grille.

Apart from the new grille, 2019 7 Series comes with revised front and rear styling along with a little bit of extra chrome. The cabin is more quieter than before, thanks to the installation of acoustic glass. The seat leather is much softer and provides better comfort. There is use of more wood in the cabin. Passenger touchscreen infotainment systems are now larger at 10 inches. Other equipment remains more or less same as before.

Improved damping of the chassis and double insulation has resulted in a quieter cabin. Cabin comfort comes in two settings – Comfort and Comfort Plus. The latter makes the car suspension even softer, allowing it to swallow larger bumps without much rattle. Though it is a facelift, there is update in driving dynamics as well.

Engine options are expected to remain same as before for India. These are 730Ld 3 liter diesel and 740Li 3 liter petrol. The former is rated at 262 hp / 620 Nm while the latter delivers 322 hp / 450 Nm. Both come with 8 speed automatic transmission, which sends power to the rear wheels. India launch is set to take place ahead of the festive season. Price expected to start from Rs 1.3 crore, ex-sh. Once launched, it will take on the Mercedes S Class, Audi A8, Jaguar XJL.