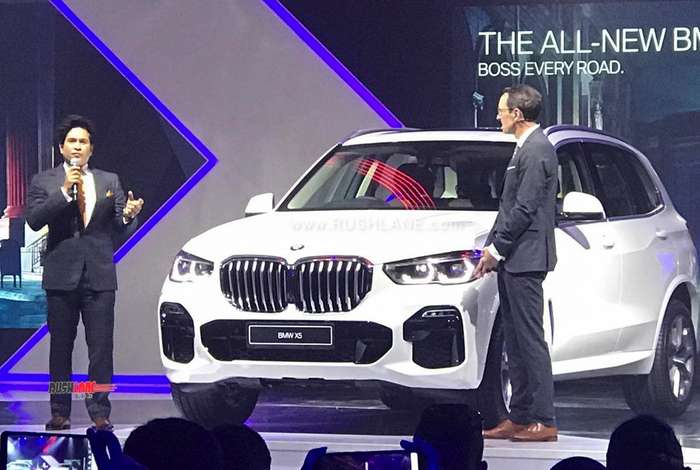 It’s going to be a busy year for BMW India with around 12 launches scheduled for 2019. After launching X4 SUV, Z4 sportscar, 6 Series GT, the German car brand today launched new X5 SUV in India, at the hands of their brand ambassador, Sachin Tendulkar. New X5 made global debut about a year ago. BMW X5 is offered in 1 petrol and 1 diesel engine option. BMW X5 xDrive30d is powered by a 3.0-litre, turbocharged 6-cylinder diesel engine that generates a staggering 265 hp of max power and 620 Nm of max torque.

BMW X5 diesel is available in two trims – 30d Sport and 30d X Line, priced at Rs 72.9 lakh and Rs 82.4 lakh respectively. Petrol variant is offered in a single trim of M Sport, and is priced from Rs 82.4 lakhs. All prices are ex-sh. For now, only the diesel variants will be on sale. Petrol variant will arrive later this year. 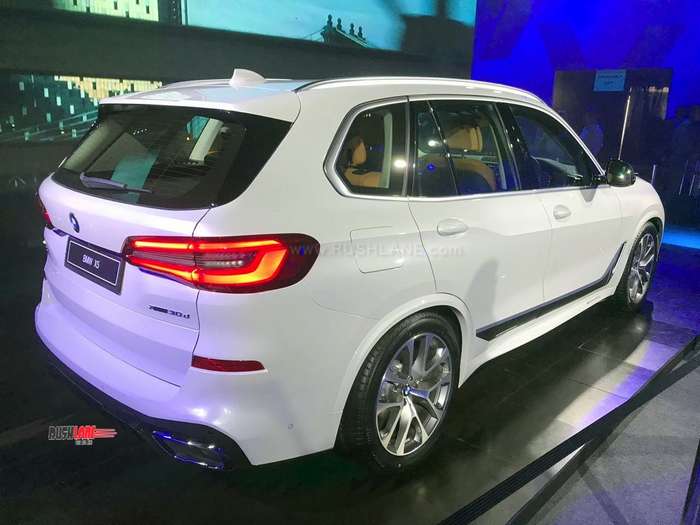 All-new BMW X5 is 4,921 mm long, 1,970 mm wide, 1,737 mm tall, and has a wheelbase of 2,975 mm. As compared to outgoing model, new X5 is 35 mm longer, 32 mm wider and 11 mm taller. It also gains additional wheelbase of 42 mm. This makes fourth-generation BMW X5 the largest X5 ever designed. Since boot space of new X5 is the same as that of outgoing model, all the additional space has been allocated for rear seat passengers. With rear seats up, new X5 has a boot space of 645 litres. With rear seats down, boot capacity increases to 860 litres.

New X5 has BMW’s iconic kidney grille, but headlights and LED DRLs have been updated with a new design. At the rear, the SUV has prominent LED tail lamps, mounted horizontally. Overall, all-new X5 looks a lot more impressive and dominating, as compared to its predecessor. M Sport trim is distinguishable by its larger wheels, snazzy bumpers and sporty features on the inside. M Sport trim is a popular choice on the new 5-Series as well. This is why BMW India had recently introduced 530i in the same trim, in addition to 530d M Sport.

New X5 will take on the likes of Volvo XC90, Mercedes GLS, Audi Q7, etc. BMW India has plans to launch many more cars this year. The list includes new 7 Series, 3 Series, X7 and so on.