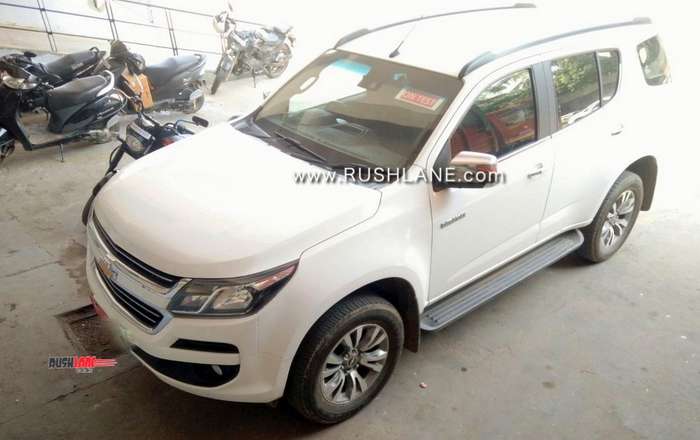 The current global version of the Chevrolet Trailblazer has been spotted in Bangalore with ‘On Test’ board and MH-14 temp registration plate. While the American automaker wrapped up its domestic operations back in 2017, it continues to run its Talegaon manufacturing plant (near Pune) to support its export operations. The GM Technical Center India (GMTC-I) in Bangalore continues to play a vital role in supporting the giant’s global R&D operations.

The presence of this test mule in Bangalore (in fact in a public parking lot very near to GM’s offices) suggests that the Indian R&D team is working on an update for the SUV which is currently sold Latin America, Southeast Asia, etc. It is to be noted that the Trailblazer which received its last update in 2017 is in for a refresh and a mildly camouflaged prototype was recently spotted in Brazil.

As per GM’s global website, the GMTC-I is actively involved in design, analysis and development of vehicles and propulsion systems for global markets. Our guess is, the RHD prototype serves as a test platform for updates that are set to be introduced in Thai-spec, Indonesian-spec, and South Africa-spec Trailblazers. Whatever the reason for the Trailblazer facelift’s presence in India, it is not getting ready for a second run in the domestic market. 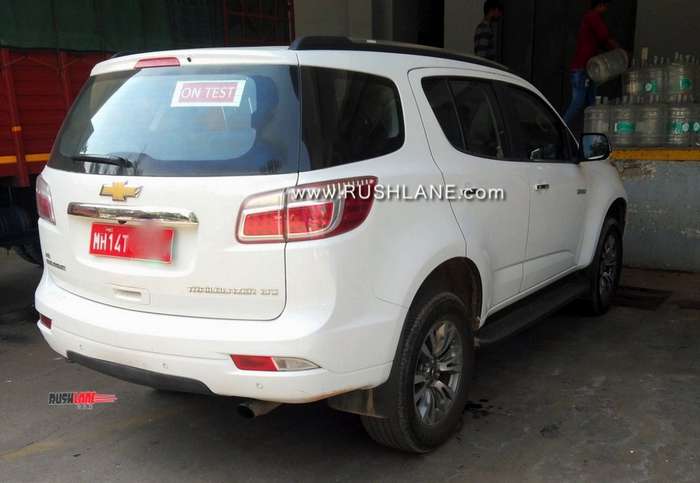 The current version of Trailblazer for the Southeast Asian markets is available with two diesel engine options. The base 2.5-litre four-cylinder engine is good for 180 PS and 440 Nm of torque while the top-end 2.8-liter diesel engine produces 200 hp and 500 Nm of torque. Both engines are available with a 6-speed automatic transmission. Both 2WD and 4×4 configurations are available.

In the recent years, GM has been slowly withdrawing from markets where operations became unsustainable. In 2017 alone, the American automaker withdrew from Indian market and shut down its Halol plant, shuttered its manufacturing plant in Indonesia, and exited Europe by selling the Opel brand to PSA Peugeot Citroen.

Whatever is left of GM’s Southeast Asian operation largely hinges on the Trailblazer SUV and its pickup sibling, the Colorado. The company which recently laid off 4,000 workers is primarily focusing on the US and Chinese markets as of now.