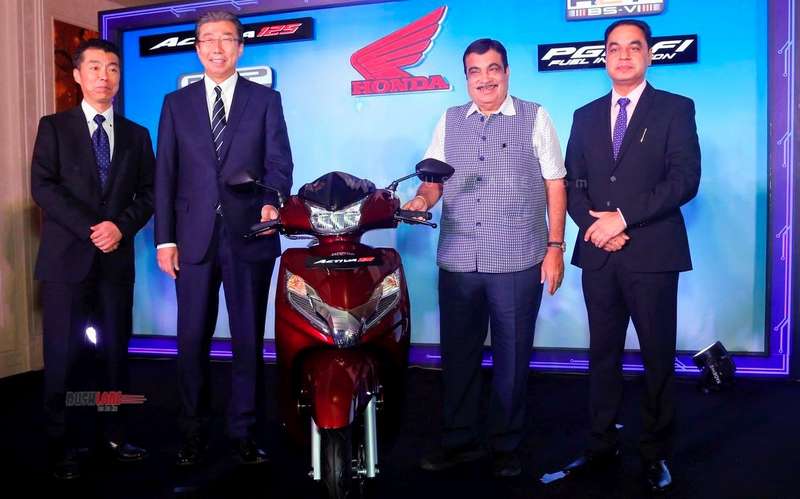 Launched on September 11, Honda Activa 125 FI BS-VI has become the first BS-VI compliant two-wheeler to go on sale in the country. This marks a new journey for two-wheeler segment, where more such products will be launched in the coming months. As per Supreme Court order, only BS-VI compliant vehicles will be allowed for sale from April 1, 2020.

By launching Activa 125 BS-VI around seven months earlier than the stipulated deadline, Honda has gained significant first-mover advantage. Moreover, Activa is already a bestselling product that needs no introduction.

BS-VI engine: Activa’s new engine is not only cleaner, but it will also allow you to travel more per litre of fuel. As compared to its predecessor (BS-IV), the new engine is 13% more fuel efficient. So, overall running cost will be reduced, even though BS-VI Activa 125 is pricier than the old model. 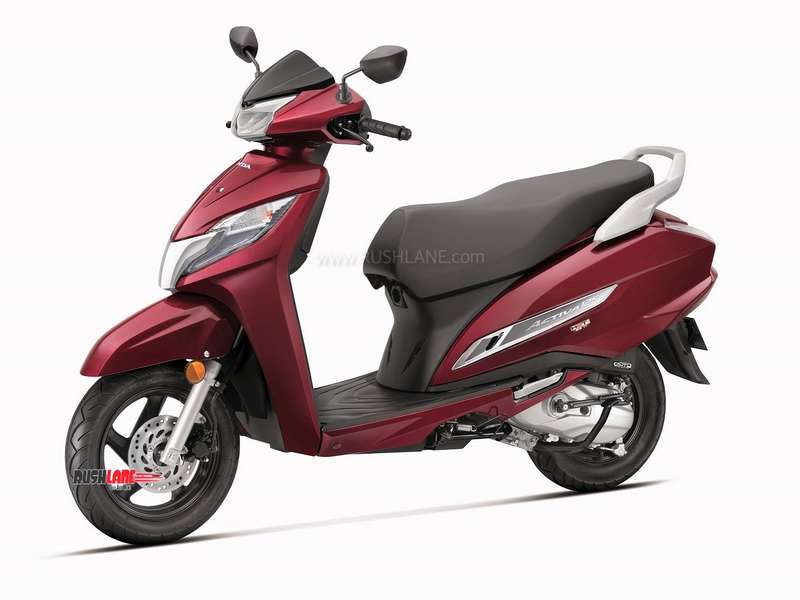 Dimensions: BS-VI Activa is longer, wider and taller than its predecessor, even though both models share the same wheelbase of 1,260 mm. New Activa measures 1,850 mm in length, 707 mm in width and 1,170 mm in height. This is more than BS-IV model that measures 1,814 mm x 704 mm x 1,151 mm. Most of these changes are due to the revised bodywork. There are no changes in the Under Bone frame of Activa 125. 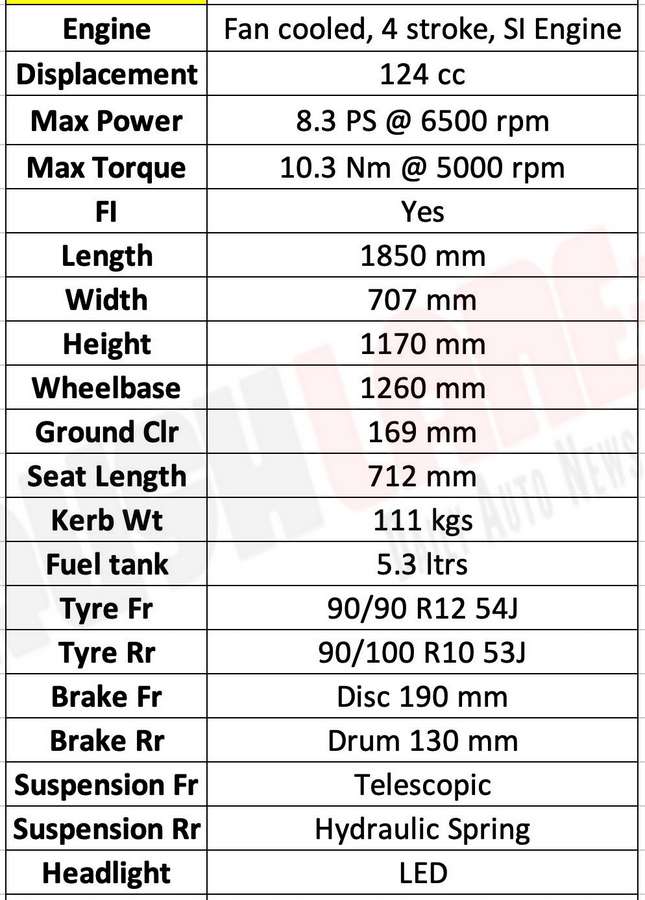 New Features: Honda has introduced several new features in Activa BS-VI such as the silent start system that utilizes an AC generator (ACG), also called an alternator, to start the engine. ACG unit replaces the earlier stator based starting system that made the usual gear meshing sound. Another key addition is Idling Stop System, which helps save fuel by automatically turnng off the engine when idle. Fuel wastage at traffic signals and other brief halts can be avoided with this system.

Activa 125 BS-VI also gets 5-in-1 lock console with dual function switch. The fuel tank lid is now located externally and can be opened via the dual function switch at the front. One does not need to get off the scooter to get fuel, quite like a motorcycle. The dual function switch can also be used to open the under seat storage. Another interesting update is the Pass Switch that allows you to easily overtake other vehicles on the road. 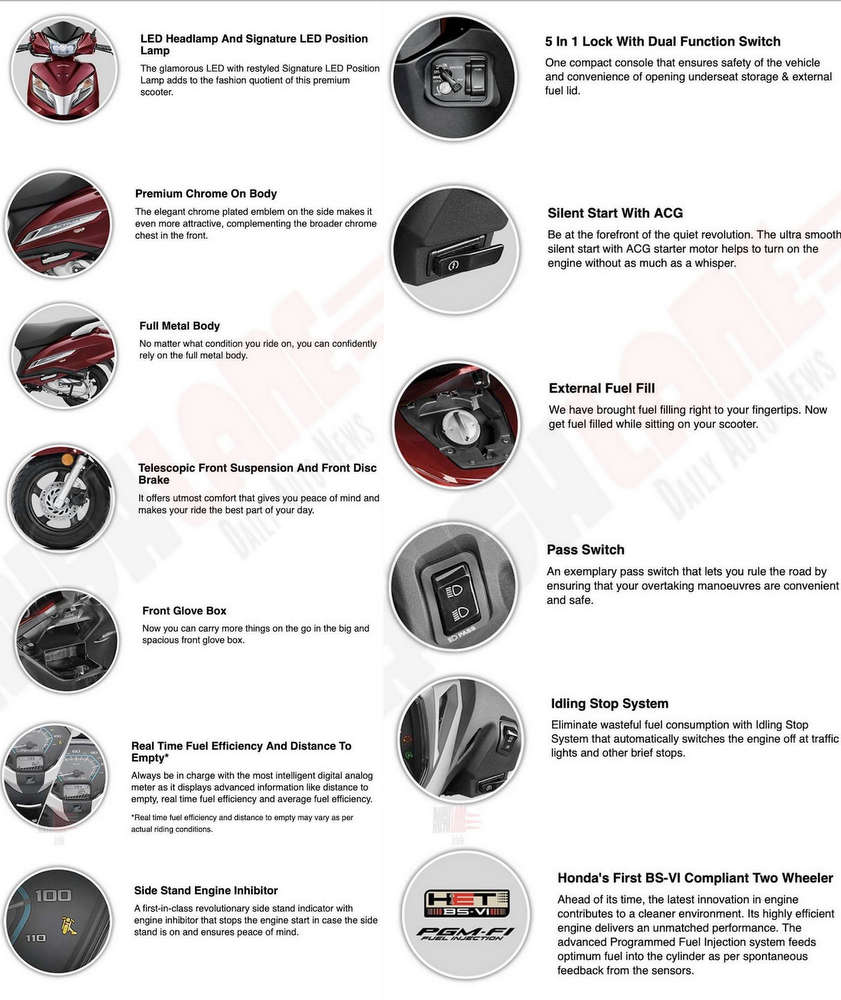 New safety features include a side stand indicator integrated with an engine inhibitor. As long as the side stand is down, the scooter will not start. Activa BS-VI also gets an ECU, which allows more information to be displayed on the instrument console such as distance to empty, real time fuel efficiency and average fuel efficiency. In terms of utility, the scooter gets a front glove box.

Pricing: Honda Activa 125 BS-VI is being offered in three variants – Standard, Alloy and Deluxe – priced at Rs 67,490, Rs 70,990 and Rs 74,490, respectively (ex-showroom, Delhi). In comparison, the older model comes at a starting price of Rs 60,627. That’s a difference of around Rs 7k. This is not something unexpected, as price hike is the norm with BS-VI upgrade. Other 125 cc scooters will also see a similar price hike when their BS-VI versions are launched.