As Hyundai gets closer to readying its next generation Grand i10 for a launch, more spy-shots have started to pour in! The previous shots showed the new Grand i10 wearing regular wheels. Now, recent spy-shots have captured the Grand i10 with machine cut alloys, indicating that it is the top-end variant of the hatchback.

The current generation Grand i10 was first launched in India in 2013, and it was slotted between the i10 and i20. The model later got a facelift in February 2017 which brought in additional features and some cosmetic changes. 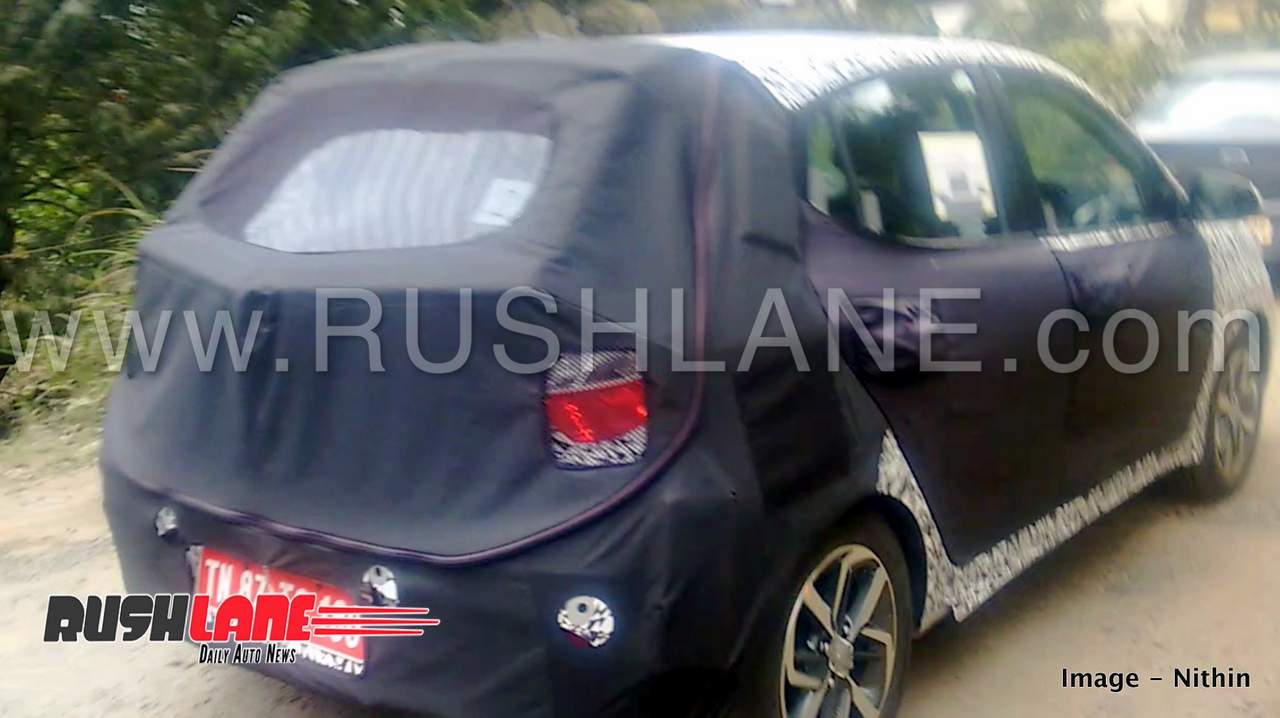 Maruti had introduced the third generation Swift earlier this year and the update made a dent in Grand i10’s sales. A full-fledged model update will help Hyundai gain some lost ground in the segment which sees around 35-40k sales per month. As the new Swift comes loaded with features, it is safe to presume that the top-end Grand i10 will be packed with latest gizmos and gadgetry as well.

The updated hatchback will be based on an all new platform which will help it to meet the upcoming crash-test norms. Earlier, the i10 (previous gen Grand i10) had scored poorly in the NCAP test however the next generation vehicle should fare better, considering the safety features which Hyundai will be adding in.

The South Korean manufacturer is expected to continue with the same engine options on the 2019 model as on the current generation. The 1.2 litre 4-cylinder petrol engine churns out 83 PS peak power and 113.6 Nm of torque while the 1.2 litre 3-cylinder U2 CRDi motor produces 75 PS and 190 Nm of torque. Both the engines offer a good fuel economy; however, the figures aren’t class-leading. The update can bring in some improvements from their current figures of 18.9 kmpl (petrol) and 24 kmpl (diesel).

Post launch, the next generation Grand i10 will continue to compete with Maruti Swift, Tata Tiago, Mahindra KUV100 and Maruti Ignis. Pricing isn’t expected to change much and remain in the Rs 5-8 lakh range or else it would step into its siblings’ territory.