A new version of the Mahindra Jeeto Minivan was recently caught testing in India while it was covered in considerable camouflage. It seems that Mahindra is working on the facelift of the Jeeto Minivan which was initially launched in 2017.

The Jeeto Minivan shares its platform with the Jeeto Minitruck, which happens to be a sub-1 tonne load carrier. The Minivan is currently offered in two body types, hardtop and semi-hard top. It comes in 3 colour options, Diamond White, Ultramarine Blue and Sunrise Red. 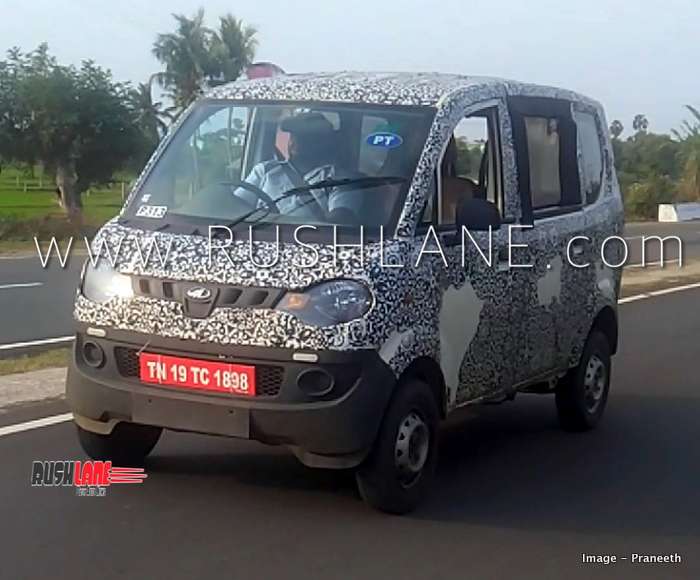 There is no clarity if Mahindra is just planning on a facelift with some cosmetic changes and additional creature comforts or also testing a BS-VI compliant engine. The possibility of the latter is high as it is about time that OEMs commence road-testing of BS-VI products to ensure that they are production ready before the BS-VI norms kick in April 2020.

The Jeeto Minivan comes powered by a single cylinder 625cc water cooled diesel engine which dishes out 16hp and 38 Nm of torque. Officially, the Jeeto Minivan can accommodate 4 or 5 occupants (including the driver) depending upon the seating configuration option which has been chosen by the owner. However, short distance taxi operators notoriously add in some extra seats and fit in 6-7 people on a regular commute. 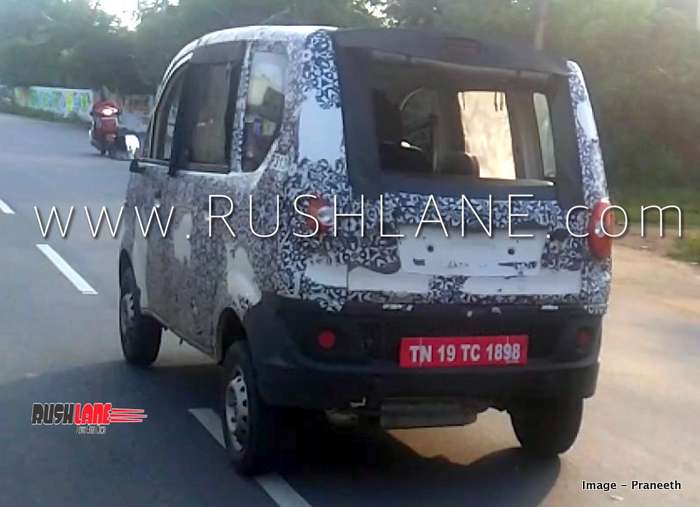 In addition to this, Indian govt will soon allow quadricycles and such minivans to be sold for private use. As of today, such vehicles are only allowed for commercial use, with yellow number plate. Soon, you will be able to use as personal vehicle with white number plate.

Currently the major competitor of the Minivan happens to be the Tata Iris. However with changes in regulations, the Bajaj Qute could also become one competitor to the Jeeto Minivan in the future.