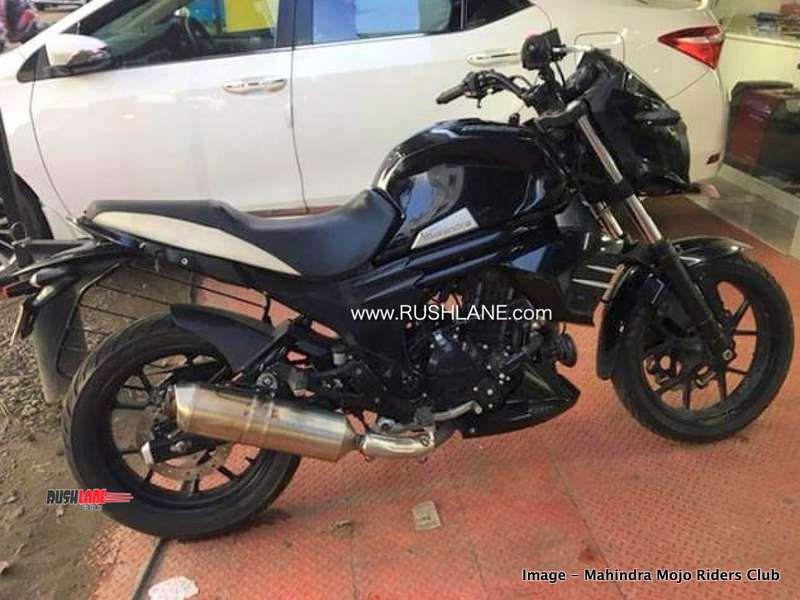 Just when we thought the Mahindra Mojo might have reached an unceremonious end, a test mule of an updated version has surfaced in public. The prototype indicates that Mahindra has ditched the two tier UX and XT variant lineup and reconfigured its flagship product to optimize cost and compatibility. In other words, the new single variant of Mojo is a blend of previous variants.

We can see quite a few cost cutting measures but MTWL didn’t skimp on safety. The Jijuan braking system has been replaced by a Bybre unit with 320 mm petal disc at the front and a regular 240 mm disc at the rear. The motorcycle receives standard dual-channel ABS. 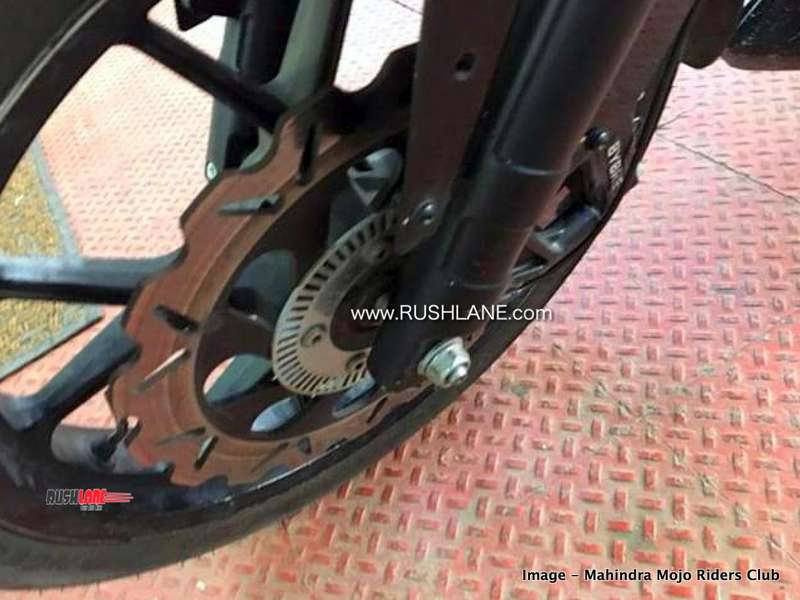 Mahindra has opted to employ a regular telescopic front fork with a brace for better off-road performance instead of continuing with the expensive inverted telescope fork. The bike also eschews one of its two exhaust canisters for cost optimization. The single canister is now mounted slightly higher to enable better cornering.

Mahindra has also reportedly tweaked the rake angle to improve slow speed handling. The 2019 Mojo wears Pirelli Angel GT tyres. The reconfiguration has resulted in significant weight saving and this should translate into noticeable improvement in acceleration. To help if further, the motorcycle receives a slightly larger sprocket.

The 2019 Mahindra Mojo ABS is also reported to have received tweaks to the powertrain to make it compliant with the upcoming BS-VI norms. So, the company does not need to worry about missing another crucial deadline which would result in loss of sales. The 295 cc single-cylinder liquid-cooled engine employ fuel-injection to produce 27.19 hp. Transmission continues to be a 6-speed unit.

The cost cutting changes to the Mahindra Mojo would significantly offset the additional cost associated with dual-channel ABS and BS-VI upgrade. We expect the new model to go on sale anytime soon with a price tag in the same ballpark as the previous XT 300 variant (around INR 1.6 lakhs, ex-showroom).