Mahindra had first launched the tank-inspired TUV300 in 2015. However the model didn’t live up to company’s expectations. The sub 4 metre compact SUV started off well with a healthy 4k per month sales though the momentum couldn’t be sustained. Mahindra is now working upon the next iteration of the vehicle which can keep up with market’s demand, and potentially bring in higher sales volumes.

Since its launch, Mahindra has continuously tried to bring in updates to the TUV. First major mechanical update included introduction of the engine in 100hp configuration, in addition to the 80hp set-up. Later, Mahindra introduced a new top of the line T10 variant with added features like a touchscreen infotainment unit. Recently, it also introduced the TUV300 Plus variant which can officially seat 9 passengers. 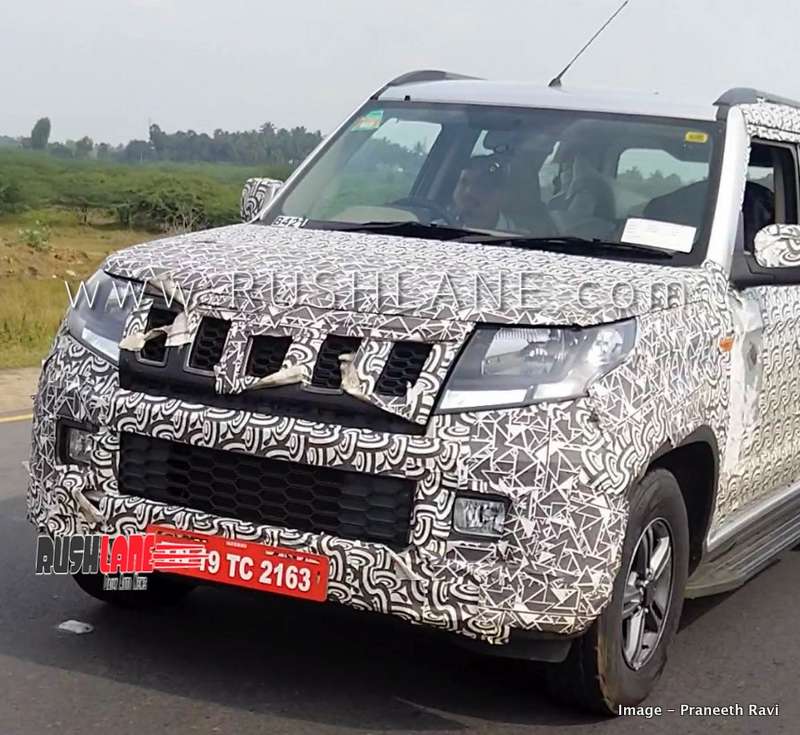 However, the upcoming face-lift will be the first comprehensive update to the TUV which currently manages around 2k per month sales. The update will bring in a redesigned chassis which would be required to meet the upcoming crash-test norms. The updated TUV300 is currently on test, and was recently spotted by automotive enthusiast Praneeth Ravi on the ECR road near Mahabalipuram.

2019 Mahindra TUV300 gets new headlight with LED DRLs, new alloy design, new grille, new spare wheel mount and cover on the tailgate. It has also been reported that Mahindra has started working on the 1.5 litre engine to make it BS-VI norms compliant. In the future, the engine could also be shared with other products from Mahindra’s stable. 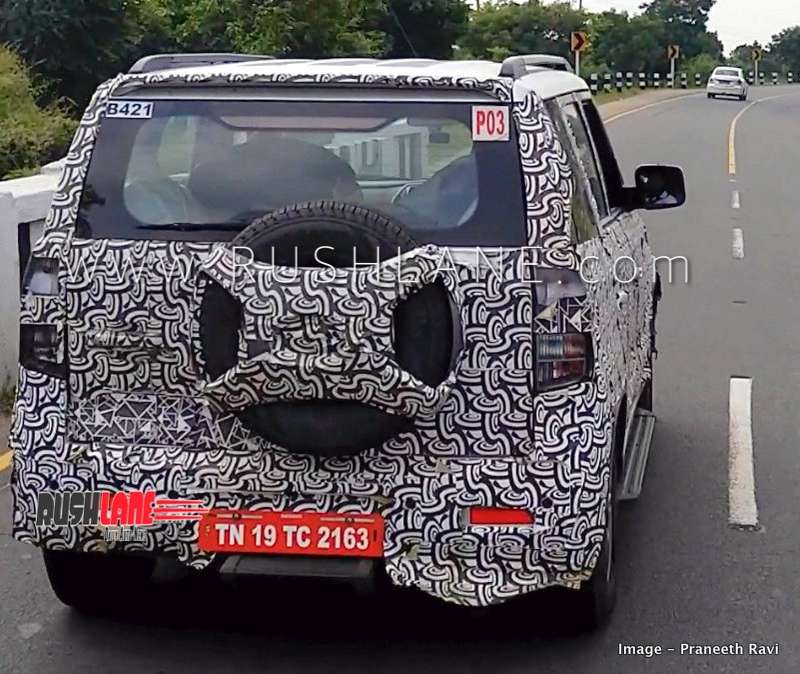 Mahindra has already launched 2 new product launches this financial year. The first one being the Marazzo and the second being the Alturas. They are now getting ready to launch XUV300 and the TUV300 facelift; both of which will be direct competitors to the Tata Nexon and Maruti Brezza.

With the launch of these 4 new products and other mid-life upgrades to its line-up, Mahindra hopes to regain its dominance in the Indian SUV space, which is currently being ruled by Maruti Suzuki. Mahindra is also having a tough time to hold its position as the third largest OEM, as Tata Motors and Honda are giving it stiff competition for the coveted spot.