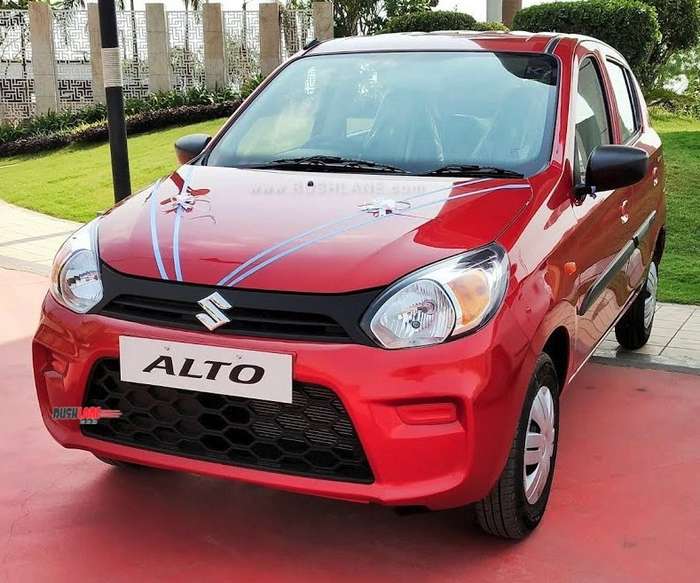 In what is a last hurrah, Maruti Suzuki has given its iconic Alto small car a safety upgrade with only a few months left in its life span. The Alto facelift has already started reaching dealer stockyards in the country. Launch price is about Rs 25k higher than existing Alto 800.

The automaker is expected to reserve the fanfare for the next generation Maruti Alto which is slated to be introduced by September 2019, in time to meet the mandatory crash test deadline (1st October 2019). So, the update for the old version is an interim measure.

With standard driver airbag, ABS, reverse parking sensor, speed alert system, and seat belt reminder for front seat occupants, the Maruti Alto facelift now complies with the safety norms mandated by Bharat New Vehicle Safety Assessment Program. However, the platform which has been soldering for decades with only minor changes would not be compliant with the upcoming crash test norms. Making the ageing 800 cc three-cylinder motor meet the stringent BS-VI norms is also a difficult task.

The Maruti Alto is the best selling car in the country. Hence, it is not surprising that investment has been made to update the car even though it is meant to last only for a few months. Visually, the 2019 Maruti Alto features a revised front grille, new badges, and dual-tone dashboard which is borrowed from the Alto K10. Expect a considerable increase in the price tag.

The next generation Maruti Alto is expected to be an entirely different product. To be based on Suzuki’s modular lightweight Heartect platform (with better crash safety) which also underpins the new WagonR, the new Alto would adopt a crossover-ish styling.

The new small car will offer modern interior with more space and equipment than the outgoing model. The powertrain lineup would also be all new. There is a possibility that Maruti could employ a downsized 660 cc three-cylinder turbocharged petrol engine (derived from Japan-spec Kei car model) instead of an 800 cc unit. The new Maruti Alto will be going head on with the Renault Kwid which introduced the crossover-ish styling in the small car space.