Maruti is all set to launch the 2019 Baleno soon. With the update, Maruti will be bringing in some cosmetic changes to the hot-hatch which was first launched in the country in 2015. At the moment, bookings for the facelift have opened up at NEXA showrooms and one can go and book the car for a booking amount of INR 11,000.

The current Baleno hasn’t received any significant update since its launch which took place 4 years ago. The only major update which the Baleno brand received was the introduction of Baleno RS, which happened in 2017. But sales have been commendable.

Maruti says, “With a staggering 14% growth in first nine months of 2018-19 over last year, Baleno holds the industry record of fastest 5 lac sales milestone within a record time of 38 months. With cumulative sales of over 5.2 lac units, Baleno holds over 26% of market share in the A2+ segment of country’s Automobile Industry.”

We had released our render of the 2019 Baleno, based on the spy shots. Now, Maruti has officially teased the car, and revealed interesting new details. “New Baleno, the style icon of Nexa has been refreshed with a fresh sense of premium-ness and class-leading features which is set to retain its leadership status in the segment,” adds Maruti. 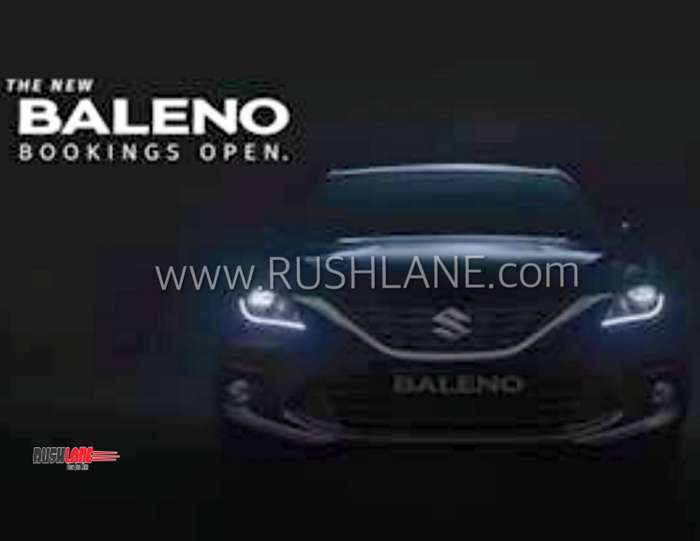 Maruti says, “Baleno will arrive in its striking new stance complimented with new and aggresive front design. The interiors are upgraded with refreshred premium ornamentation. The new Baleno will offer additional safety features like speed alert system, co-driver seat belt reminder and rear parking assist sensors. These are over and above the standard dual airbags, child seat restrain system (ISOFIX), Pre-tensioner and force limiter seat belts and ABS with EBD.”

Just as before, Maruti will be retailing the Baleno through its NEXA channel. Post launch, the Baleno will compete with Hyundai i20 Elite, Honda Jazz and the upcoming hot-hatch from Tata Motors. Currently, the Baleno retails from INR 5.38 lakhs and its top end is available at INR 8.49 lakhs. Prices might get a little hike due to the updates which the 2019 version will be coming along with.