Maruti WagonR, one of the company’s more popular models ever since it was launched in 1999, is set to get a new generation update. The next gen WagonR has been spied on test in India, and though heavily camouflaged, several exterior features have come to the fore.

Thanks to the spy shots, it is confirmed that the new WagonR for India is infact the 6th generation WagonR which is already on sale in Japan. What we have in India today on sale is the 2nd gen WagonR. 3rd gen of WagonR never came to India, 4th gen was launched as Stingray, 5th gen was skipped. But no more skipping new gen, as India is all ready to implement Bharat NCAP from next year.

Once Bharat NCAP is implemented, no car maker will be able to sell a car which does not pass the crash test. And WagonR being one of the top 5 best selling car in India, Maruti would definitely want the car to be on offer after Bharat NCAP implementation as well. Which is why we will be getting the new Maruti WagonR 6th gen early next year, reports Car and Bike.

Based on Maruti’s new Heartect platform which also underpins the Ignis, Baleno and Swift, 2019 Maruti Suzuki WagonR will get bigger and longe than before. It will get larger windows and vertically stacked tail lamps. Larger headlamps in a square design, revised bumper and large air dam will also be a part of its front end features while the sides see a prominent line running across the profile. Changes to the rear include a large windscreen and tail lamps positioned below the bumper. 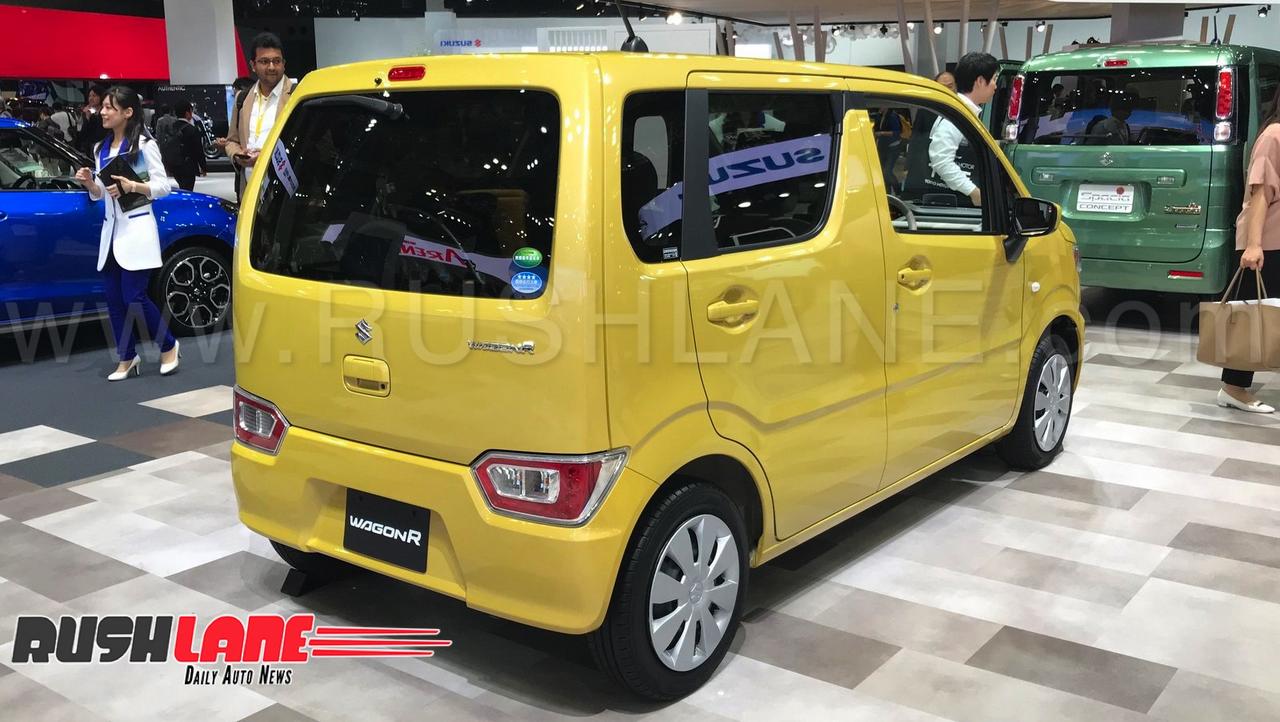 Interiors get more premium with a larger touchscreen infotainment system, power windows and manual air conditioning. The new WagonR also gets enhanced safety features with ABS offered as standard, seat belt warning light, reverse parking sensors and twin airbags which will comply with new safety norms coming into effect from October 2019 and will also adhere to the new crash test regulations being introduced in India.

Engine specifications on 2018 Maruti Suzuki WagonR will be the same as that seen on its current counterpart. New WagonR 5 seater variant will be powered by a 1.0 liter petrol engine. Transmission options will be in the form of manual 5 speed and AMT. The new WagonR could also get CNG and LPG fuel options at launch. Expect a slight bump in price tag, thanks to added features and improved safety. 2019 Maruti WagonR price range est. Rs 4.5 to Rs 5.5 lakhs.