Maruti Suzuki India has seen outstanding success over the years with the WagonR hatchback. The company is now getting ready to launch the new generation WagonR, which is expected to take place in Jan 2019. This new WagonR has been spied undisguised ahead of launch, it is different from the WagonR electric which is being tested in India.

Just like the current WagonR, the new one too will be powered by a petrol engine. CNG option will also be on offer. 2019 WagonR hatchback will enter production at the company plant in Manesar in the coming weeks. It will take the place of its current model and will be offered in two styles of Regular and StingRay. 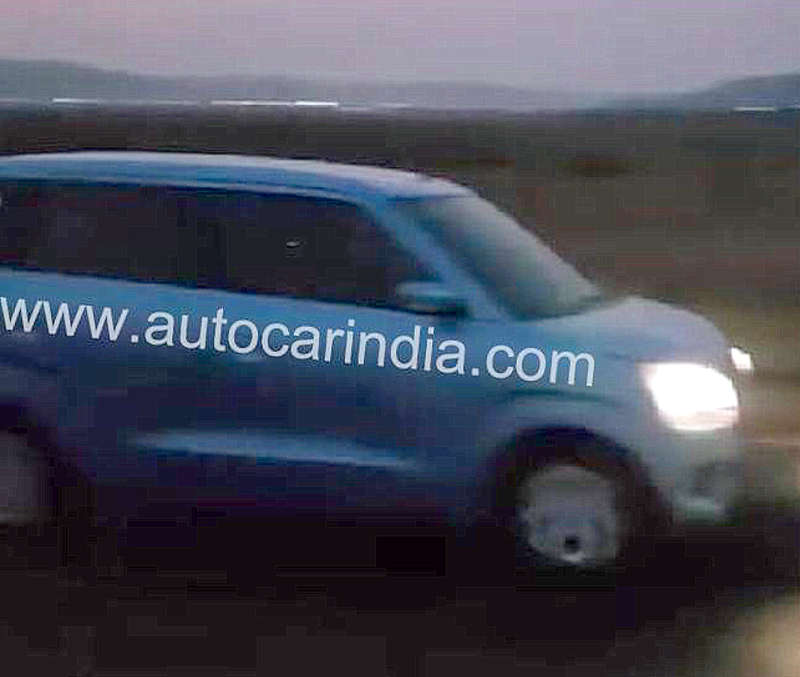 It will continue to sport its tallboy design, but will be based on a new platform, which is lighter and stronger than before. Thanks to the platform, new WagonR will be longer and wider than before. It will also be shorter than before, thereby increasing drive and handling performance. Current gen WagonR does not meet safety and crash test norms. But the new one meets all the norms.

Leaked images are a bit blurry, but give an indication as to how the rear and side profile will look. The rear gets an SUVish design, with the tall and butch stance. The side profile gives reminds of the Ertiga. Make no mistake, the WagonR seen in spy shots is a five seater variant. 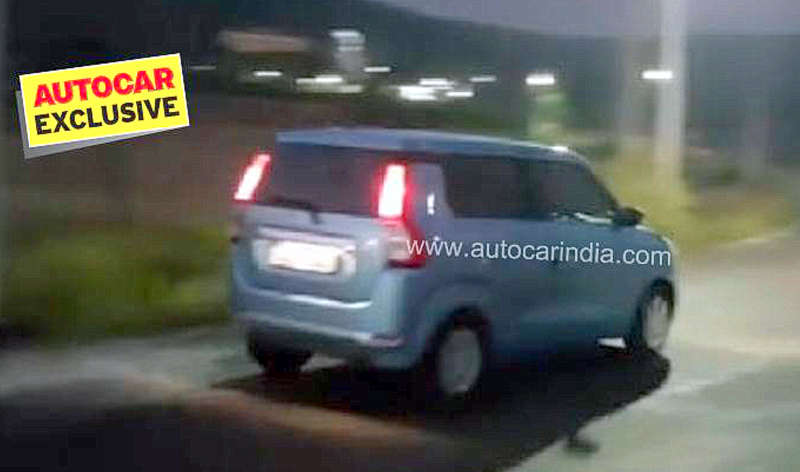 The current WagonR is the 4th generation model while the soon to be launched WagonR is the 6th generation. This skipping of a generation is due to new Bharat New Vehicle Safety Assessment Program with stricter crash test regulations. To comply with these new safety regulations, the new WagonR will get dual front airbags, ABS, EBD, reverse parking sensors and speed warning system. It will also see some refinement in its interiors offering better driver and passenger comforts. Set to target the new Hyundai Santro and Tata Tiago, it will come with a touchscreen infotainment system.

The new WagonR, in LX, LXI, VXI and VXI Plus trims, will continue to be powered by same engine lineup as is seen on its outgoing model. This 1 liter, 3 cylinder K-Series petrol engine offers 67 bhp power at 6,200 rpm and 90 Nm torque at 3,500 rpm mated to a 5 speed manual or AMT gearbox. The engine is slated to be offered with CNG-Petrol and LPG-Petrol dual fuel options in some markets.

Despite its various updates, there is likelihood that the new Maruti WagonR will be priced similar to its outgoing version; which is from Rs 4.2 to Rs 6.00 lakhs. The new WagonR will compete with the Tata Tiago, Renault Kwid and Hyundai Santro.