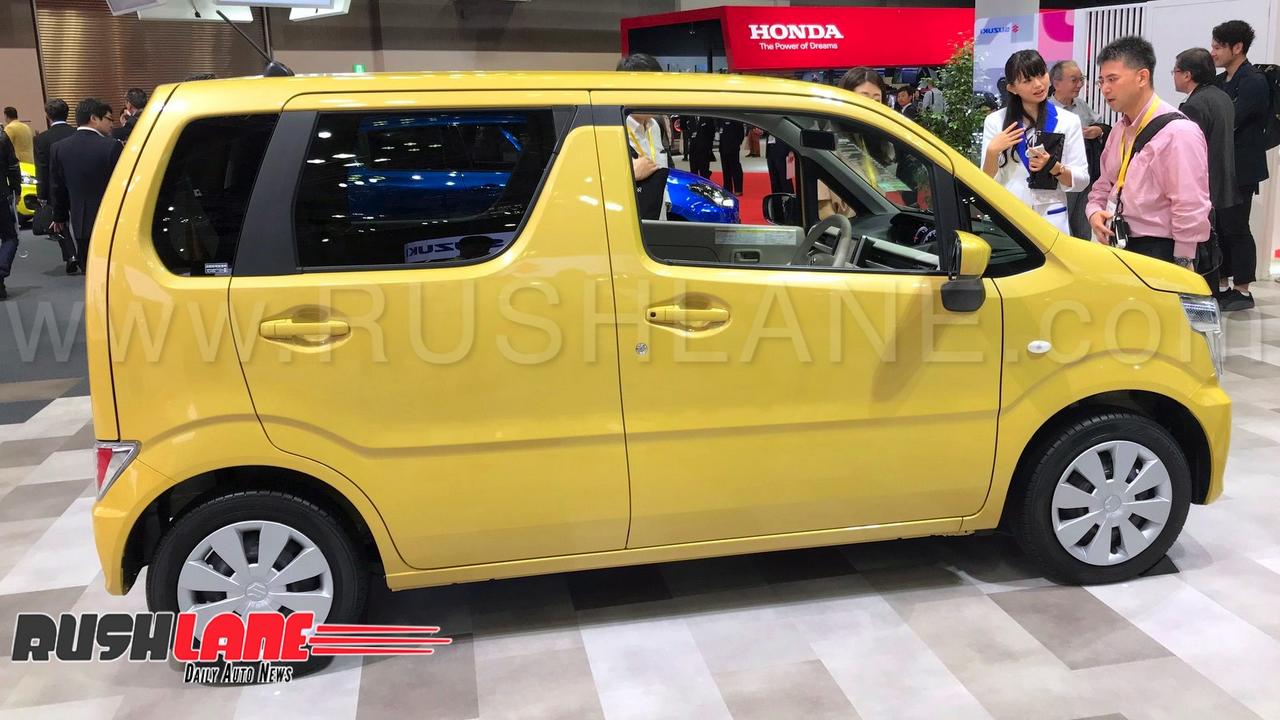 Maruti Suzuki India Limited, leading automakers in India, have been actively testing the new WagonR which will launch early next year. It would be a direct competitor to the 2018 Hyundai Santro, which will launch in India on 23rd October.

Maruti Suzuki WagonR will be a complete model replacement of its current version. Just like the international spec new WagonR, which is based on Suzuki’s HEARTECT platform, Indian variant is also expected to be based on the same platform. But, there is a possibility that the company could use an improved version of the current platform which would allow the company to keep prices at affordable levels.

This next-gen WagonR will receive a new exterior design and interior layout. To be offered in LX, LXI, VXI and VXI Plus trims, the WagonR will measure 3,599mm in length, 1,495mm in width and 1,670mm in height while wheelbase will measure 2,400mm while boot space will stand at 250 liters.

Continuing with its tall-boy design, the India spec model will share the same design cues like the version on sale in Japan. A chrome grille, chunkier headlamps with projector setup, larger bumpers and alloy wheels will be among its exterior features while interiors will be completely different as compared to its current model.

Better quality material will be seen in terms of upholstery and door paneling in an all black color scheme as compared to the black and beige color scheme seen on it current generation model. The dashboard will sport a touchscreen infotainment system which will enhance its premium appeal.

Other features will include keyless entry, tilt telescopic adjustable steering wheel, automatic climate control and parking sensors with camera. In terms of safety, it will get dual airbags, ABS, EBD and ISOFIC child seat mounts.

2018 Maruti Suzuki WagonR will get its power via the same engine and transmission options seen on the current model. This 1.0 K Series engine will offer 67bhp power and 91 Nm torque mated to a 5 speed manual transmission or an optional AMT. Mileage figures also remain unchanged at 16 kmpl in city limits and at 22 kmpl on the highway.

While the current WagonR is priced at Rs 4.1-5.31 lakhs, the new generation WagonR is expected to get a bit more expensive. Once launched, it will compete with the Tata Tiago, Renault KWID and soon to be launched Hyundai Santro.