2019 Mercedes G Class has scored a 5 star rating, when tested by the European New Car Assessment Program (Euro NCAP). The redesigned G Class boasts of a body on frame set up which for the first time gets an independent front suspension, which showed commendable results when put through these stringent safety tests.

The latest crash test proves that the new Mercedes G Class is nothing less than a fortress on 4 wheels. It was able to tackle barriers and scored high in frontal and side impact while it avoided pedestrians equally efficiently. 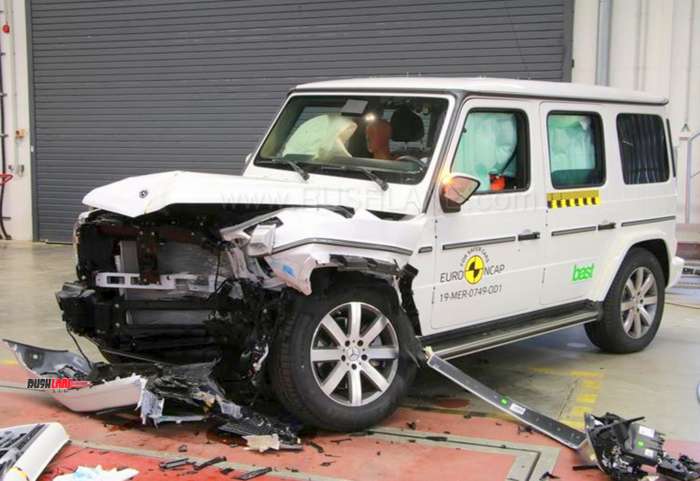 Automatic Emergency Braking was seen to function well at highway speeds though it was noted that the G Class kept drifting out of the lane. The existence of a speed control system with digital mapping with camera allowed for better control over speed with inputs to the driver who could then set limiter to required speed. The Mercedes G Class also comes in with seat belt reminder for front and rear seats.

Mercedes-Benz’s rugged G-Class also comes in with a five-star rating with an impressive performance in each of the four areas of assessment – Euro NCAP.