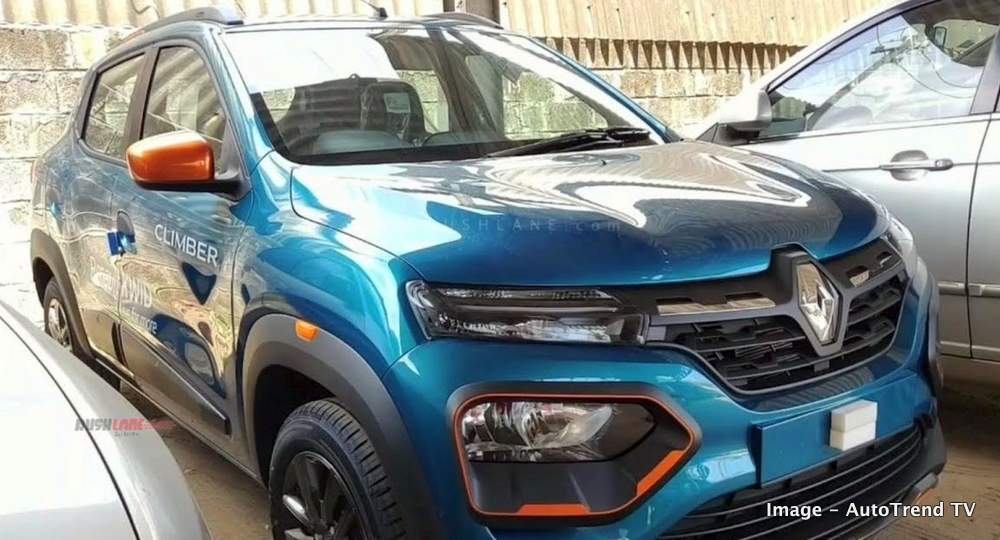 Renault has timed the introduction of its Kwid Climber facelift in a bid to counteract the Maruti S-Presso which has been launched today. The initial response garnered by the Renault Kwid back in 2015 clearly demonstrated that there is a huge market for low-cost crossover-ish hatchback in India. This has inspired Maruti to come up with the S-Presso.

The 2019 Renault Kwid Climber facelift has started reaching showrooms and is set to be introduced tomorrow. The facelifted version receives sleeker headlamps and prominent low-set auxiliary lamps. Renault has revised the grille to align it with its global design identity.

The Climber being an accessorized version receives chrome highlights on the grille, side rub-strips, darkened hub-caps and roof rails with orange accents. Rest of the design has been carried forward from the existing version. It has to be said that, in terms of aesthetics, the Renault Kwid facelift is easily superior to the boxy Maruti S-Presso which makes do with and near-flat sheet metal panels. Watch the detailed walkaround video below, credit to YouTube channel AutoTrend TV.

Inside, the 2020 Renault Kwid facelift is equipped with a new touchscreen infotainment display which is borrowed from the newly launched Triber. The steering wheel appears to be new as well and accessorized variant sports orange accents on the dashboard, door trims, around gear shifter console and on seat covers.

2019 Kwid facelift will be available with BS4 compliant engine at launch. It will be updated to BS6 standards closer to April 2020 deadline. The 0.8-liter and 1.0-liter petrol engines would be retained. The former is tuned to deliver 54 hp and 72 Nm of torque while the latter is good enough for 68 hp and 91 Nm of torque. A 5-speed manual gearbox is standard across the range while the larger engine can also be specified with a 5-AMT.

The Renault Kwid Climber faceilft is expected to have a slightly higher price tag compared to its successor. It would be interesting to see how the Kwid fairs against its first proper direct rival, the S-Presso. Launch price of S Presso is in the range of Rs 3.7 lakhs to Rs 4.91 lakhs, ex-sh.