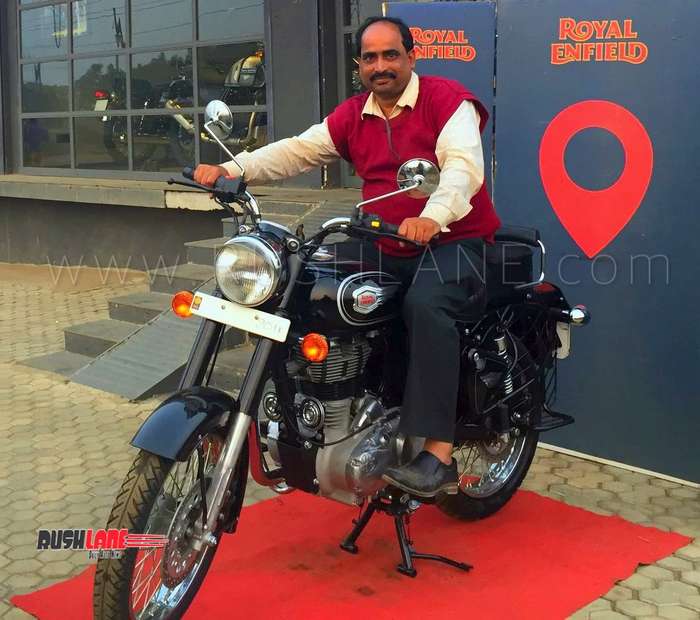 Royal Enfield Bullet 500 is offered in color options of Black and Forest Green. Prices of both colors with ABS are the same. The introduction of ABS on the entire company lineup, is in accordance with recent government mandate which requires all motorcycles powered by a 125cc engine and above to be equipped with ABS safety feature by 1 April 2019.

Royal Enfield Bullet 500 is one of the earliest RE motorcycles to be launched in India. Over the years, nothing much has changed for the Bullet other than the fact that it now gets dual channel ABS, just like other RE motorcycles on sale in India and abroad. 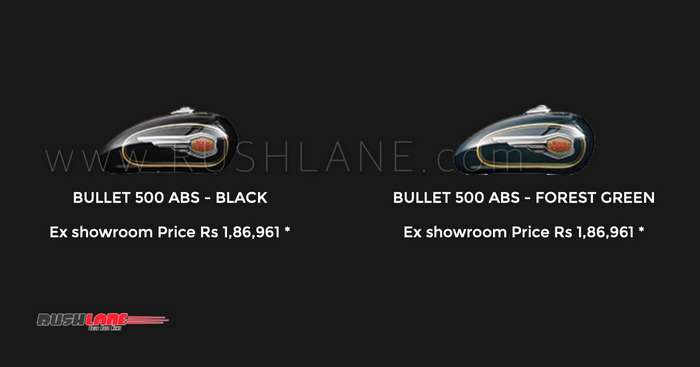 This ABS unit on the Royal Enfield Classic 500 is the same Bosch sourced ABS unit seen on the recently launched Classic 350 Signals. Compared to the older Bullet 500, which was fitted with 276mm disc brake in the front and 153mm drum brake at the rear, the new one with dual ABS is 14k more expensive.

It also gets electric start and a 3D Royal Enfield badge. Suspension setup is same, with 35mm telescopic front forks and twin gas charged shock absorbers with adjustable pre-load at the rear. At 194 kgs, the Bullet 500 is one of the heaviest RE motorcycles.