The seventh generation of Toyota Camry entry D-segment sedan has been in existence since the last six years in India and it is a about time for a new gen Camry. It’s to be noted that there are two visually different versions of Toyota’s immensely popular sedan – one for the US and one for the European markets.

The one in India is derived from the European model and looks a bit understated compared to its sportier looking American counterpart. Interestingly, a fully camouflaged prototype of the pre-facelift US-spec Camry has been spotted testing in India. A closer observation of the front fascia reveals the headlamps and grille are narrower than the model that is currently on sale in India, and are very consistent with the American Camry. The bumper with horizontal slats further confirm the prototype’s identity. 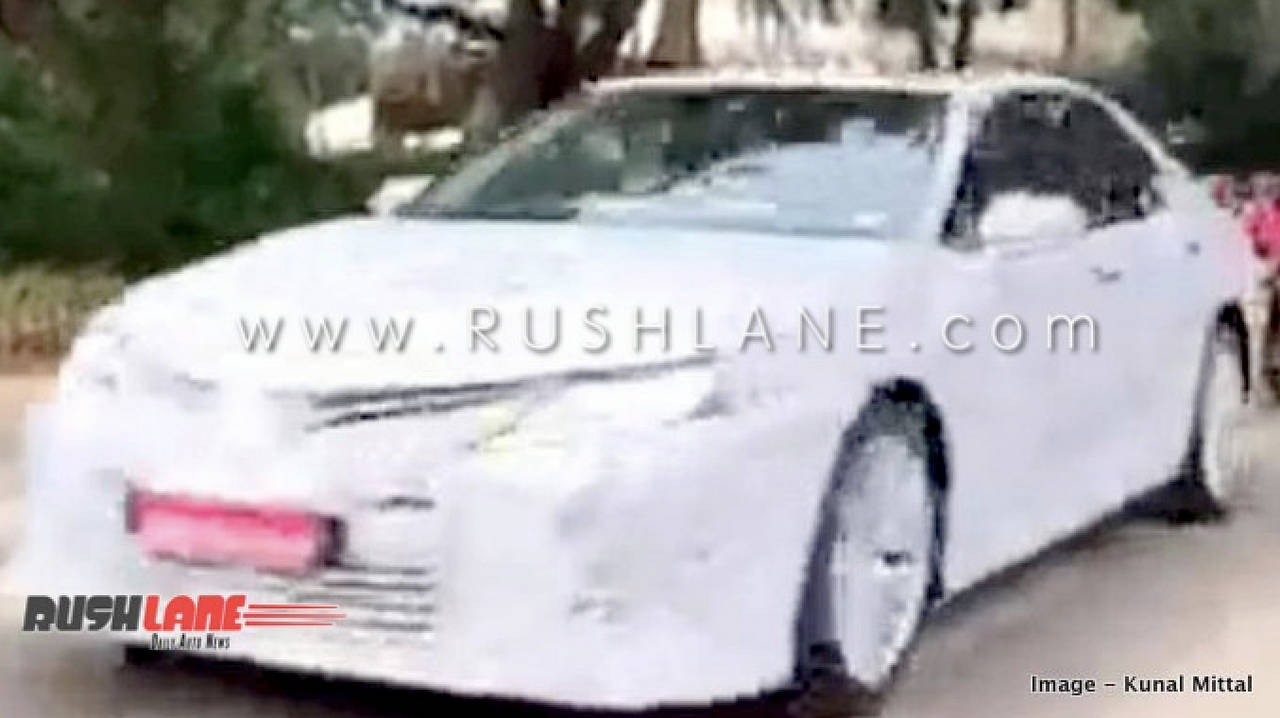 The greenhouse, the rear taillight detailing, shape of license plate enclosure, and shape of the reflectors mounted on the lower part of the bumper are all also identical to the US-spec 2018 Camry. The sedan recently received a 2019 model year update in the US market that sees slight modification to the front and rear fascias but we are certain that the prototype spotted in India has none of those changes.

Both US-spec and India-spec versions of the Toyota Camry are powered by the same 2.5-litre four-cylinder naturally aspirated petrol motor which is supported by a permanent magnet synchronous motor. While the individual power outputs of the IC engine and electric motor are different between the US and Indian models, the combined outputs of the the hybrid systems are nearly identical (US car is good for 208 PS while Indian model offers 205 PS). 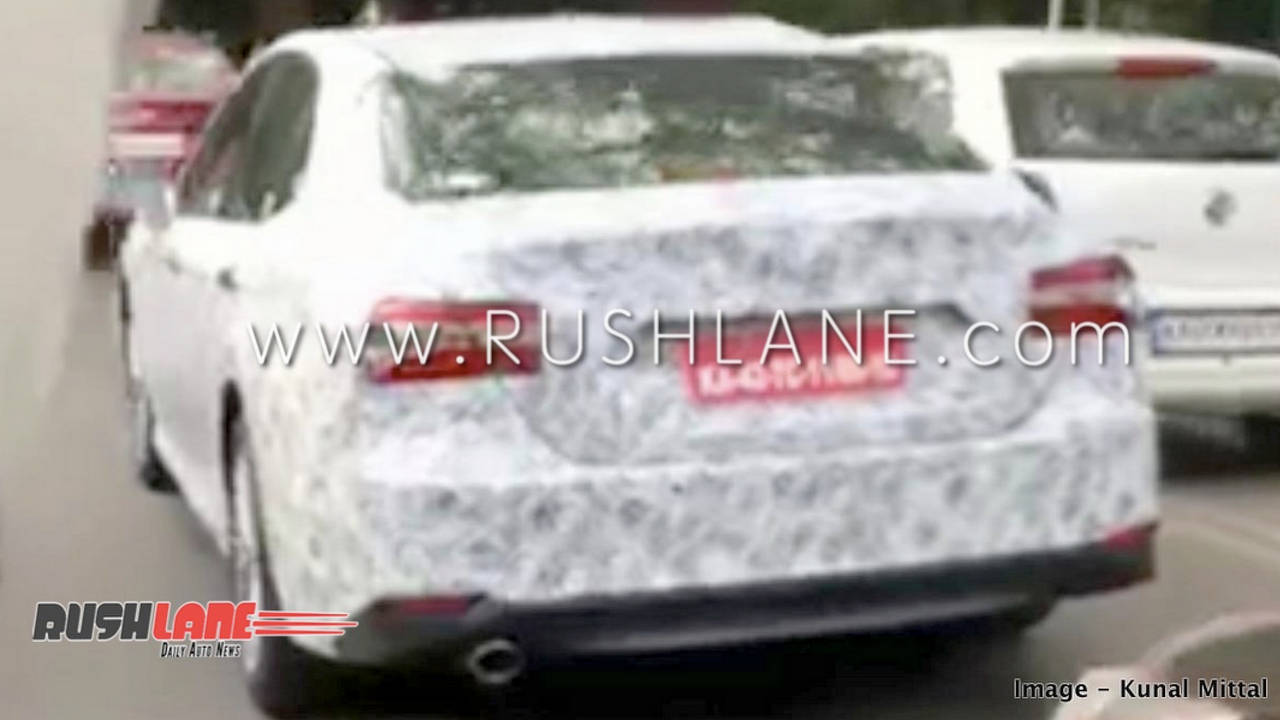 The US-spec car is categorized as a Super Ultra Low Emission Vehicle (SULEV) in the local market and that’s probably the reason why Toyota is testing the vehicle in Indian conditions to understand how the hybrid system performs in our environmental conditions and fuel quality. After all, India is gearing up to upgrade to BS-VI emission norms by 2020 which is going to be much stricter than the current BS-IV norms.

India will get the new generation Toyota Camry ASEAN spec variant. Built on the GA-K version of the TNGA platform, that it shares with the Lexus ES300h, the new Camry will be longer and wider. Entry level variant will get a retuned 2.5 liter petrol engine generating 176 hp and 221 Nm, while the top of the line hybrid variant will get new petrol engine, in combination with electric motor – combined output stands at 208 hp.

Launch will take place next year, with an approximate starting price of Rs 32 lakhs. In India, it will rival the likes of Skoda Superb. Take a look at the new Camry’s photos below.